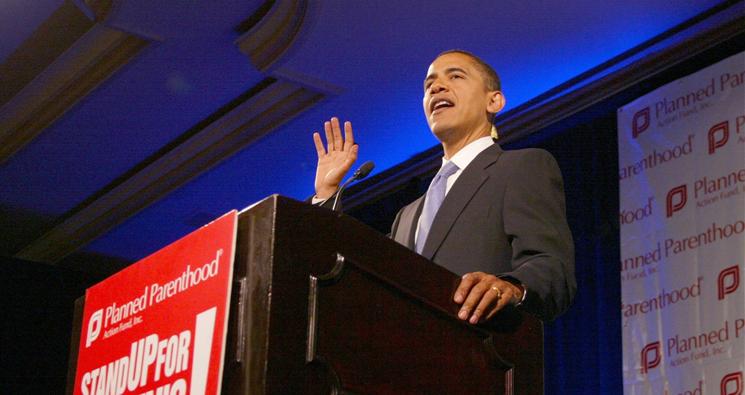 The U.S. Department of Planned Parenthood

US Department of Planned Parenthood

Anyone who doubts that the current administration is in the back pocket of Planned Parenthood need only consider the latest personnel shift at the U.S. Department of Health and Human Services (“HHS”).

Normally, an appointment to a deputy assistant to anything in our federal bureaucracy is hardly worth a mention. But this personnel choice is yet another indication of the tight relationship between the president and Planned Parenthood. In fact, just last month, President Obama personally appeared in a video produced by and for the Planned Parenthood Action Fund.

When Tait Sye was spokesman at Planned Parenthood, he made it clear that religious employers should be forced by the federal government to include abortion and contraceptive services in their group health insurance plans, no matter the sincerely and long held religious beliefs at stake.

“It should not be left up to a boss’s personal beliefs whether his employees should be allowed birth control coverage,” Sye said.

Religious charities and services that object to abortion, sterilization, or contraception do not object to these services based on whim or caprice. Catholics, for example, have opposed these practices for centuries.

Indeed, when the mandate was being cobbled together, HHS Secretary Sebelius chose not to consult with the Catholic Bishops, who faced the fullest brunt of the mandate. She didn’t even seek guidance from the Department of Justice regarding its legal implications or constitutionality.

Who played a critical role in aggressively pushing the mandate? CEO of Planned Parenthood, Cecile Richards.

Given the enormous influence that Planned Parenthood continues to wield with HHS, including this latest shift in personnel, HHS might as well rename itself, for it’s fast becoming: the U.S. Department of Planned Parenthood.