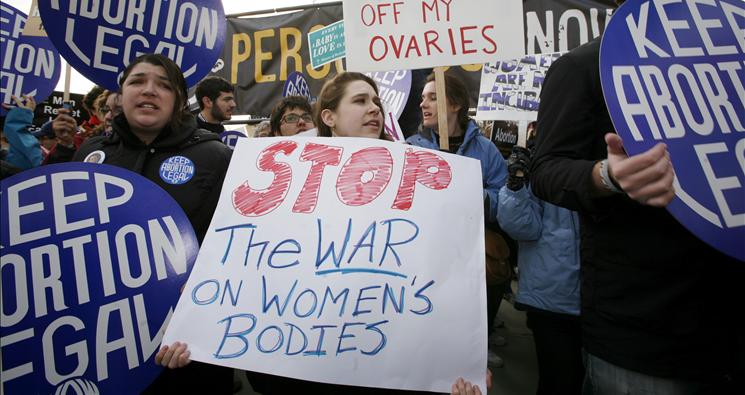 Planned Parenthood has been trying to create the “War on Women” for so long that they have now pushed themselves into an uncomfortable position.

Not only have they been caught encouraging the abortion of baby girls just because of their sex, but now their attempt to spin their way out of this uncomfortable spotlight is causing them to speak out of both side of their corporate mouth.

But what they said next is telling, “all staff members at this affiliate were immediately scheduled for retraining in managing unusual patient encounters.” Planned Parenthood didn’t train their staff to counsel people away from gender selection; they trained them on how to spot an undercover investigator.

Of course Planned Parenthood has been caught red-handed. On the one hand, the abortion giant is trying to claim that sex-selection abortion is wrong. Yet, on the other, as the Huffington Post reiterated, “no Planned Parenthood clinic will deny a woman an abortion based on her reasons for wanting one, except in those states that explicitly prohibit sex-selective abortions (Arizona, Oklahoma, Pennsylvania and Illinois).”

In fact, in a second undercover video from Live Action, a Planned Parenthood “social worker” tells a woman seeking a sex-selection abortion, “I can tell you that here at Planned Parenthood we believe that it’s not up to us to decide what is a good or a bad reason for somebody to decide to terminate a pregnancy.”

But here is the true irony, or sick hypocrisy: the abortion giant claims to abhor the practice of sex-selection abortion, but is doing everything it can to allow it to continue. Planned Parenthood’s official statement proclaims:

Planned Parenthood condemns sex selection motivated by gender bias, and urges leaders to challenge the underlying conditions that lead to these beliefs and practices, including addressing the social, legal, economic, and political conditions that promote gender bias and lead some to value one gender over the other.

Today, Congress is doing just that, considering a bill, PRENDA, to address each of these issues: making sex-selection abortion illegal and preventing America from becoming a safe haven for people seeking to obtain these discriminatory abortions.

Yet, with the opportunity to solve this problem awaiting a vote in Congress, Planned Parenthood, NARAL, and dozens of other abortion organizations vehemently oppose this commonsense legislation.

Unsurprisingly, President Obama has chosen to stand with the abortion industry and their doublespeak against this bill. The White House stated, “The Administration opposes gender discrimination in all forms, but . . . [t]he government should not intrude in medical decisions or private family matters in this way.”

Unbelievable, or just more of the same doublespeak from an industry bent on one thing, abortion.

Every time we expose Planned Parenthood’s antics, NARAL’s hypocrisy, and the abortion industry’s utter disregard for life, we are one step closer to saving lives.

Planned Parenthood has been exposed and backed into a corner. They know they are on the losing side of public opinion with between 77 and 86 percent of Americans opposed to gendercide. They are trying to save face while at the same time prevent PRENDA from passing.

However, the fight to stop this babaric practice goes on. Urge every Member of Congress to stop this War on Women and ban gendercide in America. Sign the ACLJ’s petition today.