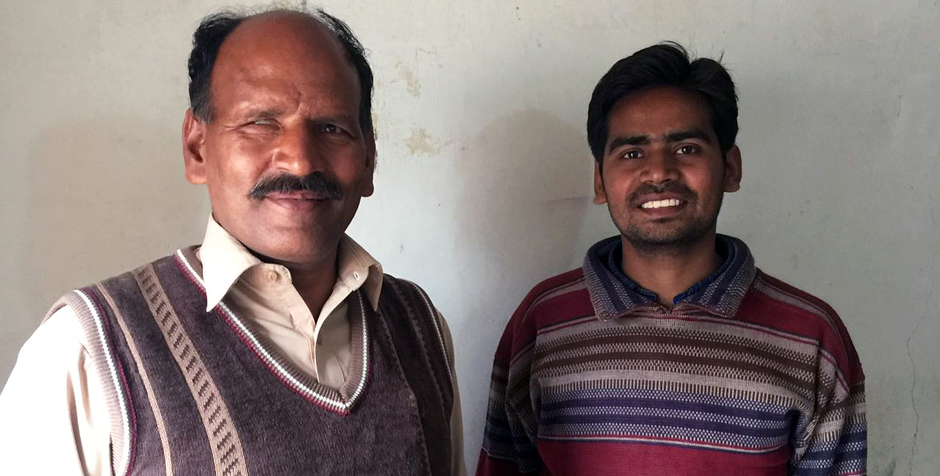 We are glad to inform you that we have successfully obtained a positive court decision for a young Christian who suffered religious discrimination by Pakistan’s Education Department. In 2010, Naeem Nazir, twenty-years-old at the time, applied for a post as an office assistant at a public school, but he was appointed as a sweeper (sanitation worker) because he was a Christian.

In March 2010, a daily newspaper, Nawa-i-Waqat, posted job advertisements for office assistants, sanitation workers, gardeners, etc., in public schools. Naeem submitted an application to the office of the Executive District Officer (EDO) at the Education Department in Pattoki, Kasur, for the post of office assistant. The same month Naeem was interviewed for the job. But the appointment letter he received from the Education Department stated that he was appointed as a sanitation worker. Such jobs are traditionally reserved for Christians on a discriminatory basis.  Last year, a Pakistani weekly, the Friday Times, reported that

Naeem contacted the Organization for Legal Aid (OLA), affiliate office of the European Centre for Law and Justice (ECLJ) in Pakistan, in November 2010. We filed a petition in the Lahore High Court against the Department of Education, alleging violations of articles 4 (rights of individuals to be dealt with in accordance with law) and 25 (equality before law) of the Constitution of Pakistan and challenging the illegal appointments. After a six-year battle and numerous adjournments, justice was finally served.

During the court hearings it was revealed that all Christian applicants were only offered the jobs as janitors. On October 26, 2016, officials from the Education Department appeared before the court. Justice Muhammad Qasim Khan asked the EDO, Zulfiqar Ali, about the number of vacancies available for religious minorities. The EDO informed the court that there were twenty vacancies allotted for religious minorities. Justice Khan then asked him about the positions that were offered to Christians. The EDO replied that the Christians were only appointed as sanitation workers.

On October 28, the Education Department issued a new appointment letter to Naeem, appointing him as office assistant at a local public school.

Naeem told OLA that, while the case was going on, he continued his education and finished two years of college. He was also working at the National Database & Registration Authority (NADRA) office in Lahore as an office assistant. He had to travel daily for at least four to five hours to get to his job. After receiving his appointment letter from the Education Department, he can now work at an elementary school in his hometown and will not have to travel for hours every day. Naeem further told us that he wants to continue his studies to became a teacher.

This is a victory not only for Naeem but for the entire Pakistani Christian community that is systematically discriminated against due to its religion. The Friday Times report cited to above quotes “Professor Salamat Akhtar, a former professor of history at Gordon College in Rawalpindi,” who said,

as president of the All Pakistan College Teachers’ Association, he met the education secretary in Islamabad in 1980. ‘Not knowing I was a Christian, he said the government was worried that a large number of Christians were obtaining education… If all Christians were educated, then no one would be left to sweep the roads and pick up the garbage.’

Fortunately, due to officials like Justice Muhammad Qasim Khan who decided Naeem’s case, there is still hope. Your prayers and support are also crucial in fighting for the rights of the persecuted church around the world.