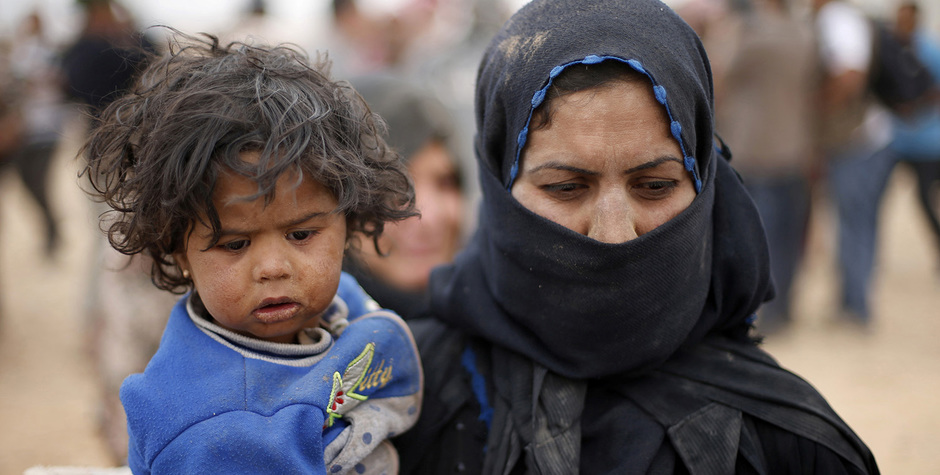 Victory: A Safe Place for Refugees

Victory: A Safe Place for Refugees

Just last week, we reported that the U.N. was moving forward on recommendations from our seven-point plan to combat genocide at the hands of ISIS (Islamic State).

Now there is another victory to report – this time in the U.S. House of Representatives.

Last fall, we put forward a comprehensive plan to both: 1) provide emergency relief for refugees who are fleeing the persecution of ISIS, and 2) protect Americans from terrorists who aim to enter the U.S. disguised as refugees. Central to that plan is a call for in-region safe zones for refugees (a call we echoed in our genocide policy).

Yesterday, during consideration of the National Defense Authorization Act (NDAA), the U.S. House of Representatives approved Amendment #289 by Rep. Jeff Fortenberry (R-NE). This amendment calls for the establishment of refugee safe zones, and accurately describes their creation as “a critical component of a safe, secure, and sovereign Iraq.”

Not only did the U.S. House approve this important policy recommendation, but it did so by voice vote and without objection. This strong bipartisan support – led by Rep. Fortenberry and Rep. Anna Eshoo (D-CA) gives the language strong momentum as the larger measure heads to the U.S. Senate for consideration.

This victory is significant for two reasons.

First and foremost, those who are fleeing ISIS persecution are in desperate need of a place to be safe from harm. This can be particularly challenging for Christian refugees, who are not always welcomed by the populations in U.N. refugee camps.

Second, it is yet another indication of how critical it is for us to engage these policy debates in a sustained fashion behind the scenes. Your voice made a difference as you signed our petitions in support of both our refugee and genocide policies.

There is much work – both domestically and internationally – left to do to ensure that refugees get the care they need. But this victory is an important step in the proper direction.