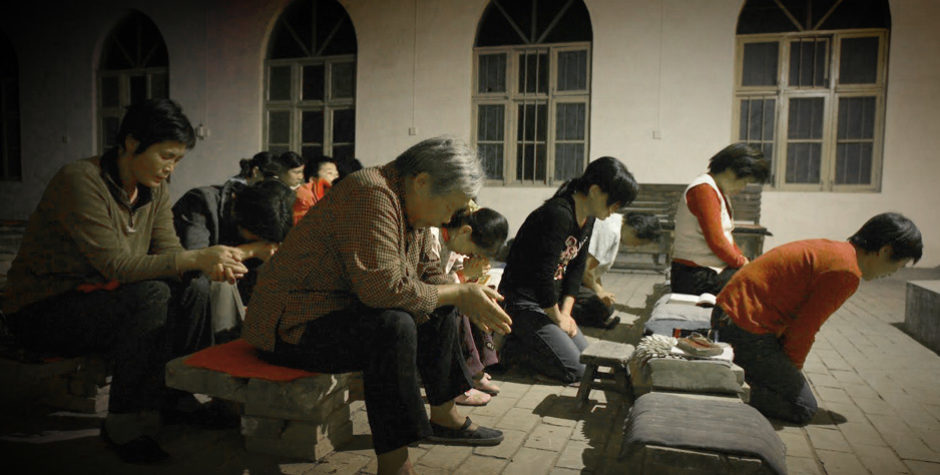 Christians in China face intense persecution and harassment from their own government. Many house churches are shutting their doors for fear of harsh punishment.

The ACLJ – through our European affiliate the European Centre for Law and Justice (ECLJ) – has just delivered a critical submission at the U.N. Human Rights Council in Geneva, demanding international pressure on China to stop its crackdown on religious freedom.

As our submission states:

Since December 2017, persecution against religious groups in China has intensified. Christians suffer a majority of the persecution because they are the most organized religion with the highest number of members. The government monitors and suspends church activity because it views religious activity as a threat. Since the Revised Regulations on Religious Affairs (the “Revised Regulations”) came into effect on 1 February 2018, house churches have faced increased harassment, intimidation, and domination from the government, with thousands of church locations being shut down and Christians detained, arrested, or facing criminal prosecution.

We recently reported about a mass crackdown on Christian groups across China’s Yunnan Province. Over 200 Christians were detained -  27 of them face criminal prosecution for “organizing evil cults and sects and using superstition to obstruct law enforcement.”

These Christians were falsely accused of practicing “Three Grades of Servants”, one of the evil cults designated by the National Public Security Bureau. The accused Christians were either missionaries or local believers. The alleged criminal conduct included sharing the Gospel, preaching, praying, and spreading “evil cult” related materials. After being detained and deprived of their freedom for over 400 days, the accused Christians were tried in 6 local courts and sentenced to imprisonments spanning 1.5 to 13 years, with no evidence of a relation to an evil cult.

We told you China recently revised its Regulation on Religious Affairs, requiring registration of venues for any religious activity, empowering local authorities to interfere in house church activities, to punish those who attend, and to shut down the unregistered venues at will.

China has even attempted to thwart Christians and those hungry for truth by banning the online sale of Holy Bibles.

The Chinese government seems bent on restricting and persecuting Christians until the Church disappears altogether. We will not allow that to happen. As we explained to the U.N.:

The above examples are provided by our contacts in China and are merely the most recent examples of persecution faced by Christians in China. The United Nations must address China’s continuous violations of the freedom of religion and urge China not only to reform its laws and policies but to refrain from enforcing the current laws. Chinese law and its enforcement are severely restricting fundamental human rights, and the United Nations must address these violations and encourage China to carry out its obligation to guarantee religious freedom for all of its citizens under its constitution as well as its international commitments under the ICCPR.

The situation for Christians in China grows more dire by the day. We will continue vigorously advocating for China’s persecuted Christians and urge the international community to pressure China to end this crackdown and protect religious freedom.