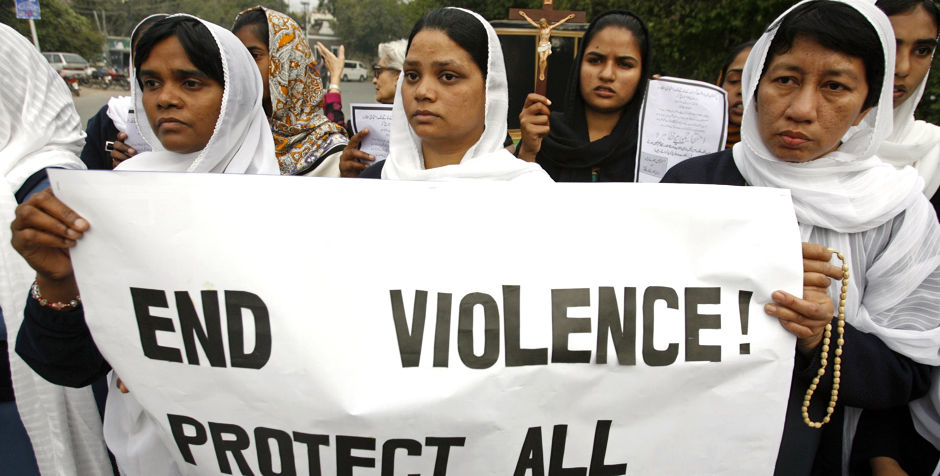 Progress: Petition Filed for a New Autopsy in Case of Christian Tortured to Death

We are making major progress in the heartbreaking case of a Christian who was tortured to death by local police in Pakistan, demanding justice for his family and accountability for the perpetrators of this horrific act of persecution.

The Organization for Legal Aid (OLA), which is our international affiliate the European Centre for Law and Justice’s (ECLJ) Pakistan office, has filed a petition in the Lahore High Court for a new autopsy for a Christian who had been murdered.

As we had reported earlier, a Christian man, Liaqat Masih, had been tortured and murdered by local police for allegedly stealing property from his Muslim employer, Raza Hameed, who is the son of a former Member of the Punjab Assembly and currently a member of Imran Khan’s political party, Tehreeq-e-Insaaf. They had tortured and killed Liaqat in front of his son, trying to obtain a confession.

The four doctors who performed an autopsy did not record bruises and marks of violence clearly visible in the pictures taken of Liaqat’s body by his family.

The OLA filed a petition for a new autopsy by an independent medical board before the Special Judicial Magistrate. The Magistrate delayed for three days, saying that he did not have authority to order disinterment and another autopsy. After we provided a copy of the case law showing that he did indeed have such authority, he dismissed the petition as premature.

At the next hearing, the Court told us to name the four doctors who performed the autopsy as parties to the case. We added them and filed the amended petition. The Court has now ordered the hospital’s Medical Superintendent to submit his report. Once that report is filed, the Court will make a final decision on our petition.  The next critical hearing in this case is scheduled for next week.

Police torture is rampant in Pakistan. Detainees are tortured to obtain confessions. Many times the detainees die, and there is still no recourse against the police. Even if the victim’s family members press charges, the police threaten the family that they will get the same fate. Investigations are not done properly, and doctors are bribed to falsify autopsy reports. Investigations and trials are delayed, causing evidence to be lost or go stale. Ultimately, the family of the victim gives up and stops pursuing the case or the perpetrators are never punished due to faulty investigations.

This is how persecution is promoted and protected within Pakistan’s legal system.

Similar tactics are being used in Liaqat’s case. The six policemen who tortured and killed him have not yet been arrested even though a criminal case is pending. The investigating officer’s report only says that Liaqat died in police custody. Another police report says Liaqat was taken to the hospital because he felt heart pain. The autopsy report does not mention any injuries or signs of torture.

We will continue to stand up and fight for Liaqat and his family to obtain justice for them. Our attorneys in the U.S. and in Pakistan are constantly collaborating, filing necessary paperwork, and making appropriate arguments in the courts. We have also filed a separate application with the Health Department for an investigation of the doctors who performed the autopsy. We will update you as the case progresses.

This case is the perfect example of why we must continue to fight back and stand up for persecuted Christians.  This devastated Christian family would have no recourse – no avenue for justice – and the perpetrators of persecution would be further empowered to persecute other Christians.  We must take a valiant stand for Christians facing horrific persecution across the world.  Their lives depend on your voices.