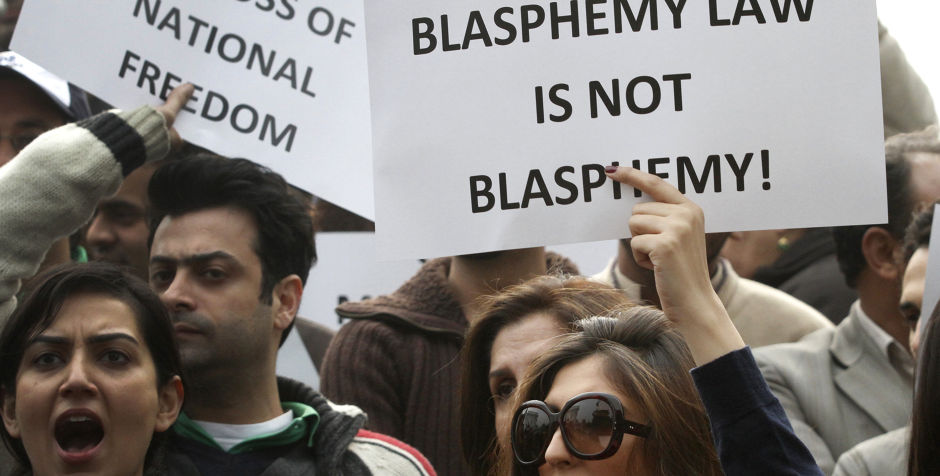 Many people have heard the name of Aasia Noreen (more commonly known as Aasia Bibi), a young mother who has spent years on death row defending against an allegation of blasphemy.  But few are informed of the significant flaws in Pakistan’s blasphemy laws and the opportunity for reform.

Aasia’s story began in June 2009, when authorities charged her under section 295-C of the Pakistan Penal Code that punishes speech that is perceived to be insulting to the Prophet Muhammad. The case arose out of an argument between Aasia and two Muslim co-workers over a cup of water. As Aasia took a break from her long day of work to drink water, she also offered water to the other women. The women told Aasia that they could not drink water from the hands of a Christian who had made the water haraam (unclean and unlawful in Islam) by handling it. The women demanded Aasia convert to Islam to be cleansed of her impurity. Aasia refused and publicly affirmed her faith in Jesus Christ. About five days later, a Muslim cleric from the village brought blasphemy charges against Aasia, alleging she uttered derogatory remarks about the Prophet Muhammad in the exchange with the other women.

The text of the blasphemy laws and their widespread misuse show that the laws suffer from significant flaws, flaws that many have pointed out since the laws were enacted in the 1980s. The Pakistani government, however, even after hundreds of innocent citizens have been murdered and hundreds of others are languishing in prisons, has yet to make any amendments to provide safeguards against their misuse.

For instance, the penal code does not define what constitutes blasphemy. As a result, blasphemy is in the eye of the beholder. It is open to the interpretation of, primarily, the listener and, secondarily, the courts. Additionally, as required in all other criminal offenses (except in strict liability offenses) and even under Sharia (Islamic law), intent or mental fault has not been considered as one of the elements of section 295-C that prescribes the death penalty for blasphemy of the Prophet Muhammad. In other words, regardless of whether the alleged offender intended to insult the Prophet, if the listener took the words or even a visible gesture to be blasphemous to the Prophet, it provides enough evidence to arrest and even convict the alleged offender. More importantly, because it is very easy to bring blasphemy charges against anyone, most people have used the law as a tool to settle personal disputes or grab the accused person’s property. A review of blasphemy cases shows that there are hardly any cases that arose from actual blasphemy. Discussion of religion (even when offensive) hardly leads to a blasphemy charge.

There have been more than twelve hundred blasphemy cases registered since the blasphemy laws were enacted in 1980s; hundreds of people have been murdered; Christian villages and colonies have been attacked, plundered, and burned to ashes; and several individuals, like Aasia, are on death row and many others are serving long prison sentences.

A survey of blasphemy laws and cases also shows that blasphemy against the Prophet Muhammad was not a common practice before the 1980s. The Pakistan Penal Code was originally promulgated as the Indian Penal Code in 1860 in British India. The Indian Penal Code of 1860 included offenses related to religion. These laws prohibited, inter alia, injuring or defiling a place of worship with intent to insult the religion of any class, disturbing religious assembly, trespassing on burial places, and deliberately or maliciously intending to outrage religious feelings of others. They carried prison terms ranging from one year to ten years or fines. Pakistan added the current blasphemy sections prohibiting, inter alia, any derogatory remarks against Islamic religious figures, desecrating the Quran, and any defamatory speech against the Prophet Muhammad. They included prison terms ranging from ten years to life in prison and the death penalty. Other laws that specifically targeted the Ahmadiyya community were also added to the penal code.

Interestingly, according to a research done by a colleague for his Ph.D. studies, there were only about four cases under the original blasphemy laws before 1947. That is to say, nobody was blaspheming. After the new sections were added in the 1980s, people began blaspheming more and more, albeit often in the form of false charges against innocent people. As such, the research concluded that, instead of protecting the sanctity of the Islamic religion, these laws not only provided a tool for destroying peoples’ lives, but they effectively created more blasphemy when none existed before.

It is, therefore, in the interest of Muslims, more than anybody else, to amend the blasphemy laws, if not to repeal them, and provide safeguards against false charges. At the minimum, the amendment should include punishment for false accusations. It should also explicitly include the element of intent. These changes will, at least, fulfil the purpose of the law, i.e., punishing the actual blasphemer, if, in fact, that is the purpose, instead of persecuting minorities.

The government should also take note of victims like Aasia and provide an avenue for their fast release. Aasia’s case suffers from fundamental flaws. First, the two main witnesses against her were never cross-examined. And second, the case was brought after the delay of about five days, which, under Pakistani law, has been deemed to have provided time for planning and fabrication of charges by the complainants and, thus, a ground for acquittal in similar cases. Because of these fatal flaws, the Supreme Court should take notice of the case and expedite it at its own discretion instead of letting her and her family suffer for what is going on for six years.

Until the government repeals or amends the blasphemy laws, the onus for protecting innocent victims is not only on the government but also on the defense counsels who represent people accused of violating blasphemy laws. A high value should be given to effective and adequate legal representation from the beginning of the case. Often poor and uneducated defendants do not get robust legal representation. As a result, many cases are lost at the trial level. For instance, at Aasia’s trial her attorneys did not cross-examine the two main eye-witnesses against her. It is only at the appellate levels, sometimes at the High Court and mostly at the Supreme Court, that defendants are provided with attorneys capable of handling such cases, who then have to deal with the errors made during the trial.  Unfortunately, by this time the accused has spent years in prison, many times under false charges, and often false charges of blasphemy have sparked societal violence against the religious minorities, at times resulting in the destruction of complete religious communities.
It is our hope that the Pakistani government takes the charge of fixing these problems in order to protect its own citizens from violence under its own laws.