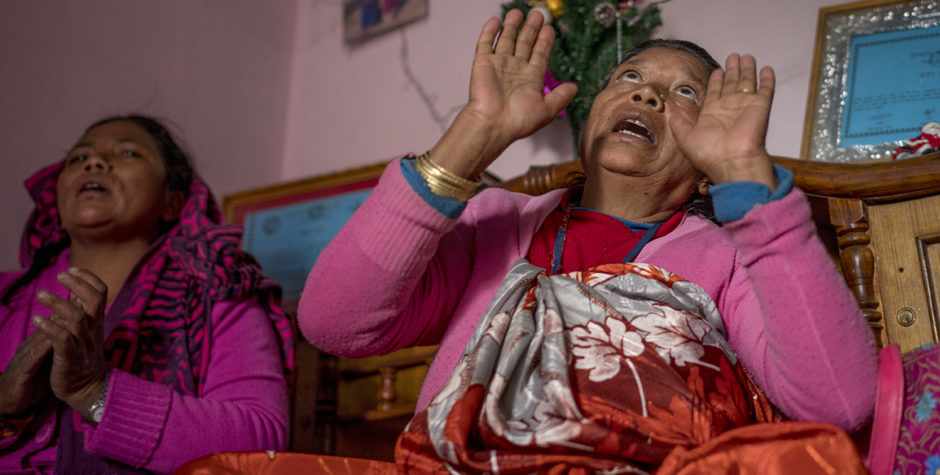 On August 8, 2017, Nepal’s parliament passed a bill, criminalizing religious conversion and hurting religious sentiment, joining countries like India, Pakistan, Iran, and a host of other Muslim countries where such laws have been used to persecute religious minorities.

While Nepal’s new Constitution of September 2015 establishes Nepal as a secular state and guarantees freedom of religion, it also limits that very freedom.

Article 26 of the Constitution states that “[e]very person who has faith in religion shall have the freedom to profess, practice, and protect his or her religion according to his or her conviction.” But subsection 3 limits the same freedom by stating that “[n]o person shall . . . convert another person from one religion to another or [perform] any act or conduct that may jeopardize other’s religion.”

According to an unofficial translation, the bill says, “Nobody should hurt the religious sentiment of any caste, ethnic community or class by writing, through voice/talk or by a shape or symbol in any other such manner.” (Clause 158). Violation of this clause is punishable by up to two years in prison.

Clause 160 then says,“[n]obody should convert the religion of another person or indulge in such act or encourage such an act.” Violation of this clause is punishable with up to five-years-imprisonment.

Both of these statutes would severely limit Nepali citizens’ right to express their faith, especially Christians, who can be punished simply for expressing their belief in Jesus Christ as the Son of the one true God. Such a statement could offend sentiments of Hindus because they believe in many other gods. The same statement could offend Muslims who do not believe Jesus is the son of God.

Furthermore, clause 160 absolutely prohibits sharing one’s faith. A Christian could be sent to jail for five years for witnessing to a non-Christian.

Renewing our concerns that we lodged with the Nepali government two years ago when the bill was introduced in Parliament, we have sent a letter to the Ambassador of Nepal to the United States, Dr. Arjun Kumar Karki, to bring this issue to the attention of the Nepali government. Giving examples of its neighbors, Pakistan and India, our letter warns Nepal that such laws do not protect religious sentiments. Instead, “they serve as a tool for religious persecution and a means to settle personal disputes through false accusations.”

“Hundreds of innocent Pakistanis, including Hindus, Christians, and even Muslims, are serving long prison terms and many have been extra-judicially killed by religious fundamentalists for allegedly hurting religious feelings of others under the blasphemy laws. Similarly, several Indian states have persecuted many Christians under their anti-conversion laws.”

“Nepal’s blasphemy and anti-conversion law will not produce any positive outcome either. Instead, religious persecution will increase due to this law.”

Our letter also reminds Nepal that “clauses 158 and 160 also violate Nepal’s international commitment under the International Covenant on the Civil and Political Rights (ICCPR) to religious freedom, which includes the right to adopt, change, or manifest one’s religion in public.”

Finally, our letter urges the Nepali government to repeal or amend these laws in order to protect the lives and freedom of the Nepalese citizens, especially its vulnerable minorities, from persecution, which will certainly increase if these laws go unchecked.

We hope that Nepal will look at the examples of its neighbors and see these laws for what they are—a tool for persecution—and take necessary and appropriate actions to amend, if not repeal, them.