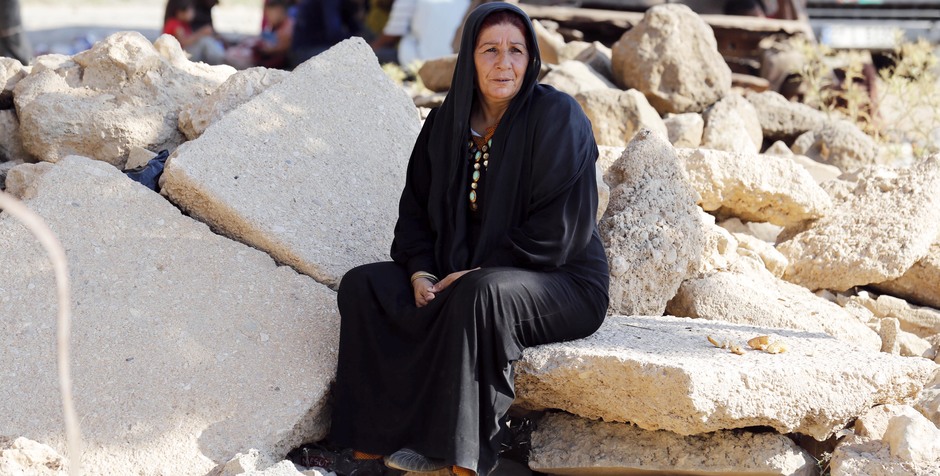 Here at the ACLJ we are continuing our efforts to stop the Islamic State genocide against Christians and other religious minorities in the Middle East. These efforts have most recently been successful through the oral discussions at the U.N. Human Rights Council (HRC) in Geneva earlier this month.

Through our affiliate in Europe, the European Centre for Law and Justice (ECLJ), we sent letters directly to the representatives of nations comprising the HRC. We called on them to recognize the Islamic State’s genocide at the 32nd Session of the HRC and to affirm that the genocide victims include Christians, Yazidis and other religious minorities.

One of the key points we made to the HRC members is that many religious minorities face genocide at the hands of ISIS.  Several nations, including Belgium, Germany, and France, answered that call:

Several other HRC members, including Ecuador, Switzerland, and The Netherlands, as well as several other nations took the important first step of recognizing that ISIS is committing genocide. Even while these nations stopped short of including Christians and other religious minorities as victims of this genocide, the recognition of genocide itself is an important step that will help protect all victims.

The critical importance of our efforts became clear as we learned that the focus of the HRC’s discussion of Syria centered on the Islamic State’s atrocities against Yazidis, and that the HRC was inclined to ignore the horrific persecution targeting other religious groups in the region.

While we applaud all these nations for recognizing the genocide, we especially appreciate Belgium, Germany, and France, who went the farthest in fully addressing the scope of the Islamic State’s genocide by recognizing that Yazidis are not the only religious groups targeted for extinction.

We need the Human Rights Council, and the U.N. as a whole, to formally acknowledge the atrocities occurring in the region that are acts of genocide – genocide that targets Christians and other religious minorities. By recognizing this genocide, the international community can move forward with efforts to stop the genocide, protect the victims, and punish the perpetrators.

We are thankful for the nations that spoke up at the HRC about the genocide in Syria, but it is not enough. This is a crucial step in the right direction, but we need more. We need more acknowledgements, more indignation and more action taken to save those victims of genocide fighting for their very lives.

We need action now. The U.N. must defend the rights of all religious minorities, including the Christians in Syria and any other place where the Islamic State engages in genocide.

In addition to our advocacy efforts of corresponding directly with HRC member states, we also delivered our own written and oral interventions at 32nd Session. And as we reported before:

The ACLJ has been on the front lines of the fight against the ISIS genocide. We’ve developed a 7-Point Plan we’re advancing on a daily basis through a comprehensive, multi-pronged legal advocacy campaign – the largest for persecuted Christians in our history. We’ve sent critical legal letters to key officials: a letter to U.N. Secretary-General Ban ki-Moon; two letters to U.S. Secretary of State John Kerry (available here and here), and now a letter to U.S. Permanent Representative to the U.N. Ambassador Samantha Power. We’ve filed two written submissions to the U.N. (available here and here), made an oral intervention at the U.N., and are preparing to make another oral intervention at the U.N. later this month. We urged action in Europe, for example, by urging the European Parliament to recognize the genocide. We also filed written observations regarding ISIS atrocities against Iraqi Christians in a case before the European Court of Human Rights. We continue to work with Congress to advance the cause of the genocide victims. We’ve written extensively on this heartbreaking issue, and continue to spread the word on social media.

We are making progress on all fronts. Just a week after our letter to the U.N. Secretary-General, his representative raised the issue of ISIS genocide to the U.N. Security Council. And just weeks after our first letter to Secretary Kerry, he answered the call and publically proclaimed that ISIS was committing “genocide against . . . Christians.” Following our requests for action in Europe, the European Parliament and the Parliamentary Assembly of the Council of Europe formally recognized the genocide.

Here at home, our work in Congress is also generating results. Congress unanimously passed a measure recognizing the genocide, and is already advancing a measure responding to the genocide by implementing one of our proposals – in-region safe zones – and a measure expanding the authority and influence of the U.S. Ambassador-at-Large for International Religious Freedom to take meaningful action on these issues.

The momentum is building, but as the daily barrage of news reports from the Middle East make clear, our work is far from over.

Join us in our campaign to stop the genocide against Christians and other religious minorities and protect the victims. Add your voice to the growing number of Americans who are speaking out.