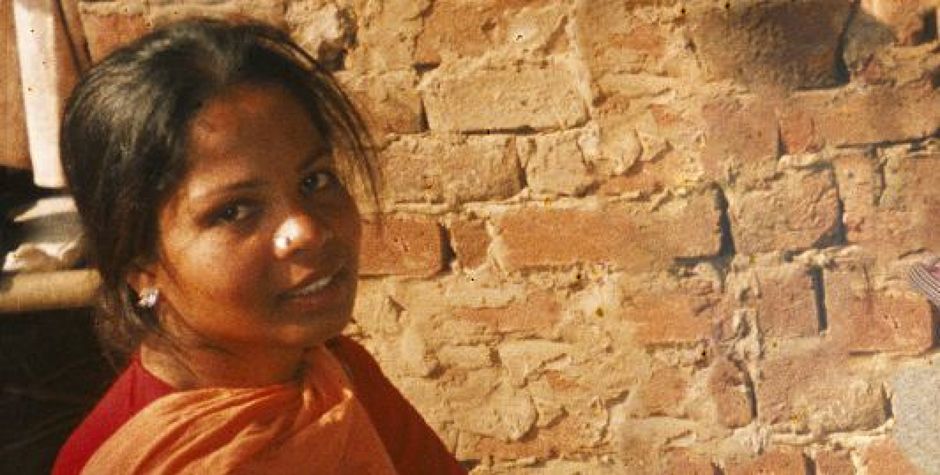 The Supreme Court of Pakistan has recently upheld a conviction for murder and terrorism against Mumtaz Qadri, the security guard who assassinated Salman Taseer, former Governor of the Punjab province, because of his strong stance against Pakistan’s harsh blasphemy laws and his unwavering support for Christian mom Asia Bibi.

Section 295-C of the Pakistan Penal Code (PPC) carries a mandatory death penalty for uttering derogatory remarks about Muhammad, the Prophet of Islam. In 2009, Asia Bibi was accused of blaspheming the Prophet Muhammad’s name and a trial court sentenced her to death in 2010. Her conviction was upheld by the High Court, but temporarily suspended by the Supreme Court in July of 2015 until it can hear her appeal. Until then, however, Asia remains on death row awaiting a hearing date.

The Supreme Court of Pakistan’s latest ruling is crucial because former Governor Taseer was sympathetic to Asia and had called for a reform of Pakistan’s strict blasphemy laws. He met with Asia Bibi and was preparing a petition on her behalf for a presidential pardon. In January 2011, however, Taseer himself was targeted. While leaving a restaurant after lunch, Taseer was killed by Mumtaz Qadri, one of Taseer’s guards and a member of the Punjab Police “elite force.”

Qadri confessed to the murder and announced that he killed the Governor because he had called the blasphemy law a “black law.” Qadri’s legal team, a group of high profile lawyers, including two former Justices of the High Court, did not contest the fact that Qadri killed the former Governor; instead, they asserted that the killing was justified under Shariah law, which is the supreme law of the land under the Pakistani constitution. Further, they argued, that Taseer had “provoked” his assassin by his stance on the blasphemy laws. They contended that murdering the Governor was only fulfilling Qadri’s religious duty to kill blasphemers, at duty that would have rested upon anyone in a situation where the State fails to punish a blasphemer.

Legally, Qadri’s case was clear and the trial court convicted him of murder and terrorism. Qadri was given a death sentence in 2011. However, Qadri appealed and the Islamabad High Court struck down the terrorism conviction. Qadri appealed again, seeking to reduce his sentence while the prosecutors sought to reinstate his terrorism conviction. On October 7, 2015, Pakistan’s Supreme Court ruled that both sentences should be upheld, restoring the sentence for terrorism as well as for murder.

Instead of being condemned by his community as a murderer, Qadri was widely celebrated as a hero. Just days after the murder, lawyers showered Qadri with rose petals as he arrived for his first court hearing. There was wide community support of Qadri, so much so that the grieving family had a difficult time finding a cleric willing to conduct the victim’s funeral. The murderer was honored with a mosque named after him. The trial judge who initially convicted Qadri had to flee the country after receiving death threats and has not been heard from since. After the Supreme Court’s decision to uphold Qadri’s sentence, Qadri’s supporters have warned that the decision “is going to cause anarchy in the country, because the followers of the Prophet, peace be upon him, are very upset.”

This case stands as one of many blasphemy cases that have led to violence. After Taseer’s murder, another official, the Minister for Minorities Affairs, Shahbaz Bhatti, was murdered for also wanting to reform the blasphemy laws. Last year, a human rights lawyer representing a professor accused of blasphemy was killed by two gunmen. Too frequently Christians and other minorities are accused of blasphemy and killed by Muslim mobs before an accusation against them can be substantiated.

The Supreme Court’s decision is a milestone in using the rule of law to protect Pakistani citizens from the cruel nature of blasphemy laws. The judges were correct to stand against the pressure from the Muslim extremists to free their hero. The Court correctly pointed out how the blasphemy laws are often misused as a tool for personal vendettas and result in injustice.

However, there is still much work left to be done. The Court persisted in entertaining reasoning unbecoming of a court of justice as one of the Justices on the Court observed that the Court would “have to look into whether the deceased (Salmaan Taseer) indeed committed the act of blasphemy or he commented adversely on the effects of the blasphemy law” before determining that Qadri was guilty of murder and terrorism. Justice Dost Mohammad determined that the accused was guilty of murder because his accusation of blasphemy against Taseer lacked the evidence necessary to take matters into his own hands. The Court should not have to ask whether an extra-judicial killing is justified even if the victim had violated a statute.

Though the blasphemy laws remain, it is not illegal to oppose the law or to aid those accused of violating it. Until the blasphemy laws are completely repealed or significantly reformed to limit their misuse, the State certainly should not allow those who are merely accused of blasphemy to be killed with impunity.

Now the Supreme Court of Pakistan will determine whether Asia Bibi – a Christian mother of five – will be hung for her Christian faith.  We continue aggressively advocating for her freedom throughout the world.  It is our hope and prayer that justice being served on the murderer of one of her staunchest supporters is a sign that the Supreme Court of Pakistan will do the right thing and release Asia Bibi, whose only “crime” is her Christian faith.

We will continue to keep you updated as this case progresses.  You can sign our urgent petition for Asia Bibi’s freedom (below and) at BeHeardProject.com.