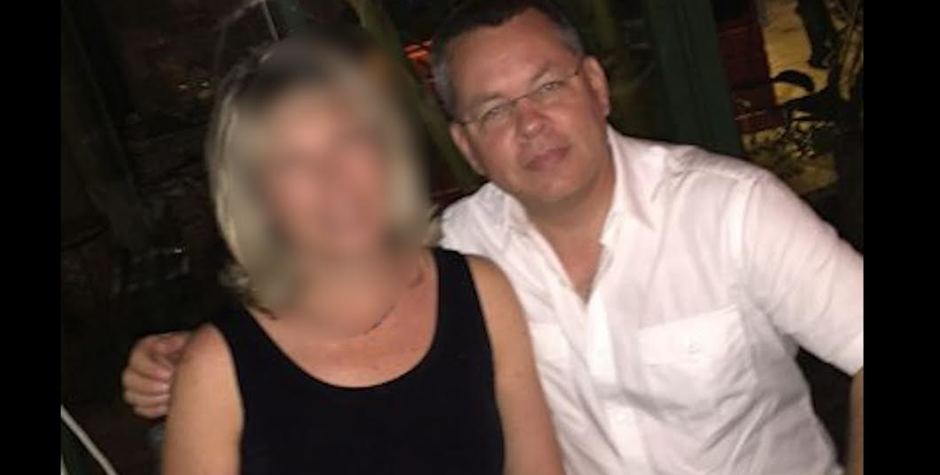 Breaking: As ACLJ Takes Case to UN, Turkish PM Says It Will Speed Up Trial of American Pastor Andrew Brunson

Moments ago, we delivered an oral intervention at the United Nations (U.N.) in support of American Pastor Andrew Brunson, a U.S. citizen from North Carolina who is currently in prison in Turkey, facing unfounded charges for his Christian faith. At the same time Turkey’s Prime Minister has broken its silence on this wrongfully imprisoned U.S. citizen, stating it can speed up the trial of Pastor Andrew.

Turkey will consider speeding up the trial for an American pastor swept up in a crackdown after an attempted military coup last July, Prime Minister Binali Yildirim said Thursday.

“What we can do at this stage is accelerate the trial” for Andrew Brunson, who was detained on Oct. 7 for allegedly threatening national security, Yildirim told a group of American journalists visiting Turkey’s capital. “As you will appreciate, judiciary matters are not directly controlled by us.”

Brunson, who has lived in Turkey with his family for 23 years, has yet to be provided evidence to support the charge, said CeCe Heil, a lawyer for the American Center for Law and Justice, which is assisting with his legal defense. The North Carolina native is pastor of Izmir Resurrection Church in Turkey.

Our global legal advocacy campaign is beginning to put significant pressure on Turkey. But now is the time to ramp up that pressure.

Pastor Andrew should not even be forced to face a trial. He has done nothing wrong. Turkey has produced no evidence against him. He is wrongfully being held for his Christian faith. He should be released immediately and allowed to return home to his family in America.

Today we took direct action at the U.N., demanding his release. Our oral intervention before the U.N. Human Rights Council (HRC) follows our written submission to the U.N. HRC which we submitted in February. In that submission we requested that the Council respectfully remind “Turkey . . . of its continuing obligations under its constitution as well as the ICCPR [International Covenant on Civil and Political Rights] and UDHR [Universal Declaration of Human Rights] to respect and value the freedom of religion.”

Earlier today, through our affiliate with consultative status at the U.N. – the European Centre for Law and Justice (ECLJ) – we delivered the following oral intervention before the Thirty-Fourth Session of the U.N. Human Rights Council in Geneva:

The European Centre for Law and Justice would like to draw the Council’s attention to Pastor Andrew Brunson, an American citizen, who has been imprisoned in Turkey since 7 October 2016, despite having committed no crime.

Since Turkey experienced a failed military coup, Christians and other religious minorities have increasingly become the targets of detention and deportation, and are unreasonably subjected to other governmental regulation simply because of their faith.

For 23 years, Pastor Brunson has worked openly on behalf of the people of Izmir as a pastor. He was summoned to report with his passport to a local police station where he was arrested and later told that he was considered a ‘national security risk’. He was soon transferred to a Detention Centre and held for 63 days, despite no evidence having been presented to justify the accusations against him. On 9 December, Pastor Brunson was taken to court and falsely charged with ‘membership in an armed terrorist organization’.

Pastor Brunson’s detention appears to be related to his work as a Christian minister, making his arrest and imprisonment a violation of both Turkey’s Constitution and international agreements to which Turkey is party, as well as Pastor Brunson’s fundamental rights.

The ECLJ urges this Council to call upon Turkey to honour its obligations. The ECLJ further requests that the U.N. make every effort to ensure that Pastor Brunson is not only treated with great care, but that he is quickly released and allowed to return home without injury or delay.

We’re aggressively advocating at the U.N., on Capitol Hill, and with world leaders in a vigorous effort to secure Pastor Andrew’s safe return to his family in the United States. Through our efforts, Members of Congress have recently sent a bicameral letter to President Erdoğan of Turkey requesting that Pastor Andrew be immediately and safely returned back to the United States. In addition, we sent a letter to Secretary of State, Rex Tillerson, urging the Trump Administration to pressure Turkey – our NATO ally – to do the right thing and release Pastor Andrew.

Pastor Andrew, who has faithfully served the people of Turkey for 23 years, is being held without any evidence against him being presented. Our continued advocacy for Pastor Andrew, both nationally and internationally, is extremely important in our effort to secure his release.

Your voice could be the difference. Please join our efforts to bring Pastor Andrew safely back to the U.S. by adding your name to our petition advocating for his immediate release.