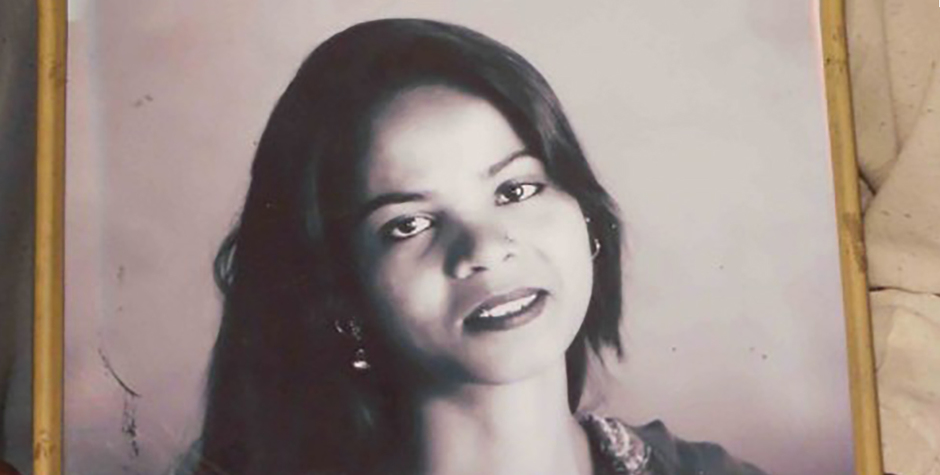 The Supreme Court of Pakistan is finally scheduled to hear Asia Bibi’s case in just five days. Asia, a Christian mother of five, has been in prison for seven years for allegations of blasphemy, facing execution by hanging. Her co-workers alleged that she blasphemed the Prophet Muhammad’s name.

According to Pakistan’s constitution, all laws must be consistent with Sharia, Islamic law. True to its constitution, Pakistan’s penal code punishes any insult to the Islamic Prophet Muhammad with the death penalty.

Asia’s crime was to offer water to two women who were picking berries with her at a farm. The two women told Asia they would not drink water from her because she was ceremonially unclean as she was a Christian, and then demanded that Asia convert to Islam. Asia refused and reaffirmed her faith in Christ. Then an argument ensued. Five days later, a local cleric went to the police and accused Asia of blasphemy.

After a trial full of errors, the court sentenced Asia to death in November 2010. Four years later, the Lahore High Court upheld her conviction. Asia’s new counsel, Saif ul Malook, filed an appeal with the Supreme Court noting multiple errors in the case.

Our team on the ground has confirmed that Pakistan’s Supreme Court recently granted Asia’s petition for an early hearing and has now set the hearing date for October 13th. While this is a positive development, Asia needs a lot of prayers for wisdom for the lawyers on both sides and the justices who will hear the argument as well as for Asia and her family’s safety.

The case hinges upon the multiple errors committed during trial and on appeal before the High Court that upheld her conviction. Most importantly, the Supreme Court will decide whether the unexplained delay of five days in registering the complaint was a harmful error that justifies overturning her conviction. As we have explained before in our earlier posts, under Pakistani law, such delay is considered harmful for the prosecution’s case because it shows that the accusers had planned the case with mala fide intention. In 2002, the Supreme Court reversed the conviction of Ayub Masih (a Christian on death row for blasphemy) over a few hours of delay in registering the complaint.

The Supreme Court might also look at another serious error committed at trial. Asia Bibi’s first lawyer inexplicably failed to cross-examine Asia’s accusers, thus leaving their testimony uncontested. This error resulted in the court not giving Asia’s statement much weight. Asia had testified that she had not insulted the Prophet of Islam and that she had no intention to do so. We hope that the Supreme Court will give Asia’s statement due weight and reverse her conviction.

In just days, before her Supreme Court hearing, we are sending a letter to Pakistan’s Ambassador to the United States urging him to raise Asia’s case with the Pakistani government, highlighting Pakistan’s international obligations to religious freedom under the International Covenant on Civil and Political Rights (ICCPR). According to the ICCPR, “[e]veryone shall have the right to hold opinions without interference,” and “[e]veryone shall have the right to freedom of expression.” Freedom of expression includes the “freedom to seek, receive and impart information and ideas of all kinds.” Pakistan’s blasphemy laws violate these principles. The ICCPR also limits the death penalty for the most serious of crimes. Our letter emphasizes that neither the death penalty nor life imprisonment is by any standard proportional punishment to the “crime” of blasphemy.

We again ask you to pray for a positive outcome and for the safety of Asia, her family, and her attorney. A legal team from our affiliate ECLJ’s office in Pakistan is planning to attend the hearing. We will update you as soon as we receive information about the Court’s decision.

But we urgently need you to join over 450,000 people from across the globe who have signed our critical petition.  Sign our petition and join our legal letter demanding Asia Bibi’s freedom.