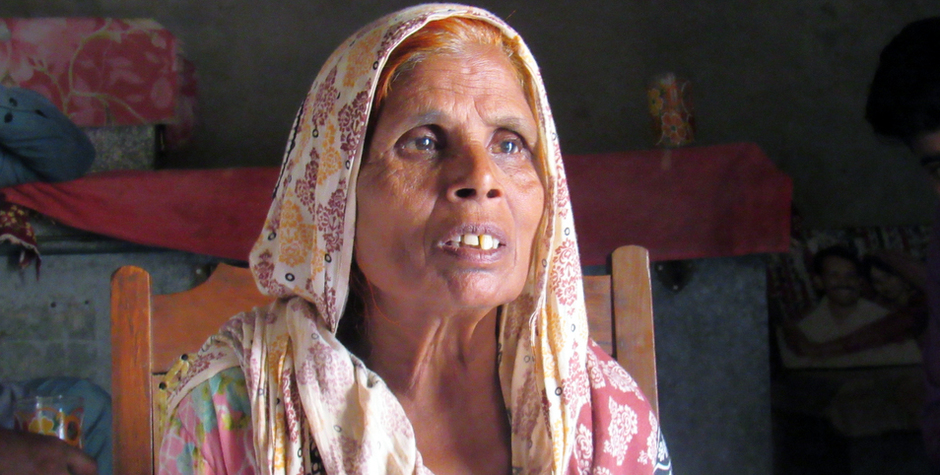 Our international affiliate, European Centre for Law and Justice’s office, the Organization for Legal Aid (OLA), is representing a Christian woman who was assaulted by an influential Muslim for refusing to clean his house.

Bashiran Bibi, a fifty-eight-year-old Christian woman, lives in Pattoki about fifty miles southwest of Lahore, and cleans houses for a living because her husband is paralyzed and cannot work. Having converted to Christianity from the lower caste of Hinduism during the British Raj, many Christians in Pakistan are poor and work as sanitation workers, cleaning homes, offices, and sewers.

On September 24, 2016, Bashiran was throwing out garbage after a cleaning job when Muhammad Afzal, a prominent Muslim landlord in the village, asked her to stop by his house. She stopped by Afzal’s place, and he asked her to clean his house. Bashiran refused, stating that she was too old to take another job. Afzal became angry upon hearing how a Christian could refuse to take orders. He grabbed Bashiran by her hair, pushed her to the floor, and began kicking and punching her until she became unconscious. Afzal’s wife pleaded before him to leave Bashiran alone but Afzal did not listen to her. When Bashiran regained consciousness she went home. She was badly injured and a medical exam revealed a fractured shoulder.

Bashiran’s son, Paras Masih, took her to the local police station to register a complaint, but the police refused to register it. This often happens in Pakistan when the police officials collude with influential parties after taking bribes.

On October 20, 2016, after obtaining the required medical reports, we filed a petition with the local court, asking the court to order the police to file criminal charges against Muhammad Afzal. The court issued a notice to the police to submit comments.

The police officer in charge of the investigation did not submit any comments at the next hearing. So, the court allowed us to deliver argument on the basis of Bashiran Bibi’s medical report.

Muhammad Afzal’s brother, Muhammad Ali, told the court that Afzal was mentally ill and asked for leniency from the court. The court gave time to the defendant to reach a settlement (allowed under Pakistani law) with Bashiran Bibi. The defendant tried to offer nominal monetary compensation to Bashiran, but she wanted to press charges. On December 9, 2016, the court ordered the investigation officer to file charges against the defendant.

We are waiting for the police to register formal charges on the basis of the court order. If the police still refuse to file a case, we will go back to the court. Once the case is filed, the police are required to submit an investigation report and the proceedings will begin. We will continue to represent Bashiran and will update you as the case progresses.

We will continue to defend Christians facing injustice and persecution in Pakistan and around the world.