Delivering Presentation at the U.N. to Defend Women and Innocent Unborn Baby Girls From Targeted and Forced Abortions Around the World | American Center for Law and Justice
Search  |  Logout  |  Login  |  Register 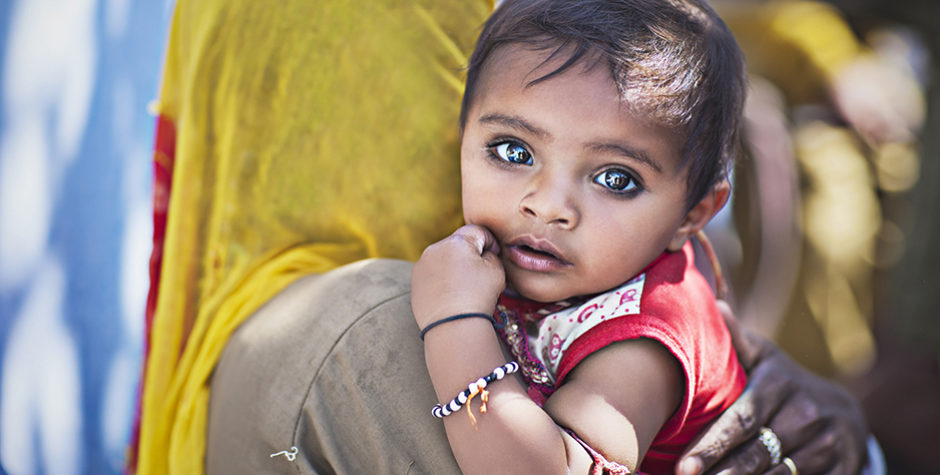 Delivering Presentation at the U.N. to Defend Women and Innocent Unborn Baby Girls From Targeted and Forced Abortions Around the World

Presenting at the U.N. to Defend Women and Innocent Unborn Babies

The Special Rapporteur of the U.N. Human Rights Council (UNHRC) recently released a report on violence against women, prior to the latest session of the UNHRC. The intent was to draw international attention to the horrific violence that women face on a daily basis around the globe simply due to their sex. In this case, an emphasis was placed on female journalists.

As stated in the Special Rapporteur’s report:

Gender-based violence against women is a global plague that affects one in three women worldwide in their lifetime and, as such, creates a culture of normalization and tolerance of such violence in society, which means that women journalists and media workers are operating in an environment whereby systematic and structural gender-based violence forms part of their daily routine.

The expressed intent of the report was to “develop policies or strategies to ensure the protection of women journalists.”

The Special Rapporteur has previously called for “femicide watch” that would require all U.N. member states to establish policies to protect women from sex-based killings and violence.

We were able to make an oral presentation during an interactive dialogue as a Non-Governmental Organization (NGO) during the UNHRC’s latest session through our European affiliate office, the European Centre for Law and Justice (ECLJ ).

We wholeheartedly agree that the scourge of “femicide” or deadly violence against women must be taken seriously and immediate action must be taken to combat it and protect women. However, there’s a root issue that must be dealt with long before they choose a career, journalist or otherwise. Women around the world face grave danger and violence due to their sex every day while they’re still growing in their mother’s womb.

In our presentation, we addressed our concerns about violence toward women, and the focus of the Special Rapporteur:

The first concerns the notion of “femicide”. Femicide is the intentional killing of females because they are females. However, for women journalists, as you write in your report, it is often because of their investigative work that they are killed, not necessarily because they are “women”.

According to the ECLJ, the use of the word femicide should be reserved for cases where it is well established that it is the female gender that motivated the murder, as is the case in many abortions. In many countries, women are forced to have abortions because they are carrying a female baby. A recent UN report indicates that there is a birth deficit of 142 million girls in the world; 46 million of them in India. Many of these forced abortions occur because it is culturally shameful or undesirable to have a daughter. Thus, female gender is the sole reason for the unborn to be aborted.

While it’s difficult to find a hard figure in the last few years, the World Health Organization (WHO) reports that from the period of 2010 – 2014, nearly 56 MILLION innocent unborn babies were aborted worldwide. Of all pregnancies in the world each year, 25% end in induced abortions.

If one woman journalist is murdered, that is too many; but 56 million babies are killed in the womb, and roughly half (and in some cultures a vast majority) are female ; you can do the math. If the U.N. is truly committed to preventing the killing of women, it has to begin first with member states that force citizens to have abortions, like China. While China ended its so-called “one child” – which placed a premium on male children, and led to many abortions of female babies – it is still implementing draconian methods of population control, such as forced sterilization and abortion, over groups it deems undesirable.

As our presentation concluded:

Furthermore, as you write in your last report on violence against women in obstetric matters: “Forced sterilization and forced abortion are crimes and forms of gender-based violence against women” (§21). Yet many women report that they have been pressured by their employers or even by their spouses to have an abortion for professional or economic reasons.

While in China the one-child policy has forced millions of women to have abortions, in the West, it is the availability of abortion on demand that puts pressure on women. Women are pushed to have abortions to keep their jobs while this often does not correspond with what many women really want: to reconcile work and motherhood.

The ACLJ is committed to defending innocent babies not only here at home but internationally. We just helped secure a victory for Life at the U.S. Supreme Court in a case we filed a critical amicus brief in to defend America’s anti-trafficking policy requirement and uphold the Mexico City policy which we’ve told you denies funding to overseas entities that perform or promote abortion.

As stated, we urged the UNHRC to widen its scope beyond simply combatting violence against women journalists and take a hard look at the risks posed to women, not only by state- coerced abortions, but by societal pressures and the abundant availability of abortion on demand in Europe and even here in America.

Until they do, the lives of countless women around the world – who might have otherwise grown up to be journalists, doctors, teachers, or even human rights advocates – will be in danger.