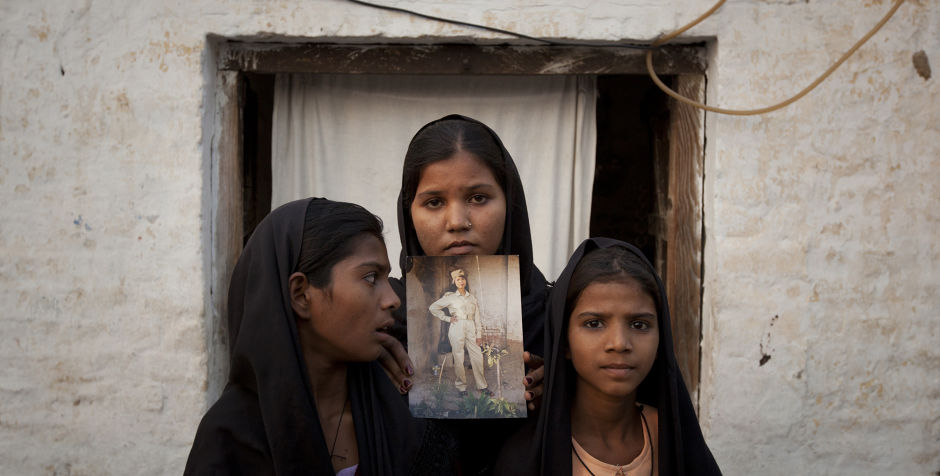 A three-Justice panel of the Supreme Court of Pakistan heard preliminary argument in Asia Bibi’s case. Staff from the ECLJ’s affiliate, Organization for Legal Aid (OLA), attended the hearing on July 22 and has informed us that the Court has accepted Asia’s petition to hear her appeal.

This is a monumental step forward in her case. The high court has temporarily suspended her death sentence as it hears her appeal and makes a decision on the merits. Now this Christian mother of five will have an opportunity to fight for her life before the highest court in Pakistan, giving great hope in the battle for her freedom.

Asia’s attorney, Saif-ul-Malook, informed the Court that the allegations against Asia were baseless and she was innocent. The Court granted the “leave to appeal,” sought complete record of the case for review, and will hear arguments from both sides at a later date not set at this point.

The Supreme Court’s decision to hear Asia’s appeal is an important positive development. The decision shows that the Court believes errors may have been made by the lower courts and that the Court should review the case.

Christian mom Asia Bibi was arrested in June 2009 after her co-workers accused her of uttering derogatory remarks about the Prophet Muhammad (blasphemy) – a crime with mandatory death penalty under Pakistani law – when she offered a Muslim co-worker a drink of water. A trial court sentenced Asia Bibi to death in November 2010 and the Lahore High Court (the appellate level court) upheld her conviction in October 2014.

In the written petition filed with the Supreme Court, Asia’s attorney had pointed out the errors made by the lower courts. He argued that, in upholding Asia’s death sentence, the High Court, inter alia, failed to take into consideration the unexplained delay of five days in registering the First Information Report (FIR). Under Pakistani law, such delay is considered harmful for the prosecution’s case because it shows that the accusers had planned the case with mala fide intention. In this case, the petition states, Asia Bibi was forced to confess the crime before a mob of hundreds of Muslims and the case was registered “after due deliberation and consultation by [the local Muslim cleric].” In 2002, the Supreme Court reversed Ayub Masih’s (a Christian awarded a death sentence for blasphemy) conviction over a delay of a few hours in registering the FIR.

The petition further argued that the High Court also failed to take Asia’s testimony into consideration. Asia testified that she did not blaspheme the Prophet Muhammad’s name. It is a well settled principle of law that, in a case in which two conflicting versions of the incident are given, both versions must be given due weight. But the High Court failed to consider Asia’s statement at all.

Some argue that the lower courts are usually under pressure from religious zealots to hand down convictions. Unlike the lower courts, however, the Supreme Court is less susceptible to threats and more likely to decide cases on the merits.

We urge the Supreme Court to set a date for the argument at its earliest convenience and end Asia Bibi and her family’s ordeal. Each day Asia Bibi spends in prison amounts to a great miscarriage of justice. The injustice is compounded given the many errors made by the lower courts.

We will continue to inform you about the case and let you know when a date for the hearing is set as we continue aggressively advocating for Asia Bibi’s freedom across the globe.