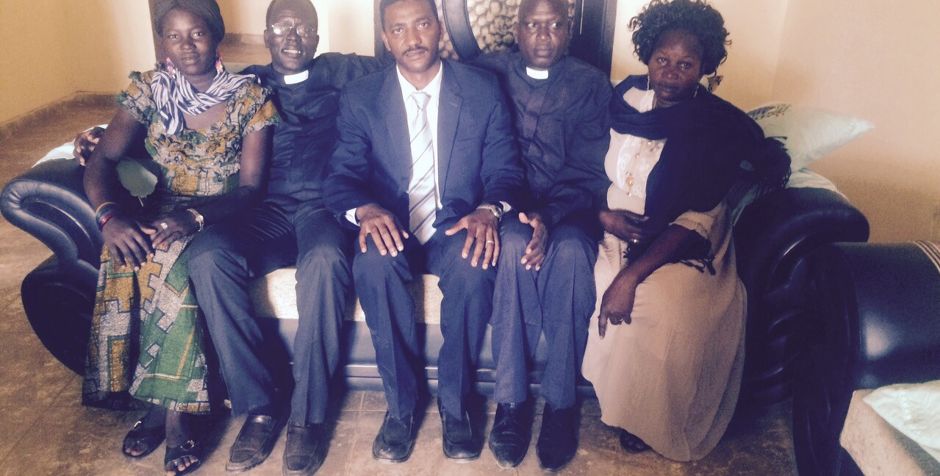 The Christian pastors, originally from South Sudan, were on trial because of their faith, facing possible death sentences.

After a major international outcry, including more than 220,000 who have signed our petition for their freedom at BeHeardProject.com, the pastors are now free.

Pastors Michael and Peter are eternally grateful for the prayers and voices of all those who have taken action for their freedom.

We spoke with the pastors following their release, and they asked us to share their gratefulness.

Pastor Michael said, “They released us today. We are happy. We had heard we won't be released. But praise God!”  Pastor Peter echoed his friend’s joy saying, “We are very happy now we are free because of your prayers. Thank you for all that you have done for us.  God heard your prayers and we are free! With the help of Mohaned [Mustafa] and his team, they do great work for us and God uses him.”

This is a major victory in the fight against Christian persecution worldwide.  The voices of hundreds of thousands of people demanding justice have been heard.  The prayers of millions have been answered.

Last month, we sent an emergency legal letter to the new Minister of Justice of Sudan explaining why international human rights law and treaties agreed to by Sudan require a fair trail and the protection of Christians from religious persecution.  Officials from the Minister of Justice’s office then began attending the trial, showing that the international pressure was having an important impact.  Today, the judge convicted the pastors of a lesser offense and immediately released them for time already served.  The judge stated, “[T]he sentence they served in prison is enough, release them immediately and return the mobile phones and laptops” to them.  Now they are free to go.

Last year we led an international advocacy campaign for the release of Christian mom Mariam Ibraheem who was on death row in Sudan for her faith.  Mariam was released after a similar international outcry.  Over the last several months, we’ve been working directly with Mariam Ibraheem to pressure Sudan to likewise release these two Christian pastors.  Now, like Mariam, Pastors Michael and Peter are free.

We continue to pray for the pastors’ safety and are working with our contacts on the ground and our international affiliated offices in the region to ensure that they and their families are able to safely settle in a location of their choice.

Thank you for your prayers, your voice, and your support of our ongoing efforts to defend persecuted Christians worldwide.