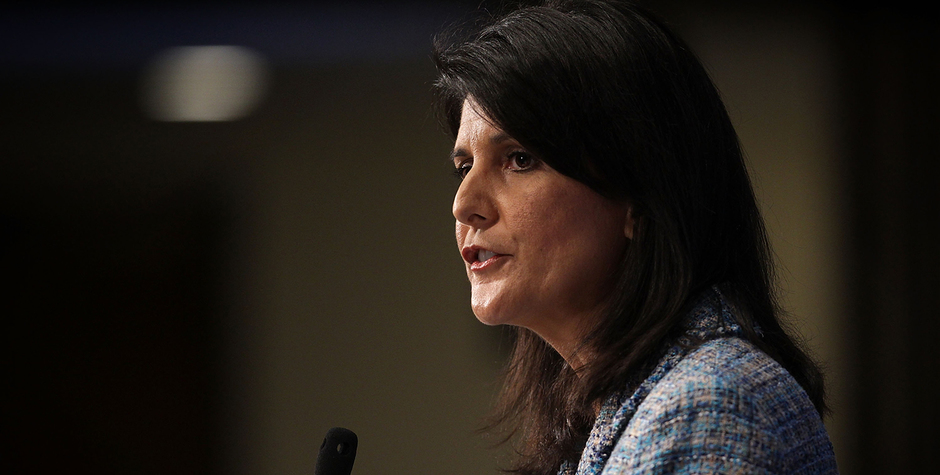 As the Islamic State (ISIS) continues its genocidal campaign to eradicate Christianity and other religious minorities throughout Iraq and Syria, the world’s principal international body, the United Nations, has remained silent.

The ACLJ has been advocating globally for three years to end the ISIS genocide against Christians and other religious minorities. These historical atrocities will only end with U.S. and global leaders recognizing what is happening AND acting to end it.

This moment for moral clarity and leadership could not be more important. Our campaign has led to the European Assembly, the U.S. State Department, and other entities recognizing the genocide.

But the United Nations must recognize the genocide, and then the international community must stop it.

This is our message to Permanent Representative of the United States to the United Nations, Nikki Haley, in the letter delivered to her earlier today:

It is imperative that the United Nations formally recognize that the ongoing atrocities committed by ISIS against Christians, Yazidis, and other religious and ethnic minorities in Iraq, Syria, and elsewhere constitute genocide for purposes of implicating the obligations of the international community pursuant to the Convention on the Prevention and Punishment of the Crime of Genocide and the well-established responsibility to protect the victims of genocide. While we call for swift and decisive action by the international community to stop the genocide and protect the victims, we are also aware that the first step is for the United Nations to formally recognize that the atrocities constitute genocide and to recognize all those victimized thereby, including Christians.

But recognizing the brutality is only the beginning. We must also act to stop the beheadings, sex slavery, crucifixions, and other evil actions taken by ISIS to intimidate and eliminate Christians and other religious minorities from the face of the Earth. The United Nations must lead the world in meeting our international legal and moral obligations. Our letter continues:

Our international campaign will continue until the global community does what it must and does what is right – formally recognize and end the ISIS genocide.