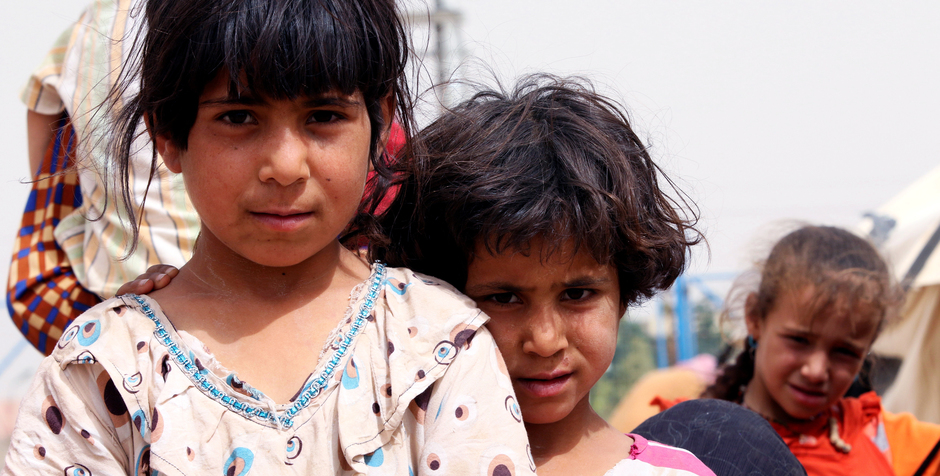 A Timeline of ISIS Atrocities

For years on end the world has watched in horror as the Islamic State (ISIS) has committed unspeakable atrocities against Christians and other religious minorities.  ISIS has systematically and ruthlessly taken over regions throughout the Middle East, demanding that Christians and others convert to Islam and bow the knee to the jihadist army. Christian men are being brutally murdered, women and children are being abducted and young girls are being sold as sex slaves to ISIS fighters.  The American Center for Law and Justice (ACLJ) recognized these actions for what they are years ago – an attempt to exterminate Christians from the cradle of Christianity. Accordingly, we have been working since 2013 to protect the victims of ISIS and have continued to call on the international community to recognize the genocide of Christians and other religious minorities.

In the timeline below, you can see a sampling of the historically evil actions taken by ISIS against Christians and other religious minorities, and the actions we have taken and continue to take at the ACLJ to defend our persecuted brothers and sisters around the world.

Will you join us in advocating for our Christian brothers and sisters and the other religious minorities across the world who are facing genocide at the hands of ISIS?

The ACLJ will continue fighting around the world to stop the historic injustices facing Christians. Join us by signing our petition below.