ACLJ LAUNCHES GLOBAL EFFORT TO FREE CHRISTIAN PASTOR – A U.S. CITIZEN – IMPRISONED IN TURKEY BECAUSE OF HIS CHRISTIAN FAITH

(Washington, DC) - The American Center for Law and Justice (ACLJ), which is active in defending persecuted Christians around the globe, announced today it is representing the family of American Pastor Andrew Brunson – a U.S. citizen from Black Mountain, North Carolina – who is imprisoned in Turkey because of his Christian faith.  Pastor Andrew has been in a detention center for the last two months and just days ago was transferred to a prison. The ACLJ is launching a global campaign to free Pastor Andrew.

“We are representing the family of an American Pastor who is facing grave danger in a Turkish prison where he is being held simply because of his Christian beliefs,” said Jordan Sekulow, Executive Director of the ACLJ.  “The government of Turkey – led by an Islamic party – has begun increased crackdowns on Christians, and Pastor Andrew, if convicted, may face years in prison based on extremely serious – and false – charges. We are launching a global campaign to call attention to his plight demanding that Turkey – a NATO member – release Pastor Andrew without delay.”

The family of Pastor Andrew Brunson released this statement:

“Andrew’s strong faith has always been at the center of his life and that has never been more evident than his pastorship in Turkey.  His love and concern for the people of Turkey is unmistakable, as he has dedicated 23 years of his life serving them. That is what makes his imprisonment and the unfounded charges so unbelievable and shocking.  This development is not only troubling but places him in grave danger. We are working to secure his freedom and will not rest until Andrew is free.  We're grateful for the support of the ACLJ and others who are working to demand that Turkey release Andrew without delay.”

“It is both troubling and disturbing that my father, who has called Turkey home for the last 23 years, is imprisoned without cause. I grew up in Turkey and saw firsthand how much he loves Turkey and the Turkish people. He has exhibited nothing but love, mercy and grace during his time there. Our family is shocked by this latest development and we urge the government to release him immediately. The best Christmas present our family could receive this year is the release of my father.”

On the morning of October 7, 2016, Pastor Andrew was summoned to the local police station in Izmir, Turkey. He believed he would be receiving a long-awaited permanent residence card. Pastor Andrew, who is a U.S. citizen, has been living in Turkey for 23 years, running a Christian church with the full knowledge of local authorities.

When he arrived at the police station, he was informed he was being deported based on being a “threat to national security” – a common excuse for deportation in Turkey.

It then became clear that he was being arrested and would be detained until deportation.  Pastor Andrew was fingerprinted, searched, and officials confiscated personal affects – including his phone.  He was also denied a Bible.

Instead of being deported, as he was originally told, he was held with no charges for 63 days, during which time he was denied access to an attorney.  He spent part of this time in isolation.

Then on December 8th, after being incarcerated for more than two months, the situation became worse. In the middle of the night, Pastor Andrew was taken to a counter-terrorism center in Izmir and then taken to court.  He was questioned and now has been charged with “membership in an armed terrorist organization.”  The charging documents, however, do not present any evidence against him.

A Turkish judge had the option to deport Pastor Andrew, release him with the condition that he sign-in with local authorities weekly, or imprison him.

The judge decided to remand Pastor Andrew to prison.

Family members say that Pastor Andrew has quietly and faithfully pastored churches in Turkey for nearly a quarter century. He has raised his family in Turkey, and has never been a member of an armed terrorist organization.

Pastor Andrew remains in prison where he is awaiting trial and, if convicted of these false charges, could face years of imprisonment.

“As we approach Christmas – a season of hope and promise – we know that people around the world will stand with Pastor Andrew – will be Pastor Andrew’s voice – supporting his fight for freedom and will join us in urging Turkey to release him immediately,” said Sekulow.

The ACLJ has been advocating for the protection of Christians and other religious minorities for years. The ACLJ also has been very active in working to bring an end to the persecution of Christians taking place in many parts of the world. 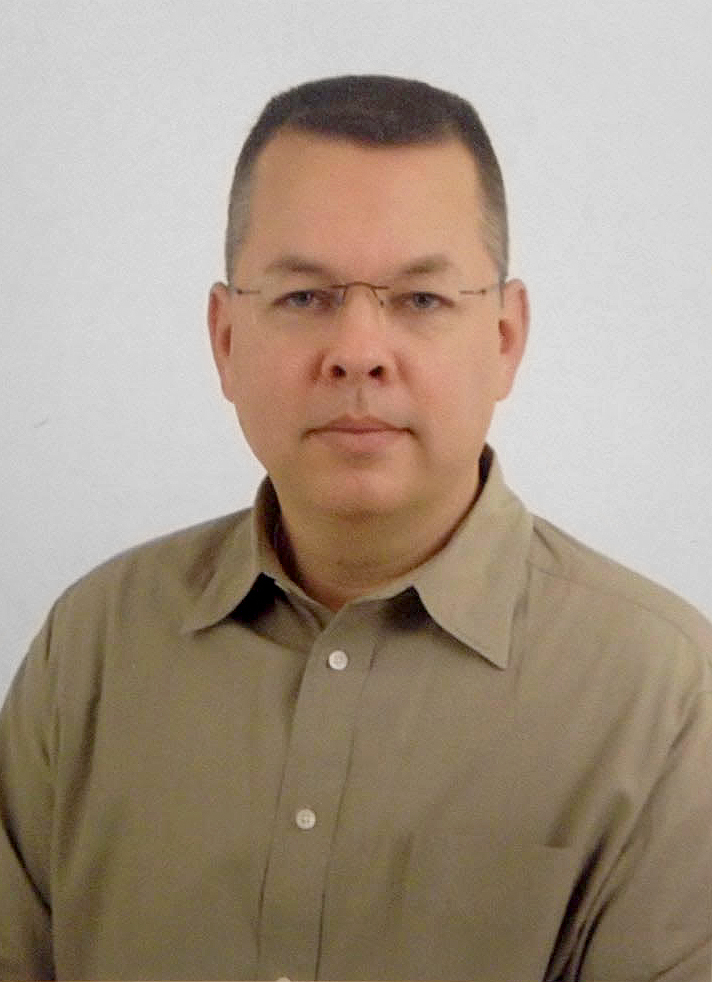