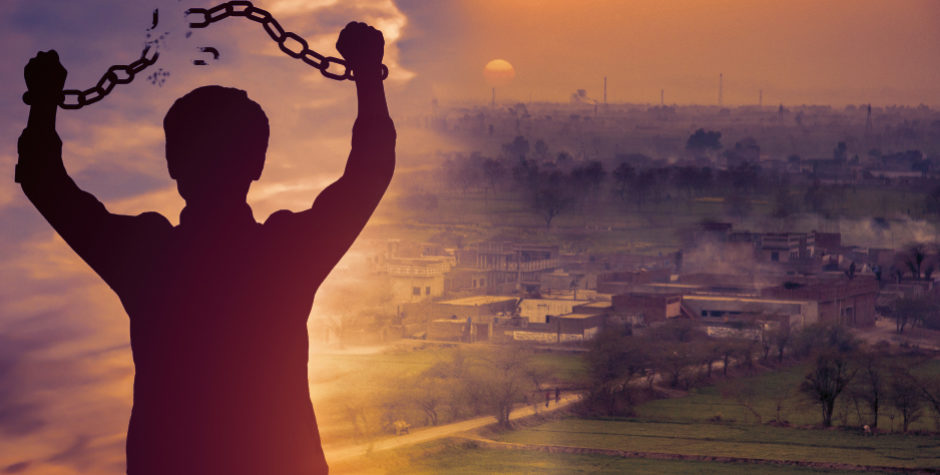 The ACLJ’s international affiliate, the European Centre for Law and Justice (ECLJ), has achieved another victory in the fight against bonded labor in Pakistan. On June 21, 2019, the ECLJ’s affiliate in Pakistan, the Organization for Legal Aid, obtained the freedom of a Pakistani Christian family after two years of forced labor.

Babar Masih, his wife, and their four young children – were forced to perform farm labor on behalf of a Muslim man, Muhammad Asif. When Asif hired Babar Masih, he loaned Masih approximately 230,000 Pakistani rupees (about $1,463 USD), a usual way of bonding people into involuntary labor, but outlawed under Pakistani law. As we explained in a previous post, the giving of such loans is a common practice to bind workers to forced labor for years, and sometime decades.

In June 2017, Babar Masih agreed with Muhammad Asif to plough twenty-five acres of land and oversee some farm animals. In exchange, Asif was to pay Masih 7,000 rupees (about $44) per month and one liter of milk per day. The family was also provided a servant quarter.

After Masih started working, Asif made Masih’s wife, Zubaida, and their thirteen-year-old daughter, Muskaan, perform household duties such as sweeping and laundry for 1200 rupees (about $8) a month. Masih’s other children, ages eight, ten, and twelve, were also forced to chop fodder for the animals.

After one year, Masih told Asif that $8 was not enough for his wife and daughter’s work. Asif told him that $8 was enough because of the money he had loaned Masih. When the Masihs attempted to quit, Asif refused to let them go, saying that the initial loan was not fully paid, despite the Masih family’s underpayment and their forced labor for the past year.

Starting in June 2018, Asif forced Masih, his wife, and his four children, to work for yet another year against their wills. During this time, Asif stopped paying Masih altogether, claiming that the salary earned was going directly to repaying the debt.

On June 19, 2019, Masih’s wife, left the farm to seek help. To do so, she was forced to leave behind her husband, two sons, and two daughters on the farm. She contacted our office in Pakistan.

On June 20, 2019, our attorneys filed a habeas corpus petition in the Lahore High Court. As required by law, the court appointed an official to recover the family and present them to the court. The official went to the local police station and obtained a police contingent to raid the place where the Christian family had been detained. When they arrived at the scene, the room where the family slept every night was locked from the outside. The police broke the lock and found Masih and his oldest daughter chained to the bed to stop them from escaping.

Asif had been chaining Masih to the bed at night for some time in order to ensure that Masih and his family would not be able to escape, and that they would continue to their forced labor. After discovering the horrid conditions, the Pakistani police and the court official rescued Masih and his family.

The following day, our attorneys and the court official presented the Masih family before the court. The court official presented his report, listing the conditions in which the Christian family had been detained. Muhammad Asif’s counsel tried to tell the judge that it was the Masihs’ last day of work and they were not detained or forced to work. The judge said, “then you should not have a problem if they are released since it was their last day.” The counsel also tried to argue that the Masih family owed money to his client. The judge said that the court official’s report is clear about the facts. Then the judge said, “what do you think I should do to these human beings.” The Judge looked at the counsel and said “I am going to set them free.” The judge then ordered that the family be set free.

After the hearing, our team brought the Masihs to our office in Lahore and advised them on how to continue on with their lives. The family chose not to bring any charges for forced and child labor because the family has to earn a living and cannot endure the further burden of appearing before the authorities for long trials and facing a continuous threat of retaliation from a powerful employer. 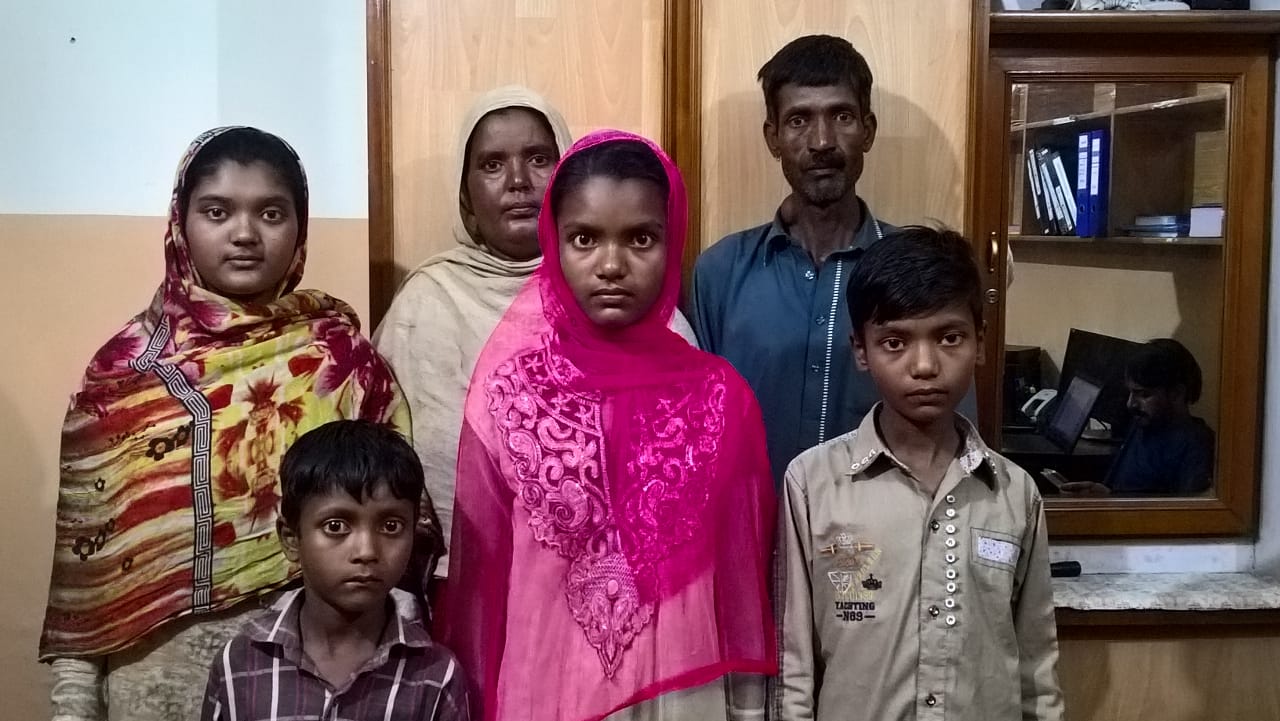 Masih and his family are extremely grateful for the swift relief that our office was able to provide. They are now happily placed in another city where they can continue to perform agricultural work. They have also stated that they will be sending their children to school. This is a great victory for not only our office in Pakistan but for all those who support the work of the ACLJ.