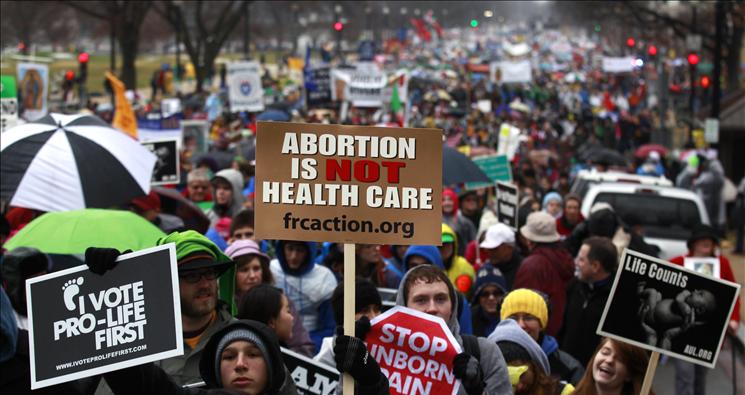 The Tyranny of the Abortion Pill Mandate

Tyranny of the Abortion Pill Mandate

Challenges against President Obama’s abortion-pill mandate continue to grow, as people all across America stand up against this blatant violation of religious liberty.

The premise behind the HHS Mandate is quite simple. All employers, religious or otherwise, must provide health insurance for their employees that covers contraceptives and abortion pills. In other words, regardless of your faith, you must pay for abortion pills.

For the millions of Americans who believe that we are all created in God’s image, that life begins at conception, and that we are commanded by God to protect life, this mandate to pay for abortion pills directly violates our religious liberty.

As we stated it in one of our recent amicus briefs, “Thus, the Mandate presents all Christian employers with a stark choice: obey Caesar, or obey Christ.”

It was the view of our Founding Fathers that no American should ever be forced to make this unconscionable choice – the “choice” to violate God’s laws or be punished by government.

Our nation’s first President, George Washington, made it clear that such a “choice” could never be supported under our Constitution and that our government would never be able to violate the religious liberty of the American people in this way. In 1789 he wrote:

If I could have entertained the slightest apprehension that the Constitution framed in the Convention, where I had the honor to preside, might possibly endanger the religious rights of any ecclesiastical Society, certainly I would never have placed my signature to it; and if I could now conceive that the general Government might ever be so administered as to render the liberty of conscience insecure, I beg you will be persuaded that no one would be more zealous than myself to establish effectual barriers against the horrors of spiritual tyranny, and every species of religious persecution.

As the ACLJ, on behalf of Christian business owners, Members of Congress, religious institutions, and hundreds of thousands of Americans, challenges the HHS Mandate in court, our argument is quite simple.

The HHS Mandate, by requiring people of faith to provide abortion-pill coverage, “imposes a substantial burden on [their] free exercise of religion by coercing [them] to choose between conducting their business in accordance with their religious beliefs or paying substantial penalties to the government.”

Both the Constitution and federal law, through the Religious Freedom Restoration Act (RFRA), prohibit the government from infringing upon that most sacred right of religious liberty that we have all been endowed with by our Creator.

The ACLJ has now filed two lawsuits on behalf of private business owners whose faith is violated by the abortion-pill mandate. We have also filed amicus briefs in numerous other challenges to the mandate around the country.

The mandate has become a serious affront to the religious liberty of many faith traditions. We represent 79 Members of Congress, filing amicus briefs in a dozen cases on behalf of Catholic institutions and charities, including notable institutions such as the University of Notre Dame, and we have also recently filed an amicus brief on behalf of Regent University in a challenge brought by an Evangelical Christian college.

Thus far, over 100 plaintiffs have brought challenges to the HHS Mandate’s violation of religious liberty, and more continue adding by the day.

It is clear that the American people oppose this unconstitutional religious liberty violation. Regardless of the status of this litigation, the next President of the United States has the opportunity to end this Executive Branch regulation on his first day of office. Join thousands of others in by signing our petition to the candidates to end the abortion-pill mandate.