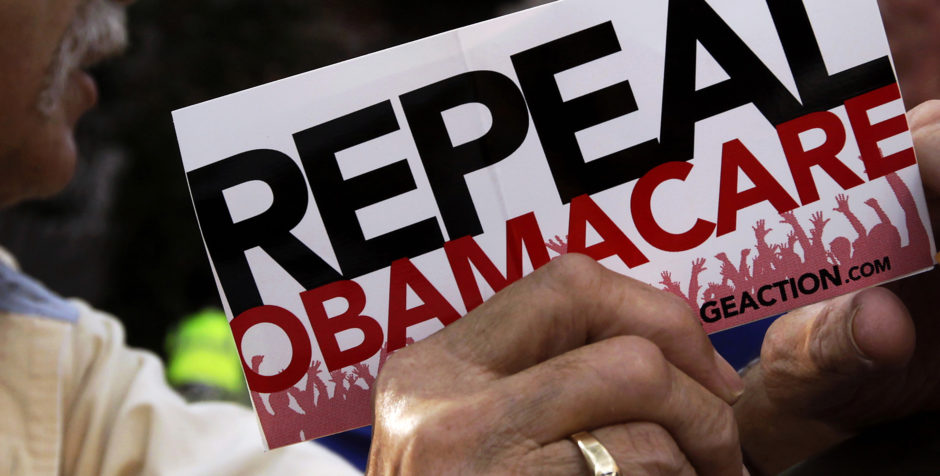 The President’s Executive Order on Healthcare

President Trump just signed an Executive Order “to Promote Healthcare Choice and Competition.” This Executive Order allows small businesses to unite to purchase healthcare across state lines and avoid portions of ObamaCare’s onerous mandates and failing healthcare markets. The President has exercised his constitutional authority to take the next step and do what Congress has failed to do for months: reform our broken healthcare system, lower costs, expand access to health insurance coverage, and restore our healthcare freedom.

The President’s Executive Order does three things. First, it directs the Department of Labor to treat small businesses like large companies under the Employee Retirement Income Security Act (ERISA). This allows these small businesses in the same industry to band together across state lines as “associations” and bargain for lower healthcare rates for their employees. It gives small businesses – the heart and soul of America’s economy – access to the same bargaining power as corporate America.

By allowing small businesses to unite as “associations” under ERISA, these new health plans avoid many of ObamaCare’s onerous regulations. For example, ObamaCare mandates every insurance policy contain certain coverage for certain maternity fees. Nuns, men, and elderly women are all forced to bear the cost for services they will never use. ERISA plans, however, do not have to abide by these onerous requirements. Now, you can choose to pay for the coverage you need.

Second, the Executive Order directs the Departments of Labor, Health and Human Services, and Treasury to expand access to low cost short-term duration insurance (STLDI). These plans provide low cost coverage to those between jobs, who missed enrollment windows, or are in one of the many states with a failing ObamaCare insurance market.

Third, the Executive Order directs the Department of Labor, Health and Human Services, and Treasury to authorize the expanded use of Health Reimbursement Arrangements (or Health Reimbursement Accounts – HRAs). HRAs are employer-funded accounts that reimburse employees for healthcare expenses, including deductibles and copayments. Any money contributed to these counts is not counted as taxable income.

These three major reforms are designed to give Americans the freedom to purchase health insurance on their own terms, at affordable rates, and outside the failing and oppressive ObamaCare regime. Better yet, they cost nothing to the American taxpayer.

Moreover, these reforms are not only beneficial, but also, they are constitutional. Despite this fact, the Left and entrenched lobbyists will undoubtedly challenge this order.