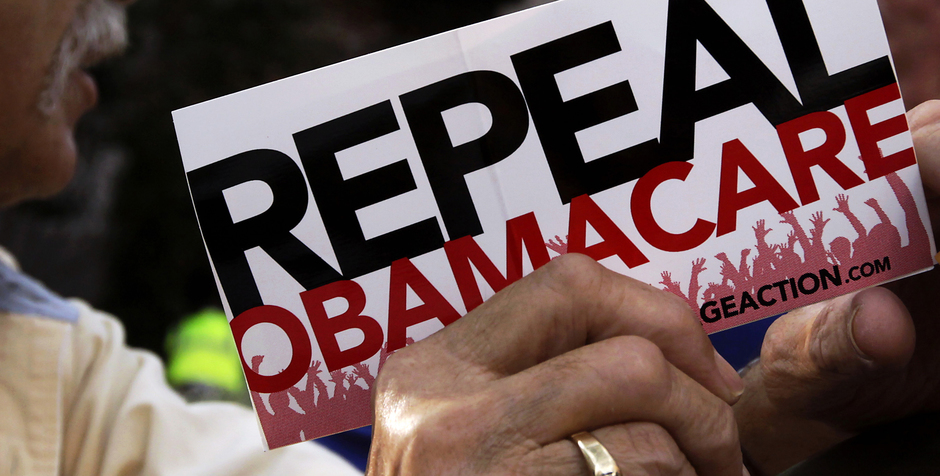 Promising to bring costs down and increase access on the one hand, and enacted with enormous fanfare and unequaled deception on the other, the Patient Protection and Affordable Care Act (also known as Obamacare) became law in 2010. This law was perhaps the most ambitious social legislation in American history. Today overwhelming evidence indicates that President Obama’s signature law is imploding as patients lose their health care plans, insurance prices skyrocket, and more and more patients lose their doctors.

Throughout the passage and the rollout of Obamacare, the American people were systematically lied to at virtually every step of the way. Among the more consequential falsehoods was President Obama’s 2009 claim that the individual mandate was not a tax but a penalty.  But facts are stubborn things that resist deceit. In 2012, in a case called National Federation of Independent Business v. Sebelius, President Obama’s lawyers successfully argued that the individual mandate, while labeled a penalty, was in fact a tax.

The facts clearly and unmistakably expose ObamaCare as nothing less than a total sham in its inception and throughout its execution. This law violates basic norms of truthful advertising and its defenders appear to lack the morality one might expect of loan shark operators.

ObamaCare’s current implosion is poised to impose a heavy price on American citizens, while   the politicians that gave us this disaster in the first place try to escape richly deserved retribution. On the other hand, prior to the passage of ObamaCare, President Obama and a number of top administration officials said: “If you like your plan, you can keep your plan.” He also said that health care reform would reduce the cost of health care.  Moreover, the president stated that if you like your doctor, you can keep your doctor.

Such claims were knowingly false at the time they were uttered. Indeed, as Katie Pavlich of Townhall reports, ObamaCare chief architect Professor Jonathan Gruber admits that the Obama Administration went through “tortuous” measures to keep the facts about the legislation hidden “from the American people.”  While the Obama Administration stubbornly touts its commitment to transparency and openness, Gruber said that “if you had a law which said that healthy people are going to pay” into the system and the sick people will get the money, ObamaCare would not have passed. In other words, Gruber concedes that the Obama Administration--relying upon the alleged “stupidity” of the American people--simply was not being transparent in the first place.

Nonetheless, fed by a pre-commitment to progressive ideology rather than the facts, a torrent of falsehoods keeps coming. Last week, President Obama “took a health-care victory lap in Miami as he celebrated ‘all the progress that we’ve made in controlling costs’ and portrayed the law’s critics as ‘false and politically motivated.’” On the other hand, the American people understand full well that they are not stupid. They know that the President is not entitled to his own facts.

The American people understand that in 2017, (1) a 27-year-old in Arizona will pay 116% more for health insurance; (2) Oklahomans will see insurance rates skyrocket by up to 69%, and (3) the Health and Human Services Department projects that ObamaCare premiums, on average, will soar by 25%. If this is progress, it was woefully and unintelligently designed from the start.

Now it is going in the wrong direction. The scandalous increases in insurance costs correspond with other disturbing facts that have come home to roost. Americans now know that if they like their insurance plan, they cannot necessarily keep it. They know that if they like their doctor, they cannot keep their doctor.  Americans also realize that competition among insurers has shrunk. Furthermore, they appreciate that ObamaCare places their conscience at risk. For instance, the Obama Administration insists that Little Sisters of the Poor—an organization of nuns whose average member is 65 years-old—must provide conscience-violating contraceptives to its members because of the ObamaCare mandate. ObamaCare, as written, imposes a greater penalty on employers, who provide health insurance coverage but without contraceptive coverage than on employers who have eliminated health insurance coverage eliminating entirely. This is bizarre.

Bizarrely enough, in March of 2010, Nancy Pelosi, then Speaker of the U.S. House of Representatives said: “we have to pass the bill, so you can find out what is in it, away from the fog of controversy.”  Lurking in the shadows of ObamaCare is the unspoken commitment by many politicians to a single-payer/government system. While such inclinations are becoming more and more evident, the American people now understand what Representative Pelosi and members of the Obama Administration were trying to do in 2010: Pelosi and other politicians were not really interested in steering the American people away from the fog of controversy but from the self-generated smog of their own legislative duplicity, which has the goal of
destroying the private healthcare market.

Over the past six years, both the Obama Administration and leftist politicians have engaged in a deeply craven effort to deceive American voters while taking control of one-sixth of the American economy. In the days, months and years ahead, American citizens will have an opportunity to ensure that duplicitous and deceitful politicians pay a deeply deserved political price.

The facts on the ground demand no less.