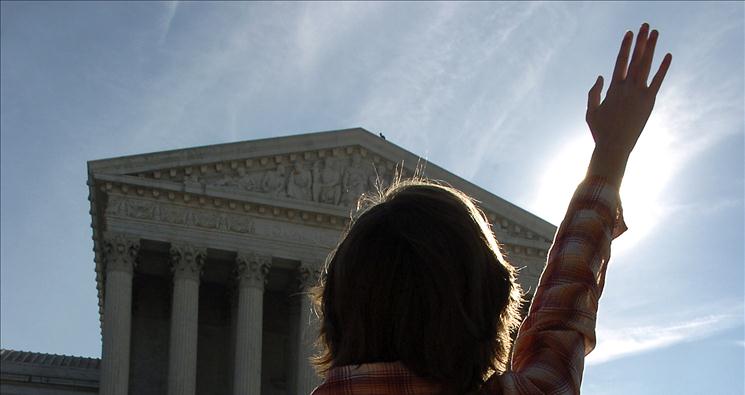 Yesterday, Judge Richard E. Dorr, a federal judge in Springfield, Missouri, struck a blow against the federal government and its enforcement of the HHS Mandate -- the governmental edict that employers include abortion-inducing drugs in employee health plans or face ruinous penalties and fines. While the administration has decided that churches need not comply with the Mandate, and nonprofit entities need not comply until August of next year, almost every other employer in the country is bound by its dictates, no matter an employer’s religious, moral, or ethical beliefs. The government obviously thinks that conscripting private citizens into paying for abortifacient drugs against their conscience takes precedence over respecting the rights of conscience.

We filed suit on behalf of Paul and Henry Griesedeick and their companies in October of this year. The Griesedeicks, Evangelical Christians, are firmly committed to the sanctity of human life and thus refuse to participate in any plan, program, or service that would end it. After the HHS Mandate was finalized earlier this year, the Griesedeicks took a stand. Pursuant to their religious and moral beliefs, they made it clear that they and their companies would not pay for any health plan that includes abortion-inducing drugs.

In our lawsuit challenging the Mandate, we alleged that the regulations at issue violate the free exercise of religion, as protected by both the First Amendment and federal law. But we did more than file a complaint. Because the Griesedeicks had to comply with the Mandate by the beginning of the new year, we also filed a motion with the court asking it to block enforcement of the Mandate until a final resolution of the case. This is how we described the dire situation our clients faced:

“By January 1, 2013, at the latest, Paul and Henry Griesedieck face a stark and unavoidable choice: abandon their beliefs in order to stay in business, or abandon their businesses in order to stay true to their beliefs. That is a choice that the federal government, bound by the First Amendment and the Religious Freedom Restoration Act may not lawfully impose upon them.”

Yesterday, the U.S. District Court for Western Missouri ruled in American Pulverizer v. HHS that the government could not lawfully impose this choice.  It held that until the conclusion of the case, when we hope to obtain a permanent injunction, our clients are free to follow their religious beliefs in how they run their companies. In other words, the Griesedeicks cannot be coerced into violating their conscience; they cannot be required to choose Caesar over Christ. As Peter and the apostles exclaimed, when commanded to cease preaching the Gospel, “We must obey God rather than men!” (Acts 5:29.)

In his opinion, Judge Dorr relied on our recent victory on behalf of Frank O’Brien, where the Eighth Circuit Court of Appeals granted him preliminary injunctive relief -- the first court of appeals victory in the ongoing Mandate cases.

But the judge didn’t rely on the precedent of O’Brien alone. He also rejected the argument made by the government and the ACLU that the Mandate doesn’t impose a substantial burden on our clients: “the Court determines that there is a substantial likelihood that Plaintiffs will able to prove, on the merits, that the [the Mandate] substantially burdens Plaintiffs’ exercise of religion.”

The court raised the very question that lies at the heart of the Mandate cases brought by for-profit employers: “there are many entities under which an individual can run a business, i.e. a corporation, partnership, LLC, closely-held subchapter-s corporation, or sole proprietorship. Does an individual’s choice to run his business as one of these entities strip that individual of his right to exercise his religious beliefs?”

The underlying point is clear: employers do not have to abandon their religious beliefs when they step foot into the commercial marketplace.

Yesterday’s decision is not just an important one for our clients and their constitutionally protected liberties, it is an important victory for the ongoing legal efforts to preserve and protect our First Freedom: the free exercise of religion. But much work remains ahead of us. Today, the Department of Justice will file its response to our emergency motion in the Korte case and respond to our appeals brief in the O’Brien case. Next month, we will be filing additional challenges against the administration and its unconstitutional Mandate. We will not rest in these efforts until the administration throws up its hands and surrenders -- or the United States Supreme Court forces it to.