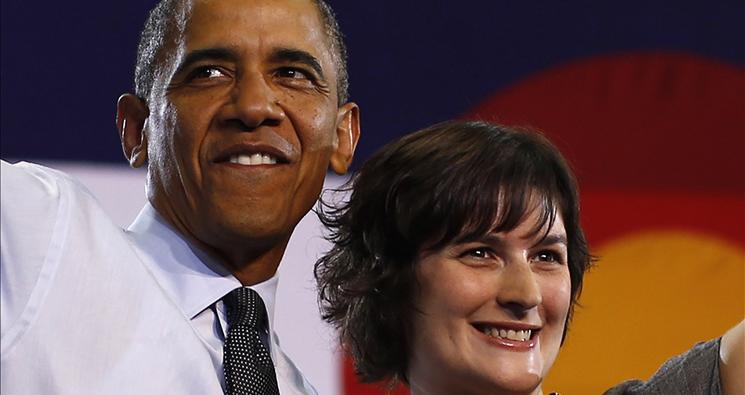 Just over one year ago, the ACLJ filed the first lawsuit against the HHS Mandate on behalf of a for-profit employer, Frank O’Brien and O’Brien Industrial Holdings. As you know, the Mandate requires many employers to provide coverage of abortion-inducing drugs, contraception, sterilization, and related education and counseling in their employee health plans, with no religious exemption or accommodation for business owners who believe that providing such coverage is immoral.

Last November, the Eighth Circuit Court of Appeals, which has authority over seven federal courts in the country, issued an injunction in favor of Frank O’Brien and his business. This decision, the first victory against the Mandate in the federal courts of appeal, allows Frank O’Brien to continue operating his business according to his religious beliefs pending the appeal of the case.

Since last November, the ACLJ has obtained a preliminary injunction in six other cases, including from two other federal courts of appeal: the Seventh and D.C. Circuits.

The most recent injunction in our favor came down last Friday, when Judge Ruben Castillo of the U.S. District Court for the Northern District of Illinois entered a preliminary injunction protecting our clients, Fred and Catherine Hartenbower, and their businesses, Hart Electric and H.I. Hart, from having to comply with the Mandate. [see attached order]

What’s most noteworthy about this order is that the Department of Justice, charged with the responsibility of defending the government in the nationwide challenges against the Mandate, did not oppose it. In light of our victory before the Seventh Circuit last December, which granted our clients Cyril and Jane Korte an injunction pending appeal, as well as an additional Mandate case that sought and obtained the same injunctive relief, the DOJ understood that it would have been a waste of time and energy to oppose our request for a preliminary injunction before the federal court in Chicago.

What we said in the unopposed motion filed last week captures well what is at stake in the Mandate challenges pending in federal courts across the country:

Plaintiffs wish to run their businesses in a manner consistent with their religious values and beliefs, including in the choice of a health plan for themselves and their employees. Regulations imposed by Defendants, however, requiring that group health plans include FDA-approved contraceptive methods and sterilization procedures as well as patient education and counseling about those services do not allow Plaintiffs to do so. Plaintiffs’ religious principles and beliefs not only provide that abortion, contraception, and sterilization are immoral, but that directly paying for the use of such products and services through a group health plan is immoral as well. Plaintiffs are thus confronted with a Hobson’s choice: violate their religious beliefs in the management of their businesses, or pay the federal government in order to act consistently with their faith.

This is a choice the Religious Freedom Restoration Act and the First Amendment do not allow the federal government to impose on its citizens. If the free exercise of religion means anything, it means the right of citizens to conduct their personal and professional lives in a manner true to their religious beliefs.

Over the next few months, federal courts of appeal will hear arguments in several Mandate challenges, including ones brought by the ACLJ. How decisions from these courts will turn out remains to be seen, but one thing is crystal clear: we will not rest until the U.S. Supreme Court intervenes and restores the right to religious freedom guaranteed by our Constitution and protected by federal law.