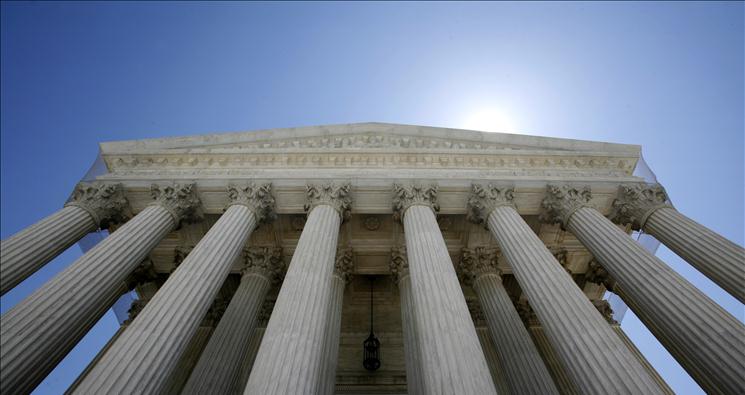 Today, as announced here, the ACLJ filed a friend of the court brief with the U.S. Supreme Court in the two HHS Mandate cases the Court agreed to review last November: Hobby Lobby and Conestoga Wood.

Almost two years ago, the ACLJ was the first group to file suit on behalf of a for-profit business against the Mandate.  Since that time, the ACLJ has filed six other Mandate challenges and there are now over 45 for-profit cases pending in courts across the country.  In each of our cases, we’ve been able to secure preliminary relief for our clients.

In the brief filed today -- submitted on behalf of the ACLJ, over 90,000 ACLJ supporters, and twenty-one family business owners -- we argue that the Mandate imposes a distinct legal injury on business owners who object to paying for abortifacient drugs in their companies’ health plans.  Additionally, we argue that the Mandate substantially burdens these owners’ religious exercise as protected by the First Amendment and the Religious Freedom Restoration Act (“RFRA”).

In other words, according to the government, the Mandate is immune from religious freedom challenges brought by business owners and their businesses; and if they can’t challenge the Mandate, no court can decide whether the Mandate can be lawfully applied to them.

In a cert petition filed with the Court last November, we argued that not only can corporations act according to religious principles, but that the law should protect them when they do so.  A business, for example, that does not open on Sundays for religious reasons should be able to challenge a law requiring a business to remain open seven days a week.

In today’s amicus brief, we argue that if for-profit corporations are not protected in their religious exercise, at least the owners of such corporations should be protected, and in these cases, it is clear that the Mandate forces them to manage their companies in violation of their religious beliefs.

In the government’s view, when people with religious convictions start and incorporate a business, they must necessarily operate that business as though they had no such convictions; they should leave their religious beliefs at home or at their place of worship.

But for many business owners, like those who joined our amicus brief, this is a remarkably narrow view of the role religion plays in both their personal and professional lives.

As we point out in the brief:

Most, if not all, religious traditions teach that every dimension of one’s life, whether personal or public, in the home or in the workplace, should be directed, first and foremost, by one’s religious commitments.  For such people of faith, religion is not a matter of mere taste, preference, or inclination that can be set aside or ignored when materially advantageous to do so.  It is a fundamental and guiding principle that shapes how they think, act, and live their lives in the world.
This is no less true when it comes to business, whether working for a company or owning and controlling one.

Though, technically speaking, the Mandate only applies to corporations that sponsor a group health plan, a corporation cannot comply with the Mandate without its owners or managers taking affirmative steps to implement the Mandate.  Thus, in the case of family owned and operated businesses -- like Hobby Lobby, Conestoga Wood, and the businesses owned by our clients -- the owners face a stark and unfair choice: abandon their beliefs in order to stay in business, or abandon their businesses in order to stay true to their beliefs.

If this government-imposed choice doesn’t substantially burden the religious exercise of business owners who object to the Mandate, it’s difficult to imagine what would.

As we write in today’s brief:

If, as the government argues, neither a family-owned corporation nor the family members themselves can challenge a regulation like the Mandate on RFRA or Free Exercise grounds, then such individuals will have no legal recourse or remedy when forced by the government to act against their religious conscience.  They must necessarily kowtow, now and in the future, to any government edict that compels them to run their family business in violation of their religious beliefs.

No constitutional principle permits this.  Our country’s longstanding respect for freedom of religion and conscience prohibits it.  This Court cannot allow it.

The Hobby Lobby and Conestoga cases will be argued on March 25, with a decision expected by the end of June.  We are hopeful that the Court recognizes that citizens do not abandon their legal rights when they seek a livelihood through their family-owned businesses.