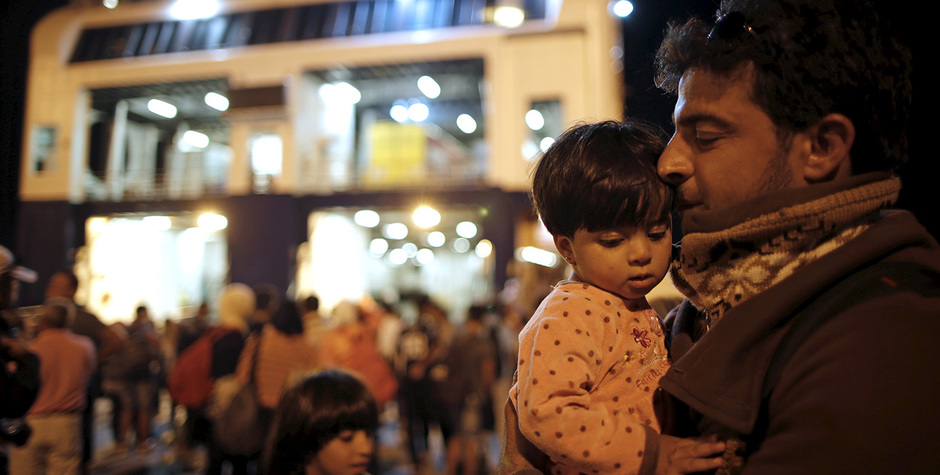 The U.S. has processed an unbelievably low number of Christians as “refugee arrivals” from Iraq and Syria – the region being decimated by ISIS genocide.

In an attempt to justify this astounding discrepancy, the Obama Administration and congressional Democratic leadership continue to maintain that the U.S. should not consider a refugee’s religion in deciding whether to grant refugee status.

Most recently, Rep. Steny Hoyer (D-Md.), House Democratic Whip and second-ranking member of the House Democratic Leadership, was confronted with the fact that “of the more than 1,000 refugees the U.S. admitted from Syria in May, only 2 were Christian and the rest were Muslims.” He was asked, “What specifically are you proposing to help Christians seeking to escape ISIL’s genocide?”

His response was dumbfounding: “Well, I don’t think the criteria ought to be on religion.” He went on to say that “we ought to apply fair criteria,” but reiterated: “Certainly not based upon religion.”

First, religion is one of the essential elements of refugee status under both U.S. and international law. Under U.S. law, a “refugee” is someone fleeing “because of persecution or a well-founded fear of persecution on account of race, religion, nationality, membership in a particular social group.”

The same is true under international law. According to the United Nations Human Rights Council (UNHRC), a refugee is someone who “has a well-founded fear of persecution for reasons of race, religion, nationality, political opinion or membership in a particular social group.” This definition comes from the 1951 Convention Relating to the Status of Refugees, as extended by the 1967 Protocol.

Thus, the notion that the U.S. should not take into account a particular refugee applicant’s religion from the refugee status determination is contrary to law.

Second, this position is absurd given what we know about ISIS – what it does and why it does it. Perhaps no one could make this point more plainly than Secretary of State John Kerry did in March 2016:  “The fact is that Daesh [ISIS] kills Christians because they are Christians.”

Daesh [ISIS] is responsible for genocide against groups in areas under its control, including Yezidis, Christians, and Shia Muslims. Daesh is genocidal by self-proclamation, by ideology, and by actions – in what it says, what it believes, and what it does. Daesh is also responsible for crimes against humanity and ethnic cleansing directed at these same groups and in some cases also against Sunni Muslims, Kurds, and other minorities.

Rep. Hoyer is wrong, and he should know better. He’s been in Congress long enough to know the law, and he voted in favor of the House Resolution declaring that ISIS genocide victims specifically include Christians and that Christians are among those targeted because of their religion.

But unfortunately, Rep. Hoyer’s view is not isolated. His words are not merely a misspeak. Recall that when asked about the discrepancy in December 2015, Assistant Secretary of State Anne Richard told the House Oversight Committee, “We’re not going to change the program, [to] somehow bring more of one particular religion than another.”

The Obama Administration and leaders in Congress must stop this nonsense. Christians are dying. This fundamentally flawed position conflicts with the law and intentionally ignores the reality – recognized by Secretary Kerry – that ISIS deliberately targets Christians.

While ignoring ISIS won’t make it go away, ignoring the Christians ISIS systematically targets for extinction, will, sadly, make them go away. That is specifically what ISIS says it will do. It’s happening right now.

We’ve told you about how we are implementing our 7-Point Plan to stop the ISIS genocide and protect the Christians, for example, by calling for the establishment of in-region safe zones for the victimized and displaced. We also called for safe zones in our policy proposal to Congress regarding the refugee crisis, which was approved by the House.

We’ve reported on our progress, and the tremendous amount of work left to be done. Stand with us we continue to demand meaningful action by our government and the international community. Sign our Petition to stop the genocide and our Petition to protect Americans and refugees from ISIS. Make your voice count today.