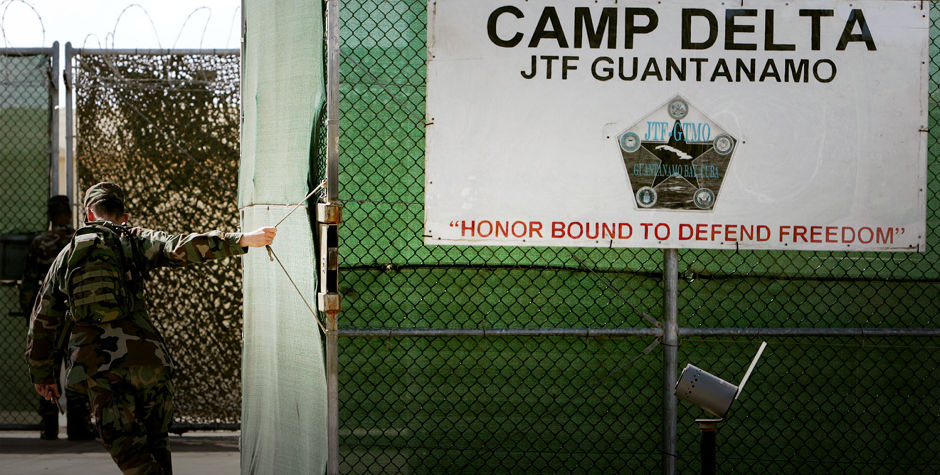 Political Ploy to Close Down GITMO

President Obama’s announcement today to fulfill his ill-advised campaign promise to close GITMO – the prison at Guantanamo Bay, Cuba – is nothing more than a partisan political ploy and places America in grave danger.

It underscores the blatant political nature of this President during his two terms in office.  We will work aggressively to ensure that Congress rejects President Obama's plan to close GITMO.

It’s tragic that President Obama is more interested in his legacy and fulfilling a flawed campaign promise than taking the appropriate actions to safeguard the homeland and eliminate radical jihadists.

We have repeatedly detailed the disastrous impact of President Obama’s political ploy to close GITMO – as he released ten more battle-hardened terrorists just last month – as jihadist after jihadist returns to the battlefield to kill again:

The security threats are escalated by the astounding recidivism rate of released GITMO terrorists.  Of the dozens of lower level terrorist detainees already released, 1 in 3 of these jihadist terrorists have ended up back on the battlefield.

For example, just last month Ibrahim al-Qosi, a former top bin Laden aid who was released three years ago after spending a decade at GITMO, was discovered to have become a senior leader of al Qaeda in the Arabian Peninsula.

Releasing these battle-hardened terrorists only to have them plot and kill again is a dereliction of President Obama’s sworn duty to protect America. ...

When 1 in 3 of those terrorists have already proven to return to the battlefield – including in senior leadership positions – how could releasing these enemy combatants and closing a detention facility in the middle of a war – and make no mistake, we are at war – be anything but pure absurdity?

We have been aggressively opposing President Obama’s plan to close GITMO for years and have heard from nearly 90,000 Americans who oppose the continued release of deadly terrorists who are committed to destroying America.

We will continue working in Congress to ensure that America is protected, that this vital detention facility continues to house jihadist enemy combatants in the War on Terror, and that the Constitution is defended.

President Obama has an ominous track record of demanding something from Congress, and then when he doesn’t get his way, taking lawless unilateral action.  That’s not how our Constitution works, and we’ll be ready to ensure any potential Executive overreach is struck down.