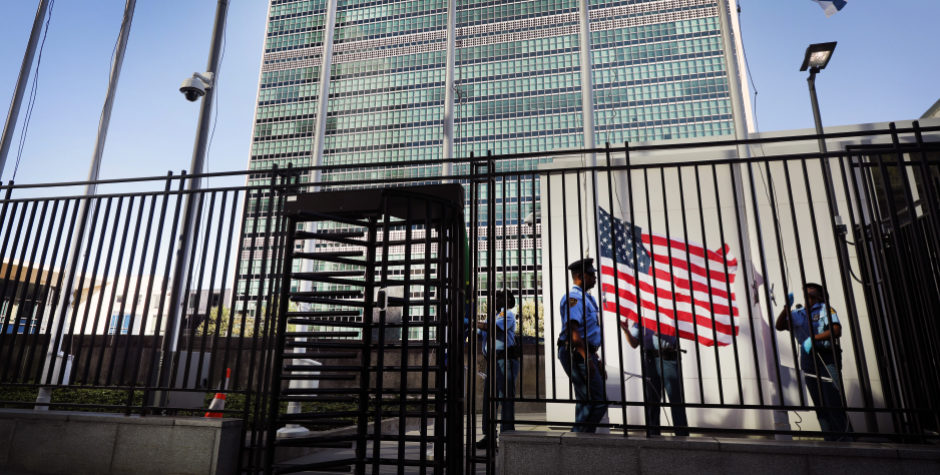 A Hezbollah operative from New Jersey has been arrested for scoping out New York City landmarks for a potential terrorist attack.

According to the allegations, while living in the United States, Saab served as an operative of Hizballah and conducted surveillance of possible target locations in order to help the foreign terrorist organization prepare for potential future attacks against the United States. Such covert activities conducted on U.S. soil are a clear threat to our national security and I applaud the agents, analysts, and prosecutors who are responsible for this investigation and prosecution.

Hezbollah is a recognized terrorist organization and terrorist puppet of the Iranian regime. As ACLJ Military Analyst Wes Smith has previously explained:

It is the largest non-state terrorist group and organized crime syndicate in the world. Hezbollah is both a terrorist organization and a military organization.  It is also a political party with members seated in the Lebanese Parliament.  Iran, the world leading state sponsor of terrorism, is its patron.  The Iranian Revolutionary Guard Corps trains Hezbollah fighters.  In exchange, Hezbollah—on behalf of Iran—trains Shi’a terrorists across the Middle East and North Africa in order to give Iran the veneer of deniability in its nefarious operations in places like Iraq and Yemen.

We at the ACLJ have long been exposing how dangerous Hezbollah is, its connections to Iran, the threat it poses to Israel, and the fact that the Obama Administration basically gave Hezbollah a free pass.

Almost two years ago we issued Freedom of Information Act (FOIA) requests to the Department of Justice (DOJ), the Department of the Treasury, and the State Department demanding answers as to why and who impeded agents from taking down a billion-dollar drug trafficking ring led by the Iranian-backed terror group Hezbollah.

What we found was that it appeared that in order to protect President Obama’s disastrous Iran Deal, officials in the Obama Administration’s Justice, Treasury, and State Departments “delayed, hindered, or rejected” efforts to prosecute terrorists and criminals.

Fortunately, the current Justice Department, as well as Congress, is investigating these Obama Administration misdeeds, but it is very galling to know our government, at the time, didn’t do much to fight against Hezbollah.

As we’ve previously detailed, Hezbollah’s main focus is the destruction of Israel but they are also “responsible for the killing of more Americans than any other terrorist group except al-Qaeda, including the 241 U.S. Marines killed in the barracks bombing in Lebanon in 1983. In the so-called Second Lebanese War, Hezbollah killed 163 Israeli citizens.”

Hezbollah and its terrorist operatives not only threaten Israel to this day, but this latest case with Alex Saab is a fresh reminder that they threaten the United States. This is why we at the ACLJ continually shine a light on Hezbollah.

We have to be vigilant.