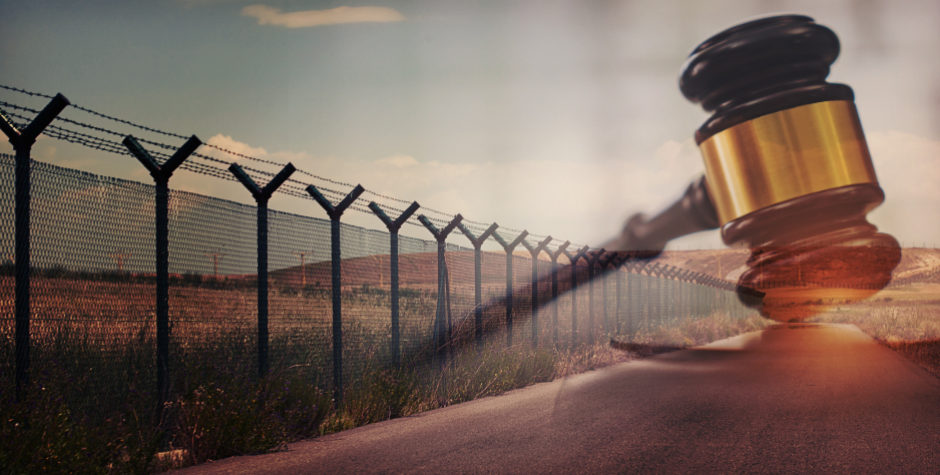 The U.S. Supreme Court has just issued an emergency stay, ruling that the Trump Administration can proceed with repurposing funding for border security while the case continues on appeal.

This ruling is a major victory for national security and agrees with the arguments we have been making in our amicus briefs in this and related cases.

As we explained in this previous blog:

The President is doing his best to address [the growing crisis at the border]. But the Speaker Nancy Pelosi-led U.S. House of Representatives, the leftist governments of certain states, and leftist organizations are doing everything they can to stop him from securing our southern border. Multiple lawsuits and appeals are underway.

In this case, an environmental group and border activists represented by the American Civil Liberties Union (ACLU) had persuaded the lower court to freeze the Trump Administration’s usage of funds to construct roads, fences, and lighting in two key sectors of the border – the El Paso and Yuma Sectors – before a full merits hearing could even occur.

The Administration appealed to the Ninth Circuit and filed an emergency motion to stay (or put on hold) that lower court’s astonishing ruling.  The appellate court will hold a hearing on the emergency motion on June 20, 2019.

We had filed an amicus curiae brief in California v. Trump, 19-cv-872 (N.D. Cal.), a different, but related, case in the same U.S. District Court whose ruling the Trump Administration has just appealed in Sierra Club. In California v. Trump, the leftist governments of 20 states sued to stop the Administration’s efforts to protect the border. The Ninth Circuit allowed that group of 20 states to file a brief in the appeal we just filed in. . . .

We had filed a legal brief in . . . U.S. House of Representatives v. Mnuchin, 19-cv-969 (D.D.C.) [as well], calling attention to the U.S. House’s lack of standing (or ability to sue). The U.S. District Court for D.C. agreed and rejected the U.S. House’s motion outright. The U.S. House has now appealed, and we are working on our brief at this very moment.

Today’s Supreme Court ruling allows the Administration to not only sign the contracts but actually start construction.

We will continue to file amicus briefs as these cases move through the courts and likely end up back at the Supreme Court on the merits. But for now, this is a victory allowing the Administration to utilize these crucial funds to help secure the border this summer.

UPDATE 7.29.2019: In a similar case, one we have also filed an amicus brief in, California v. Trump, the Supreme Court has just issued a stay in that case as well. The order states: “The application for stay presented to JUSTICE KAGAN and by her referred to the Court is granted. Among the reasons is that the Government has made a sufficient showing at this stage that the plaintiffs have no cause of action to obtain review of the Acting Secretary’s compliance with Section 8005.” This is a second major victory in just the last few days, allowing the President to secure the southern border.