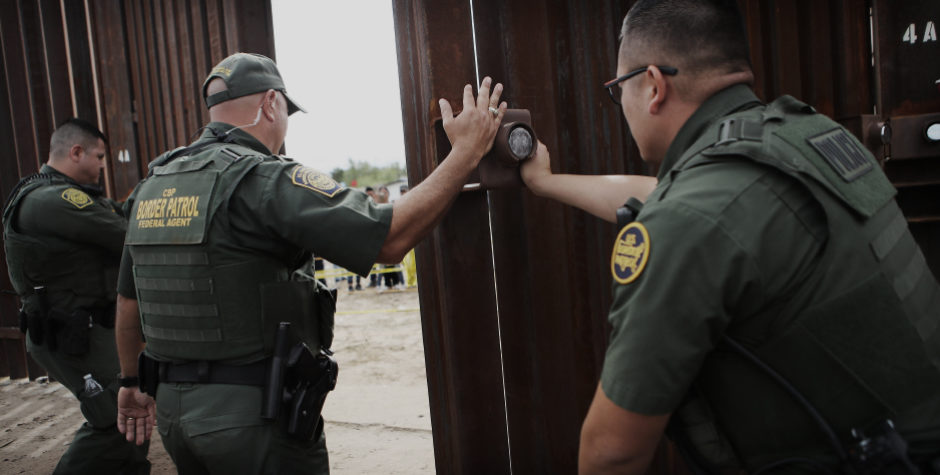 Drug and human trafficking, along with all sorts of related criminal activity, is surging at our nation’s southern border. The leftist-aligned political leaders of 19 States have filed a lawsuit to try to stop the Trump Administration from securing and protecting our border.

The ACLJ is taking action. Late last week, we filed an amicus brief defending the President’s efforts to secure our southern border and protect our homeland.

Here is what’s at stake: The State of California, along with 18 other states, filed a federal lawsuit – State of California, et al., v. Donald J. Trump, President of the United States, et al., 19-cv-872 (N.D. Cal) – asking the court to block the Trump Administration from using more than $1 billion in funds to build roads, fences, and lighting along the southern border, even though that is exactly what Congress appropriated and authorized those funds to be used for. Unsurprisingly, they filed their lawsuit in a federal court sitting within the United States Court of Appeals for the Ninth Circuit.

Interestingly, this lawsuit does not directly challenge the President’s Emergency Declaration or his authority to issue the declaration. This goes to show that we were right when, as we’ve said from the beginning, the President had the constitutional and statutory authority to issue the Declaration and secure the border. While these plaintiffs do express their dislike for the Declaration, they do not actually challenge its validity.  Instead, their lawsuit is aimed at stopping the President from using duly appropriated funds to counter international criminal and drug trafficking activity along the border – in addition to the funds he has available pursuant to his National Emergency Declaration.

And, showing just how important this lawsuit is to the Left, the U.S. House of Representatives, led by Speaker Nancy Pelosi, and a number of other Left-leaning groups, filed legal briefs in the case urging the court to stop the President from securing our border.

As we said in our brief:

In the realm of national security decisions, like those made by the President here and reflected in the challenged executive actions, judicial intervention without a full trial or merits hearing can be dangerous.  At the very least, a plaintiff seeking such an extraordinary and drastic remedy must satisfy its heavy burden by providing convincing and extensive legal analysis, which these Plaintiffs fail to do. Mere dislike for a President’s policy, or regret that Congress has long recognized the President’s powers to declare and address a national emergency, cannot be enough – especially when a plaintiff asks a Court to bar a President’s lawful actions concerning duly appropriated funds expressly taken with actual congressional assent in the interest of national security.

What the President is doing to protect the border is of vital importance. The international criminal activity, including human trafficking, drug trafficking, and other gang violence and activity, is sickening. We’ve written on these shocking truths at length (for example, here and here). It is unacceptable that these plaintiffs want to stop the President from taking action. We cannot afford to just stand by and watch. We must engage.

This is a critical case. We filed our brief because what the President is doing to secure our border is right, it is in our nation’s best interests, and his Administration is doing so in a lawful manner.

The fact that some states or Congress does not like that the law allows the President to secure our border is despicable, whether by way of his Emergency Declaration or by way of using funds appropriated for roads, fences, and lighting to assist the Department of Homeland Security. But mere dislike for a President’s policy or actions is not the legal standard. When Congress is unwilling to or unable to change the law, it is not a court’s job to interfere and do what unhappy members of Congress were unable to. As we told the court in our brief:

In sum, Congress has expressly authorized the transfer and use of appropriated funds to do precisely what Defendants are transferring the $1 billion to do. This is no unconstitutional usurpation. To the contrary, Defendants’ transfer is both expressly authorized and lawful. The only unconstitutional usurpation would be for a court, out of dislike for particular policy, to invade the province of the political branches, take sides, and change the rules in the middle of the game by pretending that some unhappy members of Congress could somehow undo actual congressional actions. Courts should be especially reluctant to interfere where, as here, the challenged actions are taken against the backdrop of what the President of the United States has declared to be a national emergency.

The plaintiffs’ motion for a preliminary injunction (a request for an order stopping the President’s efforts even before a full merits hearing can occur) is set for hearing on May 17, 2019.

We will keep you advised on the progress of this case.

Our national security is an American President’s primary responsibility. We will continue to stand with our President and his Administration in their efforts to protect our border and fight back against crime and trafficking. But we need you to stand with us. You can still join us in this fight.

Make your voice heard. Sign our petition to Secure the Border today.