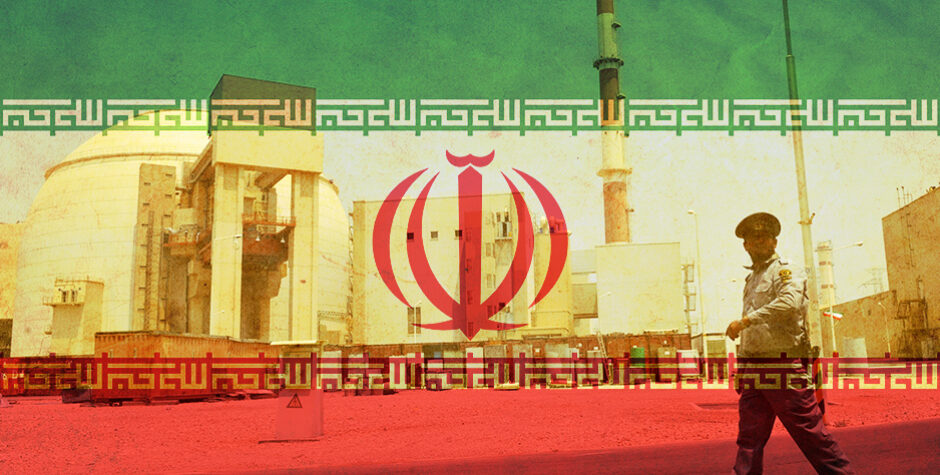 You can feel it.  The Biden Administration is preparing to underwrite the Iranian regime and appease its mayhem and murder on the same theory that it did in 2015: “Pay Them and Enter the JCPOA or There Will Be War.”  This asserted logic provided a seemingly powerful message for Americans who didn’t want their sons and daughters fighting in the Middle East.  It was repeated over and over and over by John Kerry, Wendy Sherman, and Robert Malley until many came to wrongly believe this binary set of American policy options represented the only two ways to prevent Iran from achieving a nuclear weapon.

And today, despite the Biden team’s initial public statements that Iran will not receive economic relief until Iran comes back into compliance with the JCPOA (Joint Comprehensive Plan of Action) – an agreement which the ACLJ has long opposed that provided a pathway to a nuclear weapon – the same cast of characters looks for all the world to be preparing to capitulate and permit the funding of Iranian terror, assassination, missile building, and massive antisemitism.  If it does, the Ayatollah Khamenei will, one day, hold the world hostage to its nuclear ambitions.

But this is not 2015.  We no longer need to treat “Pay Them and Enter the JCPOA or War” as even a theory.  These past four years have laid bare that it was a false set of choices.  We now know it was merely a pretense for commencing a wide-open discussion with a regime that since 1979 has sworn to destroy both Israel and America.

“JCPOA or War” was based on four false fundamental assertions:

First, if there is no JCPOA, there will be war.  We left the JCPOA.  There is no war.

Second, solely American sanctions can’t stop Iran from selling crude oil or impact the Iranian regime.  But, we sanctioned alone – indeed over the strenuous efforts of the E3 to circumvent them – and denied the regime hundreds of billions of dollars of blood money.

Third, as part of the JCPOA, Iran would come clean about its nuclear program’s history. But as of today, the Iranians have reportedly refused to allow inspections at sites now known to have undeclared nuclear material that was not disclosed as required under the deal.  What else are they concealing about their nuclear program?

Fourth, the JCPOA will be a bridge to a broader deal.  But, the final year of the Obama-Biden Administration and the first year of the Trump Administration tested this leg of hypothesis.  The Iranians, in that time, made clear there was never to be nor would there ever be a discussion regarding missiles or terror if the deal is in place.

Withdrawal from the JCPOA did not lead to war, indeed, just the opposite.  It laid the foundation for historic peace agreements and a massively isolated and weakened Iranian state.  Yet, the Biden Administration yearns for the familiar.  Kerry, Sherman, and Malley all based their reputations on the JCPOA.  Add to that the Biden team’s insatiable desire to reverse “all things Trump” provides yet another independent motivation to go back to the JCPOA.  Finally, mix in the false belief that Iranian “moderates,” like Secretary Kerry’s meeting partner Foreign Minister Zarif, are actually not on the side of the terrorists, and it is clear that granting billions of dollars of relief to Iran is on the Biden Administration’s list of things likely to be done to “avoid war with Iran.”

Keep in mind, the concessions to Iran may not be pallets of cash this time.  That relief could come in the additional lifting of sanctions.  Iran’s terror arm in Yemen has already been declared not to be terrorists, and the Trump Administration’s successful effort to extend the JCPOA ban on Iranian arms sales and purchase, that was set at just five years, has been jettisoned.  Or they might allow billions of dollars to flow to the Iranian regime from assets frozen and prohibited from transiting to Iran by the Trump Administration – the Republic of Korea alone has several billion dollars it is anxious to hand over to Iran.  It could simply be the absence of enforcement of existing sanctions with a wink and a nod.  In whatever form, the lesson from 2015 and beyond is that Iran understands only strength and not appeasement.

Absent the powerful sanctions we put in place and a credible threat of military force, the Supreme Leader will never negotiate away his option to build nuclear weapons for all time, let alone abandon his dream of regional domination.  Why should he, if French, German, and American firms are growing their businesses by partnering with the theocrats?  Why would the Islamic Revolutionary Guard Corps (IRGC) reduce its funding of Hezbollah and Shia militias in Iraq if British businessmen are working alongside Tehran’s elites?  If the Chinese and Russians can freely sell weapons to Iran, why would its leaders deal with Team Biden?

I hope that the Biden Administration will continue to weaken the regime until the Iranian people see changed behavior from their leaders.  Secretary of State Blinken’s acknowledgement that the JCPOA should have been longer, stronger, and broader is, of course, correct.  But even a better agreement risks nuclear proliferation undermining the peace that is emerging in the region. Capitulation will not change Iranian behavior.  Doing so would be a mistake for the security of the American people, our Israeli and Gulf State friends, and, just as assuredly, for the good people of Iran who are looking for the world to act so as to diminish the power of the Iranian regime to steal from them, shoot them, and deny them their most basic freedoms.

The ACLJ will continue its effective strategy of advocacy , Freedom of Information Act (FOIA) requests , and when necessary, litigation to expose and end any attempts to reenter the disastrous Iran deal.