President Trump Addresses the UN, Calling for Global Action Against Iran and Compassionate Solution for Refugees

President Trump just addressed the United Nations General Assembly, and had strong words for the supporters of terror around the world, as well as a call to compassionately aid the displaced victims of ISIS.

We’ve told you about the horrific genocide ISIS waged against Christians in the Middle East and how it has destroyed countless lives and left many victims homeless and lost. The President praised the U.S. military for their brave action to defeat the terrorists. (You can watch the entire speech here.)

Thanks to the United States military, and our partnership with many of your nations, I am pleased to report that the bloodthirsty killers known as ISIS have been driven out from the territory they once held in Iraq and Syria.

The President reaffirmed his commitment to financially crippling supporters of terrorism, specifically Iran – the world’s number one state sponsor of terror – calling on the rest of the world to isolate Iran “as long as its aggression continues and we ask all nations to support Iran’s people as they struggle to reclaim their religious and righteous destiny.”

President Trump repeated his position that the most compassionate and the most efficient, sensible way to assist displaced refugees is for neighboring countries to provide safe-zones in or near their homelands to allow them to rebuild the lives they once knew.

I commend the people of Jordan and other neighboring countries for hosting refugees from this very brutal civil war.

As we see in Jordan, the most compassionate policy is to place refugees as close to their homes as possible, to ease their eventual return to be part of the rebuilding process. This approach also stretches finite resources to help far more people, increasing the impact of every dollar spent.

The President’s statements echo the arguments the ACLJ has been making for years that the most compassionate way to care for the millions of displaced victims of ISIS genocide is through the establishment of in-region safe zones.

Forcing scores of frightened, confused refugees to resettling in foreign countries far from their homelands won’t help anyone. As we have explained before:

In-region safe zones is actually the most compassionate way to care for the most people, the quickest, when dealing with a refugee crisis such as is seen in the Middle East today.

There is no way to import millions upon millions of Christians and other religious minorities fleeing ISIS genocide. Our refugee program could not even come close to helping the number of people who need assistance.

However, America’s leadership, funding, and protection could allow for the establishment of safe zones for Christians and other religious minority victims of genocide right there in their own homeland. The refugees themselves do not want to be uprooted from their way of life and thrust into a different culture. It is more humane, more compassionate, and more workable to take care of them, protect them, and shelter them right there in their own homeland, allowing them to quickly and easily return to their own homes and way of life as soon as the crisis has been ended and ISIS has been soundly defeated. In fact, it could help far more people far more quickly . . .

And as we pointed out years ago in our Five Key Policies to deal with ISIS, and the Syria refugee crisis, it just creates dangerous opportunities for proverbial wolves in sheep’s-clothing to easily slip in to peaceful nations by infiltrating refugee groups:

Fourth, . . . the ACLJ supports a moratorium on the admittance of all refugees from Syria to the United States until the American people can be assured that the federal government has implemented an extensive and reliable vetting process to establish the identity and associations of those persons who are admitted to our country so that no radical Islamic jihadists may enter camouflaged as “refugees.”

Aside from the obvious risks associated with blindly accepting, or being forced to accept masses of foreign refugees, what the President suggested and we have long stated is the most compassionate solution. It enables refugees who’ve endured enough hardship, abuse, and heartbreak to stay within familiar regions and retain their culture and history for future generations.

As stated by President Trump:

“We believe that when nations respect the rights of their neighbors and defend the interests of their people, they can better work together to secure the blessings of safety, prosperity, and peace. Each of us here today is the emissary of a distinct culture, a rich history, and a people bound together by ties of memory, tradition, and the values that make our homelands like nowhere else on Earth.”

We will continue to work with friends and allies to deny radical Islamic terrorists funding, territory or support or means of infiltrating our borders.”

The President’s statements echo key policy proposals that we have put forward over the last few years. In fact, we just presented a critical oral intervention at the U.N. Human Rights Council urging aid for Christians whose lives have been destroyed by ISIS. We applaud the President’s statement. In-region safe zones for refugees is something we have advocated for and support as the right solution to aid the victims of ISIS while protecting America’s security.

The U.N. must take direct action to acknowledge these atrocities as what they are – genocide – and provide necessary, effective aid to help the victims resettle and rebuild. 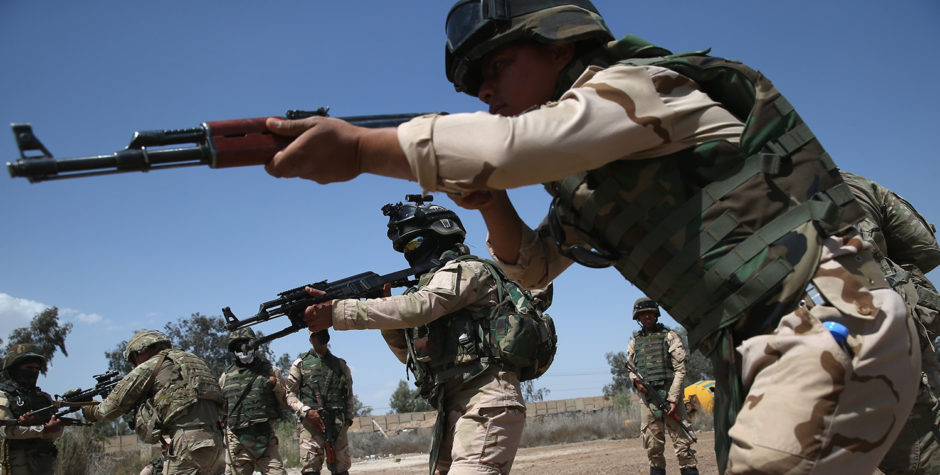 It has been said there is a new sheriff in town in the person of President Donald Trump. Significantly, there is also a new general on the global battlefield to defeat ISIS and the broader threat of radical Islamic terror. That man is Secretary of Defense James Mattis. The retired four-star...