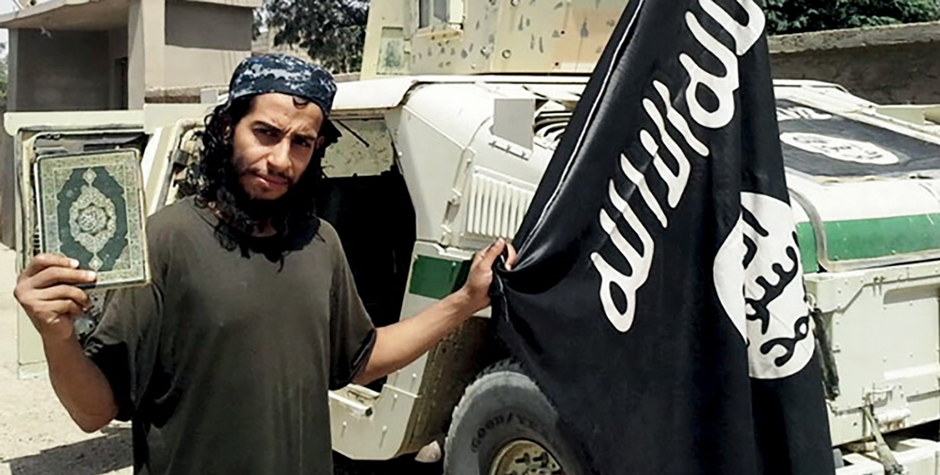 ISIS Challenges the Pope and the President

ISIS Challenges Pope and the President

Recently, I spent part of an afternoon reading the latest edition of Dabiq, the full-color, glossy magazine published regularly by ISIS (the Islamic State).  Named for a place in Syria that is supposedly going to be the location of the final apocalyptic battle after which the Islamic Caliphate will rule the world, the periodical’s format attempts to imitate other high-end faith-based magazines. It is complete with news stories, photographs, scholarly articles about theology, personal testimonies of converts, and devotional material intended to inspire the faithful, with the so-called “faithful” in this case being radical jihadists bent on murdering millions and destroying the world as we know it. The writers boast of a coming Islamic Golden Age in which all other religions no longer exist and all people live under the rule of Sharia Law.

In this edition (Number 15), titled Break the Cross, the publication challenges statements by Pope Francis, President Obama and others who claim that the ongoing conflict with ISIS is not about religion and that we are not at war with Islam.  It actually features an article devoted to the Pope called “In the Words of Our Enemies” and another titled “Why We Hate You and Why We Fight You.”

Offended by Western leaders’ claims that this war is NOT about religion, the issue states “...politicians will say it regardless of how much it stands in opposition to facts and common sense just to garner as many votes as they can for the next election cycle.”  It takes to task political leaders who refuse to label the threats we face as “radical Islamic terror” and, yes, they proudly acknowledge that their holy war is indeed about hate and terror (they use those terms) all based, of course, on their interpretation of the Quran.

They come to the defense of those who identify ISIS with Islam: “There are exceptions among the disbelievers, no doubt, people who will unabashedly declare that jihad and the laws of the Shari’ah—as well as everything else deemed taboo by the Islam-is-a-peaceful-religion crowd—are in fact completely Islamic . . . [but] their voices are dismissed and a large segment of the ignorant masses continue believing the false narrative.”

The magazine was distributed just days after a French priest was murdered and responded to the Pope’s statement that the war on terror is not a religious war: “I am not speaking of a war of religions.  Religions don’t want war.” ISIS replied in its magazine, “This is a divinely-warranted war between the Muslim nation and the nations of disbelief.  Indeed, waging jihad—spreading the rule of Allah by the sword—is an obligation found in the Quran, the word of our Lord, just as it was an obligation sent in the Torah, the Psalms and the Gospel.”  The magazine went on to mock the Pope’s statement in “The Joy of the Gospel” that “our respect for true followers of Islam and the proper reading of the Quran are opposed to every form of violence” by accusing the Pope of “altering the (Muslim) religion to fit some devilish ‘interfaith’ fantasy, far removed from the truth.”

In his soon-to-be-released new book, Unholy Alliance: The Agenda Iran, Russia, and Jihadists Share for Conquering the World, ACLJ Chief Counsel Jay Sekulow discusses the various interpretations of Islam and the battles happening between sects and interpretations within the Muslim world. This latest propaganda from ISIS is further evidence of what this new book argues: “The debates and battles (both philosophical and physical) within the Muslim world are matters of life and death, not only for the Muslim communities themselves vying for power and influence, but also for the Americans facing terrorism as a result of these battles.”

Finally, the editors of Dabiq express admiration for those Americans who fear Islam as (in Dabiq’s estimation) that is warranted, and they demand Westerners to convert to Islam to avoid the violence. They write approvingly of the words of William Kilpatrick, author and former Boston University professor:

The reason for being more direct about the threat of Islam as a whole—which he claims is the religion of 1.6 billion people—is summarized in Kilpatrick’s words, “And the reason we should criticize this rapidly growing and aggressively proselytizing faith is that, if we don’t, it may soon be the faith of 7.6 billion people—that is to say—the entire population of the planet.”

In order to defeat an enemy, it is imperative that we name the enemy, know the enemy and understand the motives of the enemy.  If someone states, “This is why we will kill you,” it doesn’t matter what we would like their reasons to be; their motive for waging war defines what the war is about.

We urge you to sign the petition to “Defeat ISIS and Islamic Jihadists” as we continue to take a stand against this evil and stand up for the freedoms upon which our nation was founded.