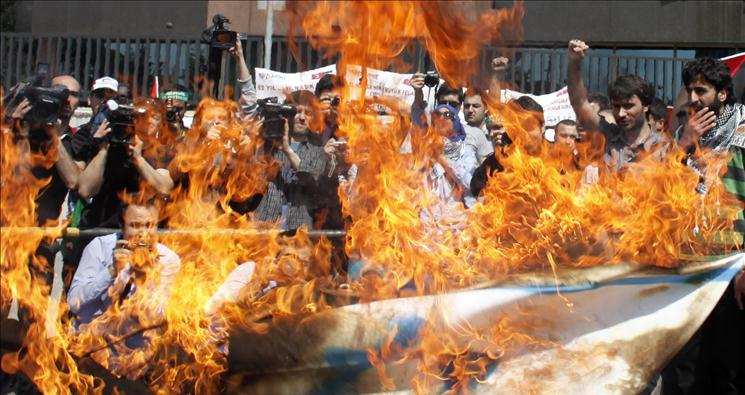 We knew it would be an uphill battle at the United Nations. The UN today voted to give the terrorist-led Palestinian Authority (PA) "non-member observer state" status.

As we have explained, such a move is deeply flawed and violates international law. By upgrading the status of this terrorist-led organization, the UN is setting the stage for more instability in the Middle East.

We have also told you about our detailed legal analysis of this vote - a move that is intended to divide Jerusalem and put Israel at greater risk.

I want to thank all of those who stood with us and stood with Israel on this issue - including the 130,000 Americans who signed our petition online.

While today's vote is a disappointment, it is not unexpected. We know that the PA has been working for years to implement a strategy to gain worldwide recognition and to generate as much opposition as possible to the state of Israel and the Jewish people.

We are already preparing for the next fight. Don't think for a moment that the PA is satisfied with this new "non-member observer state" status. They will use this vote to march forward - to push for complete UN member state status - giving this terrorist-led group broader reach and influence.

What's even more troubling is the fact that this UN vote opens the door for more false war crimes trials against Israeli citizens.

Two years ago, I stood before the Prosecutor of the International Criminal Court (ICC) in defense of Israel and two soldiers who that were falsely accused of war crimes. We successfully got the ICC to dismiss those false charges, in part because Palestine was not a state as recognized by the UN. We must make sure Palestine never achieves full member state status at the UN.

I've asked our legal teams in Jerusalem, New York and Washington to re-double our efforts on this vital issue. We will continue to defend Israel and to support Israel. Today's UN vote only underscores the need to keep up this fight - to continue to oppose a Palestinian state - to prevent a divided Jerusalem.

Israel Prime Minister Benjamin Netanyahu said the vote does "not change anything on the ground. It will not further the establishment of a Palestinian state, but will make it more distant."

The one-sided resolution approved by the UN, Netanyahu said, doesn't advance peace - it pushes it backward. "No force in the world will get me to compromise on Israel's security," said Netanyahu.

In the words of the Prime Minister: "No decision by the UN can break the four thousand year old bond between the people of Israel and the land of Israel."