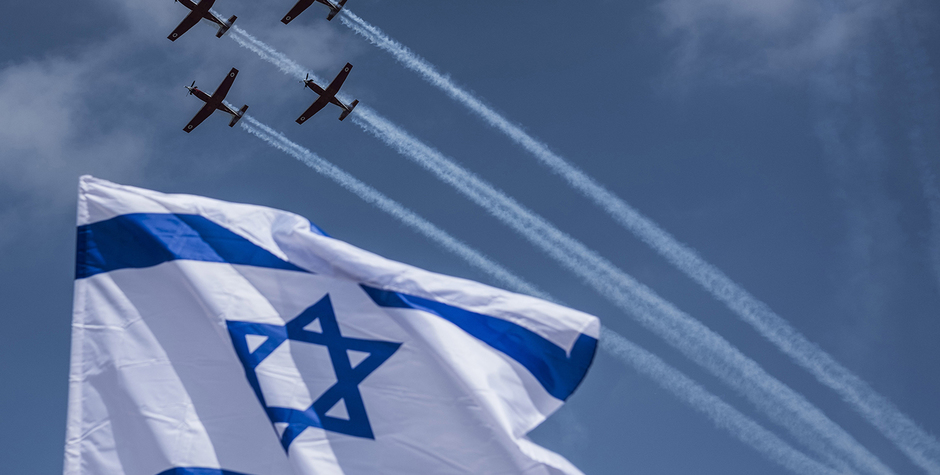 Shame on UNESCO: The Latest Attack on Israel’s Right to Exist

The Latest Attack on Israel’s Right to Exist

On Tuesday, while the State of Israel celebrated 69 years of independence, the United Nations Educational, Scientific and Cultural Organization (UNESCO) took the time to vote on yet another resolution condemning the Jewish State for existing within its own historical borders.

In theory, UNESCO’s purpose “is to contribute to peace and security by promoting collaboration among the nations through education, science and culture in order to further universal respect for justice, for the rule of law, and for the human rights and fundamental freedoms which are affirmed for the peoples of the world, without distinction of race, sex, language or religion, by the Charter of the United Nations.” Instead, UNESCO has decided to join the effort to delegitimize and isolate Israel, the only State in the entire Middle East that promotes collaboration through education, science and culture; that respects justice; and that pursues the rule of law for the benefit of all."

The same simply cannot be said about the six sponsors of this resolution. Algeria and Morocco routinely imprison human rights activists, while Egypt ranks last in the region for rule of law. Lebanese security forces regularly torture detainees, Sudan destroys churches and imprisons pastors, and Qatar is so bad and abusive it is not even listed in the World Justice Project's Rule of Law Index.

So much for the moral high ground then, and let's call this what it is: the age-old double standard of anti-Semitism at the U.N.

Of course, this is not the first time that UNESCO has tried to make headlines by jumping on the hate-Israel bandwagon; just last year, the group adopted a resolution ignoring Jewish ties to the Temple Mount itself.

But for a work of creative fiction, there is surprisingly little original material here.

Predictably, the drafters trot out the same re-written history, in which they ignore the fact that the Jewish people have had a continuous presence in Israel generally, and in Jerusalem in particular, for thousands of years.

Once more they allege that Israel is an ‘occupying force’ despite the fact that:

And finally, the resolution once again takes the well-worn anti-Semitic posture of deploring Israeli defensive actions without once, not even once, mentioning the continued and legitimate security risks Israel faces from rockets and terrorist attacks.

Truthfully, it is barely news that this barely relevant body has said anything.  What is interesting, however, is that it looks like other countries are starting to feel uncomfortable with UNESCO’s gross misstatements and falsehoods, or at the very least are getting tired of reading the same regurgitated junk. As Prime Minister Netanyahu pointed out at an Independence Day reception, despite the anti-Israel majority in the 58-member body of UNESCO “the number of countries supporting this absurd vote in UNESCO is getting smaller. A year ago, 32, half a year ago it went down to 26, and now it has gone down to 22.”

UNESCO’s biased Resolution does not to contribute to peace and security – in fact, it ignores all of Israel’s legitimate security concerns. It does not further respect for the rule of law; if anything it indicates that the group is incapable of grasping what the rule of law means.

But it is not just international law that UNESCO chooses to ignore. Here is an example of how the application of law to circumstance actually works in practice, with reference to UNESCO’s own Constitution. From a technical perspective UNESCO’s recent Resolution on Jerusalem exceeds its authority and, hence, is ultra vires, or outside of its legitimate power, and void ab initio, or legally invalid from the outset.

You see, trying to rewrite history by anti-Semitic vote is as embarrassing as it is unscientific, and the drafters of UNESCO’s Constitution put these legal instruments in place to try and make sure that their institution never became a laughingstock.

Unfortunately, UNESCO has stopped caring about those rules. Fortunately though, fewer and fewer people the world over seem to care about UNESCO.