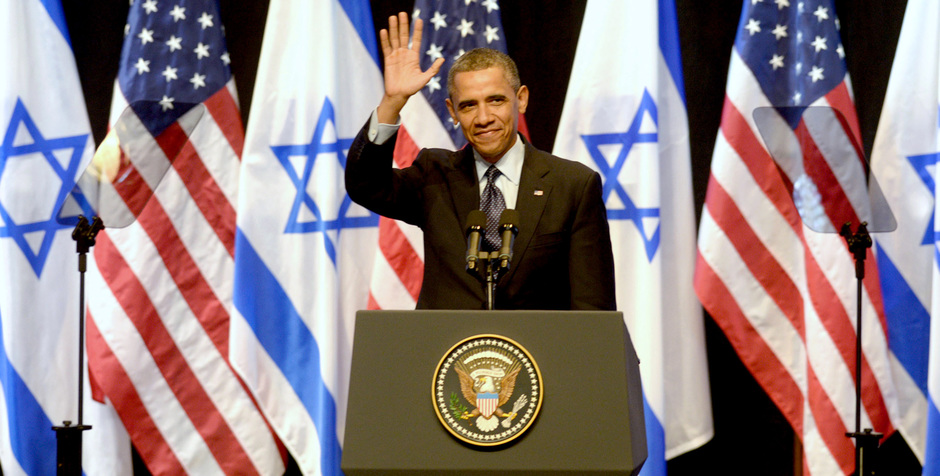 For the last two years or more, there has been concern in Jerusalem and among Israel’s friends on Capitol Hill about what parting blow a lame duck President Obama might try to land on Israel – what “December Surprise”, as it’s become widely known.

President Obama appears poised to enact his final betrayal of Israel in his last days in office.  We stand ready, willing, and able to defeat any such attempt to undermine our ally Israel.

A steady drumbeat of editorials from left-wing papers like the New York Times recently appeared pushing for the creation of a “Palestinian State” and the so-called “Two-State Solution.” The timing doesn’t appear to be coincidental.

With speculation rampant as to what Obama might yet do, here are some possibilities we are preparing to defeat:

Outlawing Jewish life in the legally and historically Jewish heartland, rejecting direct negotiations (to which Israel continues to be open, but the Arabs do not), imposing “parameters” to negotiations, predetermining physical borders, or recognizing a “Palestinian State” are all hostile actions by a lame-duck President who seems to have gone out of his way to show his disdain for the Jewish state.

The ACLJ’s Washington and Jerusalem offices are consulting with Congressional offices about responses to any such aggressions by President Obama against Israel. And the ACLJ is directly engaged in fighting against any attempts to limit Americans’ ability to support Jewish Judea and Samaria.

There is another possibility, one which is less openly discussed and in which the United States’ role is less clear. The Palestinian Authority has been maneuvering to gain the status to take the State of Israel to the International Criminal Court (ICC). Neither Israel nor the U.S. are signatories to the Rome Statute which created the ICC, and entities must have the status of states in order to have standing at the ICC.

Despite the fact that there is in fact no actual State of Palestine and there never has been, the U.N. and the ICC have nonetheless disregarded reality and treat the Palestinians as if they are an actual state. That's why international organizations can be dangerous. They could care less about the law and, yet, they contend that they can even-handedly apply the law. Based on their  total inability to recognize that there is no State of Palestine, such claims are dubious, at best, and destructive to the concept of the rule of law, at worst. And though Israel does not recognize ICC’s authority, there are more than 120 countries that do in some capacity. Their commerce and other interactions with Israel may be directly impacted in ways calculated to harm Israel.

Through our international affiliate with consultative status at the U.N., the European Centre for Law and Justice (ECLJ), the ACLJ previously stood with Israel against a false and malicious war crimes prosecutions attempt at the ICC. We are now analyzing options in the event of such a move by the ICC and the Palestinian Authority and we will be front and center in defending Israel.

Despite the blessed absence of invasions and falling missiles, Israel is under attack every day. Whether it is combating the economic terror of the Boycott, Divestment, and Sanction (BDS) movement, fighting lawfare in the courts, working with lawmakers on policy and legislation or getting the truth out to millions via the media, the ACLJ is on the front lines fighting for Israel every day.

We are preparing numerous legal letters to the U.N., key allies, and Congress to ensure that President Obama does not take an action to abandon Israel, slash its borders, leave it defenseless, or force our greatest ally in the Middle East to make dangerous concessions to terrorists before negotiations even begin.  We are also urging that America and other nations support a united, not a divided, Jerusalem.  Join us by signing our urgent petition to defend Israel.