The Biden Administration is doubling down on efforts to provide aid to the Palestinian Authority (PA) after a ceasefire from the conflict that began because Hamas – whose members receive funding from the PA – launched rockets at Israel for 11 days straight. Secretary of State Antony Blinken announced that the United States is working to provide a total of more than $360 million in assistance to the Palestinian people.

Where do you think this money is going?

Of course, the story is that this money includes $38 million to support humanitarian efforts in the West Bank and Gaza Strip. It also includes $33 million for the U.N. Relief and Works Agency for Palestine Refugees and an additional $5.5 million to humanitarian partners. That doesn’t add up to $360 million.

Secretary Blinken also just announced that the U.S. is going to reopen the Consulate General in Jerusalem that was shut down by the Trump Administration for being widely known as pro-Palestine and against the State of Israel. Essentially, the Biden Administration has not just rewarded terror with cash, but also a new consulate in Jerusalem that is only a couple of miles from the actual embassy.

The second, is anyone who is familiar with the way that consulate operates, . . . Jewish Americans who came there for help, you know, traveled to Tel Aviv or somewhere else, because the consulate in Jerusalem was a hot bed of anti-Jewish activity, anti-Israeli activity . . . . So, the illegal situation and the rewarding of terror . . . One of the reasons that I want to bring this element in is that it’s an open season on Jews everywhere. We are simply--this country is now rewarding terror.

ACLJ Senior Advisor for National Security and former Acting Director of National Intelligence Ric Grenell gave insight into why the Biden Administration would reopen this consulate:

Look, you’re not supposed to have a consulate in the city where there is an embassy. And so, the question needs to be asked of the Biden Administration – When you open up a consulate in Jerusalem, are you saying that the embassy is not based in Jerusalem? You can’t have it both ways. So once again, we are here asking the media to hold the same standard, do your job and ask these tough questions like: Why is there a consulate and an embassy in Jerusalem?

President Trump and David Friedman (he was ambassador to Israel) cleaned up the consulate of all of the anti-Israel foreign service officers. And let’s be clear. Everyone at the State Department knew if you worked at the consulate at Jerusalem, you had to be totally pro-Palestinian, a pro-Arabist, who didn’t like Israel. That is just the facts. Everyone knows this. And now that President Trump and David Friedman cleaned that up, the Biden team is trying to reopen it and they are going to start stacking it to have a new team trying to pressure Israel. Again, they are politicizing the State Department by having a consulate and an embassy in the same city. They need to be asked the question: If you’re putting a consulate in Jerusalem, are you suggesting that the embassy is not in the capital in Jerusalem?

We know this money provided by the United States will go directly into the hands of terrorists. Since President Biden took office, we’ve seen peace turn to unrest in the Middle East, Jews targeted in America, and Members of our own Congress openly supporting Hamas. As we’ve told you, this goes to show that policies have consequences. This idea that you should be doing business with the PA which is controlled by Hamas is unfathomable. The United States should not reward them, but now the Biden Administration is violating the Taylor Force Act that prevents funding to the PA unless the Secretary of State can certify they are not using these funds to reward and incentivize killing Israeli and or American citizens. We filed a lawsuit against the Biden Administration for violating the Taylor Force Act and resuming funding to the PA which directly rewards these terrorist groups.

Today’s full Sekulow broadcast is complete with even more analysis of the Biden Administration’s decision to fund the Palestinian Authority. 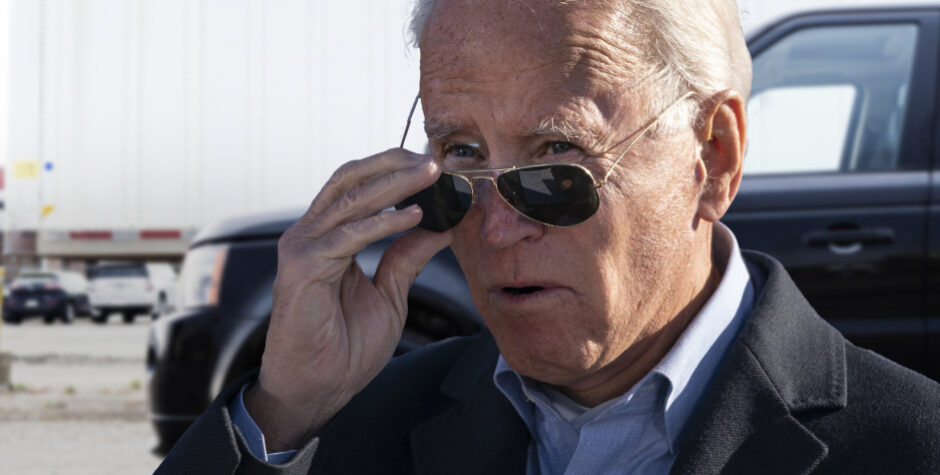 Biden Jokes About Running Over a Reporter Who Asked About Israel

It’s clear the “quiet diplomacy” strategy that the Biden Administration is using to handle the attacks between Hamas and Israel is not working. In fact it seems like it’s starting to make President Biden panic. While the Middle East is crumbling, the President was in Michigan to test drive a new...