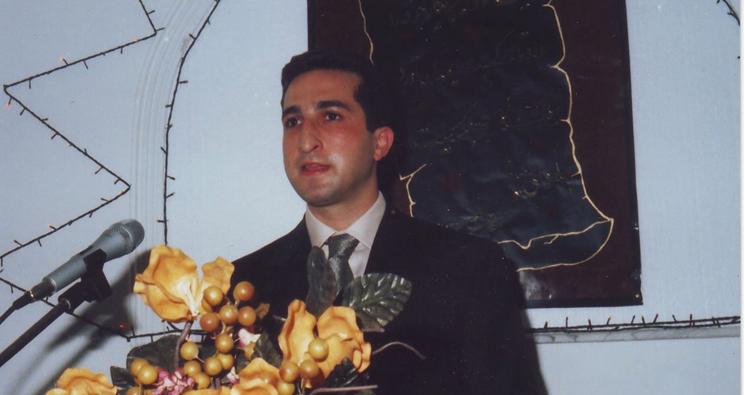 New Contradictions and Lies from Iran

Today, there are new disturbing and conflicting falsehoods being spread by Iranian state-funded Press TV. The latest report from this Iranian controlled media states that the Judiciary Chief Mohammad-Javad Heshmati of the Gilan Province, where Christian Pastor Youcef Nadarkhani’s apostasy conviction originated, stated today that “Youssef Nadar-Khani has been charged with a crime and is in a prison based on an arrest warrant issued against him. . . . There has been no execution order. No conviction at all has been issued yet and it is up to the court to finally decide the verdict after studying his case.”

The article goes on to contradict itself, calling Pastor Youcef “a convicted rapist and extortionist,” and quoting the Deputy Governor of the Gilan Province, Ali Rezvani, as saying that “This individual is guilty and his crime is not attempting to convert others to Christianity, rather his crimes are of a security nature.”

On the one hand, this article reports that “there is no execution order” and that “his verdict has not been finalized,” and then in the same article calls him “a convicted rapist” who is “guilty of his crime.”

These are more lies being spread by the Iranian government in an attempt to silence the international outcry calling for Pastor Youcef’s release, as more and more American leaders and international diplomats put pressure on Iran.

Iran continues to spread these lies believing that no one has a copy of the original Supreme Court verdict, which we do. While, as the article notes, the charges and verdict have not been “released to the public,” the ACLJ has a copy of the actual verdict from the Iranian Supreme Court (in original Farsi and translated into English, Portuguese and Russian.), which states that Pastor Youcef is guilty of “turning his back on Islam” and sentences him to “execution by hanging.” This verdict does not mention any other charges other than apostasy.

What is most dangerous is that the state-run press calls him a “convicted rapist.” According to a 2010 State Department report, “rape is a capital offense,” and thus he could still be executed at any time.

The United Nations High Commissioner for Refugees reports that the Iranian “government executed approximately 312 persons in summary executions during” 2010, with a “sharp rise in executions” this year. The most disturbing part of this is that false rape charges are often used to execute political and religious dissidents. What is clear from these developments is that Pastor Youcef remains in grave danger of execution more now than ever.

Iran is increasing its rhetoric, continuing to spread lies, and it has been caught in the act. These actions make it clear that Iran is listening, so let's keep speaking. Now, it is time for Secretary of State Clinton, the United Nations (U.N.), and the Organization of Islamic Cooperation (OIC) to call Iran to task for this human rights abuse and demand Pastor Youcef’s immediate and unconditional release. Please sign our petition to Secretary Clinton and the U.N. to pressure Iran for his release, here.

Present Truth Ministries, a missions-based organization the ACLJ has worked with throughout Pastor Youcef's trial, reports that government officials from Tehran conducted an interview with Pastor Youcef today, inquiring about the conduct of the judges in his trial and the charges filed against him. It is unclear of the purpose for this meeting. We are concerned that Iran could be attempting to put together a case against him, manipulating his own words, in order to prove false new allegations against him.

Iran’s courts have now closed for the day and will not be in session on Thursday and Friday as it is their weekend.  We expect and hope that the verdict will be delivered on Monday. Yet, because of the increasingly high profile nature of this case, much could change over the next five days in Iran. Our contacts in Iran believe a delay in the verdict, one which was expected to come as early as today, could indicate that the judges are consulting with top Iranian leaders like the Supreme Leader Ayatollah Khamenei or President Ahmadinejad.

We will let you know as soon as the court releases the written order from last Wednesday’s hearing, where the court upheld Pastor Youcef’s death sentence for refusing to recant his faith.

We continue to stay in constant contact with Pastor Youcef’s attorney in Iran and will bring you the latest as we are able.