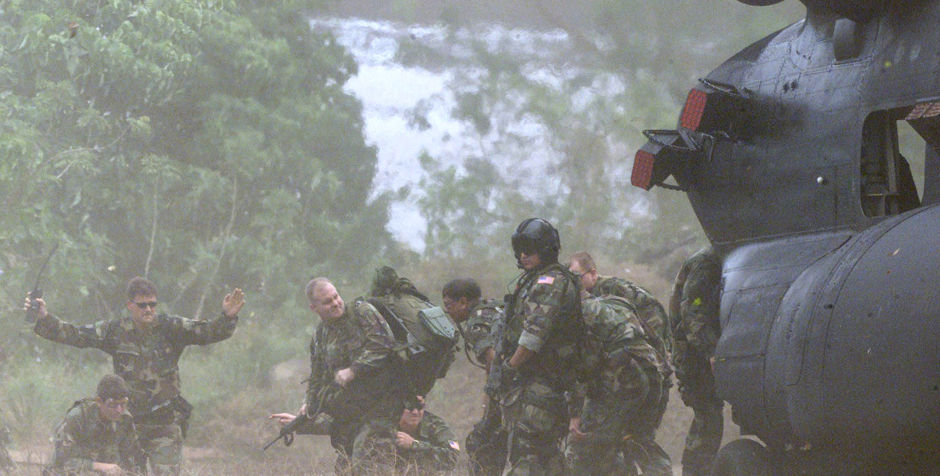 Sergeant First Class (SFC) Charles Martland could be ejected from the U.S. military at any time.

He is a true war hero.  He has earned the Bronze Star Medal.  This Green Beret has bravely served in Afghanistan – a model soldier in the War on Terror.  So why is he being kicked out of the Army?

SFC Martland defended a young Afghan boy against an admitted child rapist.  That’s right, he’s being expelled from the military because he defended a child.

The mother of a young Afghan boy came to SFC Martland pleading for help.  Her son had been raped by an Afghan commander who was serving on a U.S. military base in Afghanistan.  When SFC Martland and his commanding officer confronted the Afghan commander, he laughed in their face.  He’s just a boy, he said.  What’s the big deal?

The horrific reality is there is rampant sexual abuse of children throughout Afghanistan.  Muslim men disturbingly believe they are saving themselves for marriage by refusing sexual relations with women and instead turning young boys into essentially sex slaves.  The details are horrifically disturbing.

It’s an abominable cultural practice.  It violates the Uniform Code of Military Justice (UCMJ), it violates U.S. law, it violates international law, and it even violates Afghanistan’s criminal code.  Yet it still occurs.  Even worse, there are reports that the U.S. military has a policy of turning a blind eye to this horrific sexual exploitation of children.

This is the situation that faced SFC Martland.  He said, “We felt a moral obligation to act.”  And act he did.  He and his commanding officer – when confronted with these facts – took immediate and decisive action.  He did what any one of us confronted with an admitted child rapist would have done.

He forcibly threw the admitted sexual predator off the U.S. military base.

As I’ve noted before, this is a morally reprehensible and unthinkable travesty.

But now his situation has become much graver.  As we recently reported:

There has just been a disturbing development in the case of a soldier – a war hero – who is facing removal from the military for defending a child from abuse.

Green Beret Non-Commissioned Officer Sergeant First Class (SFC) Charles Martland needs you to speak up for him now more than ever after the Army Human Resources Command has recommended that he be kicked out of the Armed Services.  Though this recommendation is not final, it is a significant setback in the fight for his reinstatement.

A final decision on SFC Martland’s appeal could come at any day before the military’s deadline at the end of the month.

At the ACLJ, we’re aggressively engaged in a multi-pronged legal effort to do just that.  We’ve sent critical legal letters to President Obama, Army Chief of Staff General Mark Milley, Army Deputy Chief of Staff General James McConville, the chairmen and ranking members of both the House and Senate Armed Services committees, two letters to Secretary of Defense Ashton Carter, and most recently 19 letters to the leading veterans organizations in the country.

More than 270,000 Americans have joined us in this effort. (You can join them by signing our petition here, and you can also contact your Members of Congress with the talking points we’ve provided here.)

Already SFC Martland’s expulsion has been delayed once (until the end of this month).  And now 93 Members of Congress have responded by demanding an investigation into the military’s silence in the face of this rampant sexual abuse of children in Afghanistan, which the Special Inspector General for Afghanistan Reconstruction has just announced it will take up.

This is significant progress, but SFC Martland still stands on the verge of being kicked out.  A war hero’s honor is at stake.  And worse yet, America stands to lose one of our finest soldiers.

We must not and will not give up this fight.