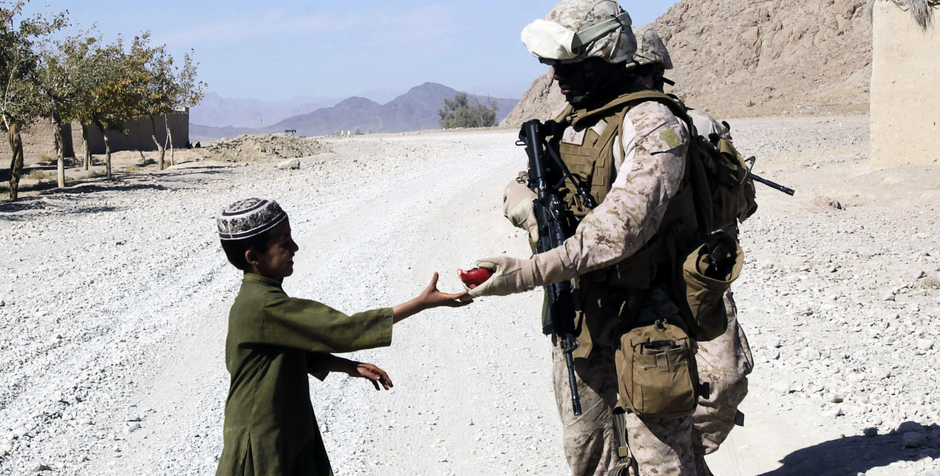 Many of you joined with us in advocating for the reinstatement of Sergeant First Class Charles Martland, an American hero who was facing expulsion from the military for intervening on behalf of an Afghan boy who was being sexually abused by an Afghan Commander. Fortunately, your voices were heard and they made a difference—SFC Martland has been allowed to continue his service.

However, the underlying problem remains. Children continue to suffer abuse in areas of the world where our military exerts influence.  Specifically, the practice of bacha bazi—which translates “boy play”—continues in Afghanistan. Even more troubling, there is no evidence that the U.S. has altered its policy in order to allow for intervention on behalf of these children.

Fortunately, Rep. Duncan Hunter has introduced H.R. 4717, the Mandating America’s Responsibility To Limit Abuse, Negligence, and Depravity (MARTLAND) Act. The MARTLAND Act seeks to make it the official policy of the U.S. that child abuse will not be tolerated on U.S. military installations. It appropriately states that child abuse should be confronted and stopped on both domestic and international U.S. military installations.

The story of SFC Martland and others suggests that our military has fallen short of its mission by adopting a policy of tolerance for this kind of disgusting child abuse. The practice is shockingly viewed as a “cultural norm,” rather than a gross violation of basic human rights. H.R. 4717 would ensure that this policy is corrected, and as a result, would provide protection for both the potential victims and the U.S. service members who exercise the moral obligation to intervene.

By enacting H.R. 4717, Congress would ensure that our military stands on the side of child abuse victims rather that the perpetrators of that abuse. We have just sent a crucial letter calling on the House Armed Services Committee to approve this important legislation. We will continue working to see this policy change enacted.

Stand with the ACLJ today and sign our petition supporting the policy of the MARTLAND Act today.

No child should be abused. No American service member should suffer for doing what is morally right. Join us in defending this hero and stopping child sexual abuse.