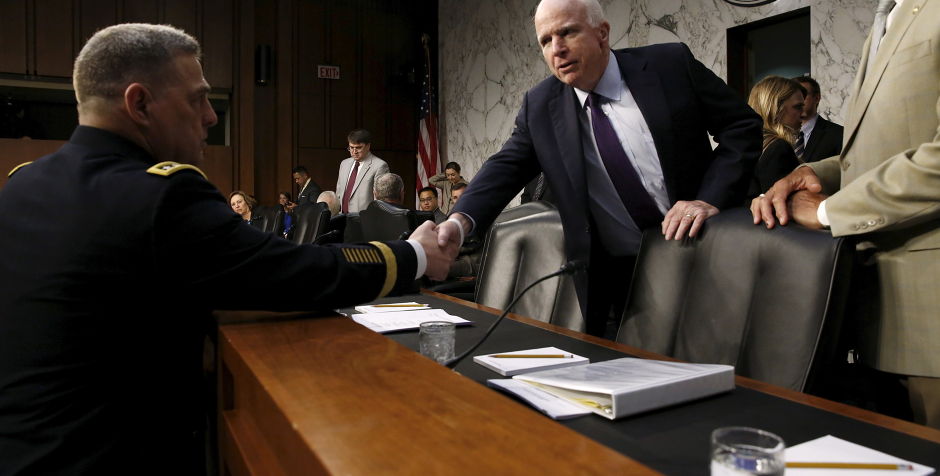 We’re gaining momentum in our work on behalf of Bronze Star Medal recipient, Green Beret Sergeant First Class (SFC) Charles Martland, who is set for expulsion from the United States Army for protecting a young child from extreme sexual abuse at the hands of an Afghan commander.

We’ve reported on the injustice of SFC Martland’s situation several times, going back to this past fall when the news broke.  At the ACLJ, we’ve engaged a multi-pronged legal strategy and our legal and government affairs teams are working tirelessly on our mission.  But we needed to hear from you.

We asked you to do three things to help us in our efforts to defend SFC Martland:  sign our Petition, call your Senators and Representatives, and spread the word on social media.  You’ve responded.  Almost 230,000 Americans have signed our petition.  Members of Congress are hearing from you.  The word is spreading on social media.  You’ve made your voice heard, and now we are amplifying your voice on Capitol Hill.

First, we respectfully urge you to inform your [congressional] Committee colleagues of this matter and about the injustice that is about to transpire.

Second, we respectfully urge you and your [congressional] Committee colleagues to convene a hearing to ask senior Army officials to justify before your Committee their punishing an outstanding soldier for intervening to defend a defenseless young boy from the sexual abuse of a corrupt Afghan official.

Third, we respectfully urge you and your [congressional] Committee colleagues to ask senior Army officials why, if his conduct had been so egregious, they had not barred SFC Martland from reenlisting and had, instead, allowed him to reenlist.

Fourth, we respectfully urge you to request that the Chairman convene a hearing to investigate reports cited in the press that Department of Defense officials had instructed Service Members not to interfere with the Afghan “cultural” practice of sexually abusing young boys.

Our letters emphasized how the Army’s punishment of SFC Martland “constituted a devastating blow in the battle to win the hearts and minds of everyday Afghans,” by empowering “rapists to continue committing despicable acts with defenseless children.”  We warned of the message SFC Martland’s expulsion sends to our troops.  And we explained how SFC Martland stopped abuse which constitutes a crime under United States military law, Afghan law, and international law:  Any order prohibiting our troops from defending young children from sexual predators would be unlawful.

We also called to attention the shamefulness of the apparent policy directing our soldiers to simply report such abuse up the chain of command – so that it could be reported to Afghan commanders.  This case highlights the absurdity of this policy:  The abuser was the Afghan commander.

The young victim’s mother begged the Army to protect her child from his abuser.  SFC Martland responded.  Now SFC Martland is being punished.

As momentum builds, the Veterans of Foreign Wars (VFW) announced its concern that “Martland is being punished for doing what I would hope anyone would do when encountering a wrong.”  The involvement of veterans organizations like the VFW is significant and an import step forward in turning the tide.

Our efforts, and yours, are beginning to yield fruit.   Our multi-pronged legal strategy to defend SFC Martland and others who are willing to do what is right in the face of abject evil is making significant progress. We will continue to advocate for SFC Martland and make your voice heard here in Washington. The time to speak, the time to act, is now.

If you have not yet done so, please sign our petition, contact your Members of Congress (using these simple talking points), and share your concern on social media.