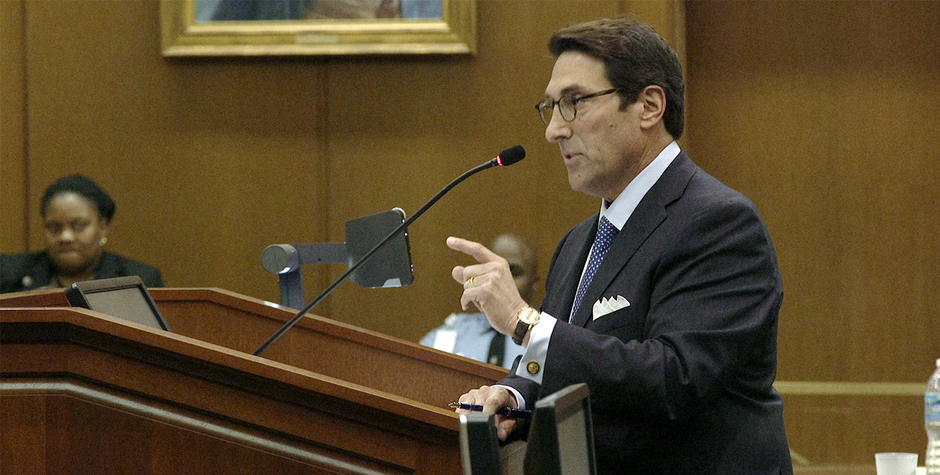 "It would be better for him if a millstone were hung around his neck and he were thrown into the sea, than that he would cause one of these little ones to stumble.” – Jesus, Luke 17:2.

A law in the state of Georgia that prohibits the online sexual exploitation of children was challenged in court earlier this year. A defendant, who was indicted for committing this very crime, absurdly called the law’s constitutionality into question.

The defendant in this case insisted that the law violated his First Amendment right to free speech. He claimed the First Amendment gave him – and others – the right to engage in evil behavior with children on the Internet.

In February of this year, ACLJ Chief Counsel Jay Sekulow led a team of senior attorneys and fought back. He was appointed as a Special District Attorney for the State of Georgia and worked tirelessly to prepare a Brief on behalf of the State.

He then presented oral arguments before the Supreme Court of Georgia and argued that “in light of the evolving threats modern technology poses to children, Georgia’s law stands as a shining example to other states.”

Georgia’s High Court agreed with Jay and the ACLJ team, upholding the critical law against the misguided legal attack – and the Court’s ruling was unanimous. By supporting the ACLJ, you helped us in this fight to protect all young children from harm. Thank you.