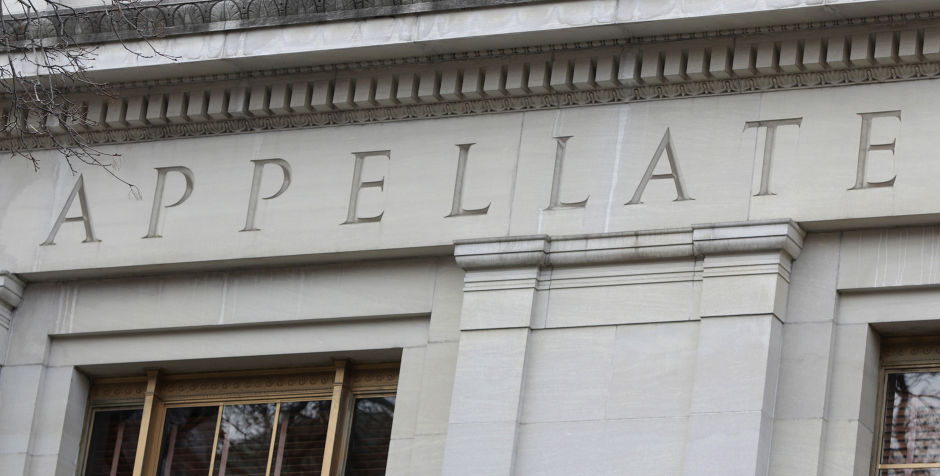 It’s one of the most stunning judicial opinions I’ve ever read.  It is as clear in its scathing retort of the Obama Administration’s IRS and DOJ as it is precise in its legal acumen.

In what can only be described as a judicial takedown, the Sixth Circuit Court of Appeals unanimously delivers a scorching rejoinder to the IRS and DOJ’s brazen refusal to comply with a federal judge (even calling into question whether the Department of Justice is even seeking to provide “justice”) in one of the ongoing federal lawsuits over the IRS targeting scandal.

What you are about to read (and if you have the time, the entire opinion is well worth reading) is the opening salvo – a line drawn in the sand – by the federal judiciary against the out-of-control, politically corrupt IRS and DOJ:

Among the most serious allegations a federal court can address are that an Executive agency has targeted citizens for mistreatment based on their political views. No citizen—Republican or Democrat, socialist or libertarian—should be targeted or even have to fear being targeted on those grounds. Yet those are the grounds on which the plaintiffs allege they were mistreated by the IRS here. The allegations are substantial: most are drawn from findings made by the Treasury Department’s own Inspector General for Tax Administration. Those findings include that the IRS used political criteria to round up applications for tax-exempt status filed by so-called tea-party groups; that the IRS often took four times as long to process tea-party applications as other applications; and that the IRS served tea-party applicants with crushing demands for what the Inspector General called “unnecessary information.”

Yet in this lawsuit the IRS has only compounded the conduct that gave rise to it. The plaintiffs seek damages on behalf of themselves and other groups whose applications the IRS treated in the manner described by the Inspector General. The lawsuit has progressed as slowly as the underlying applications themselves: at every turn the IRS has resisted the plaintiffs’ requests for information regarding the IRS’s treatment of the plaintiff class, eventually to the open frustration of the district court. At issue here are IRS “Be On the Lookout” lists of organizations allegedly targeted for unfavorable treatment because of their political beliefs. Those organizations in turn make up the plaintiff class. The district court ordered production of those lists, and did so again over an IRS motion to reconsider. Yet, almost a year later, the IRS still has not complied with the court’s orders. Instead the IRS now seeks from this court a writ of mandamus, an extraordinary remedy reserved to correct only the clearest abuses of power by a district court. We deny the petition.

The entire opinion is a blistering exposition of the IRS’s intractable refusal to comply with not only the law but the federal courts as well.

The Sixth Circuit highlights this mind-blowing statement from the federal district judge in this case (and yes what you are about to read is extraordinarily rare from a federal judge):

That statement, from a federal judge no less, cuts directly to the core of the IRS targeting scandal itself.  The Obama Administration’s IRS attempted to shutdown and silence conservative groups.  When it was caught, it attempted to stonewall and drag its heels with Congress.  Now it is trying to evade the reach of the federal courts.  It’s astonishing.

But what the IRS did next was even more brazenly astounding.  It filed a writ of mandamus, which is reserved for “‘exceptional circumstances’ involving a ‘judicial usurpation of power’ or a ‘clear abuse of discretion.’”

That’s right, the IRS accused a federal district judge of usurping its power, merely by requiring the IRS to provide simple information about the names of the IRS officials involved in the IRS targeting and a list of the groups targeted – a simple, legally required step in a class action lawsuit.

As with its persistent stonewalling in numerous congressional investigations, the IRS continues to rely on IRS code § 6103, which protects confidential taxpayer information from public disclosure, to shield its own illegal actions against those taxpayers.

The court here cut right through this argument, holding that the law “does not entitle the IRS to keep secret (in the name of ‘taxpayer privacy,’ no less) every internal IRS document that reveals IRS mistreatment of a taxpayer or applicant organization—in this case or future ones. Section 6103 was enacted to protect taxpayers from the IRS, not the IRS from taxpayers.”

The Sixth Circuit Court of Appeals concluded by “echo[ing]” the trial court’s exasperation with the IRS’s and DOJ’s tactics:

The lawyers in the Department of Justice have a long and storied tradition of defending the nation’s interests and enforcing its laws—all of them, not just selective ones—in a manner worthy of the Department’s name. The conduct of the IRS’s attorneys in the district court falls outside that tradition. We expect that the IRS will do better going forward. And we order that the IRS comply with the district court’s discovery orders of April 1 and June 16, 2015—without redactions, and without further delay.

This is just one of the ongoing cases against the IRS for systematically targeting conservative groups.  Our lawsuit at the ACLJ, on behalf of 38 targeted pro-life and conservative groups, is on appeal before the D.C. Circuit Court of Appeals, with oral argument scheduled for April 14th – fittingly the eve of Tax Day.  (You can read more about our case here.)

One thing remains clear; continued litigation is the only way to force the IRS’s hand, to expose the DOJ’s tactics, and to bring true justice to those patriotic American’s who were unconstitutionally targeted by their own government.

That is the battle we face, and that is why it is critically important to not only continue this fight in the courts, but to continue this fight in the public square.  (You can join our effort by signing out Petition to End the IRS abuse here.)  The injustice inflicted by the Obama Administration’s IRS must not be forgotten.  It’s the only way to stop it from happening again.