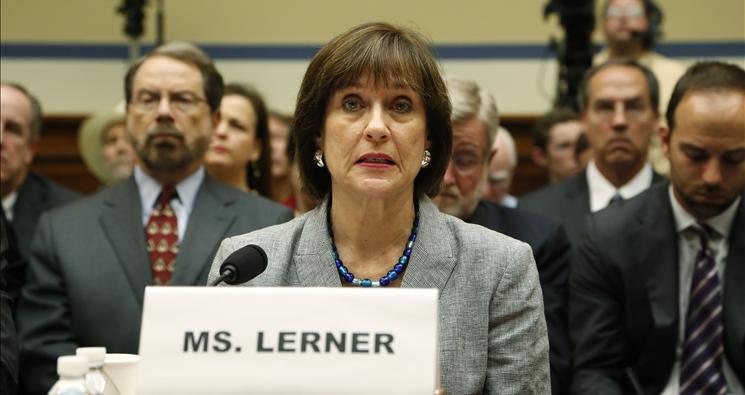 Lerner Colluding with DOJ and FBI

Still wondering why Lois Lerner took the Fifth or if there is indeed a “smidgen” of corruption in the IRS targeting scandal?

It now appears that the IRS was not only engaged in an illegal witch hunt of conservatives applying for tax-exempt status, but that it was actively pushing criminal investigation of already approved groups.

The latest revelations from the House Oversight and Government Reform Committee’s investigation of the IRS are that Lois Lerner sent the Obama Administration’s FBI a 1.1 million document file of then-current 501(c)(4) organizations.  This file, given to the FBI just weeks before the 2010 elections, contains legally protected, private taxpayer information.  In other words, Lerner and the IRS may have violated federal law by turning over the information to the FBI.

Recently, Lois Lerner emails revealed that she was involved in apparent talks with the Obama Justice Department about pursuing criminal prosecutions of tax-exempt organizations.

In fact, both of these instances revolve around communications between Lerner and Richard Pilger, Director of the DOJ Elections Crimes Branch.  It shows an ongoing collusion between the IRS, through Lerner, and the Obama DOJ to criminally prosecute the same types of groups that the IRS was targeting, while the IRS was targeting them.

The fact that the IRS withheld this information from Congress is just further evidence that the Obama Administration’s IRS is stonewalling the truth and is institutionally incapable of investigating itself.

Further, the sensitive taxpayer information the IRS turned over to the DOJ was legally protected and should never have been disclosed to the FBI.  Yet despite this illegality, that fact was never disclosed to Congress, and the IRS only now is requesting that the FBI return the files to the IRS.  With the FBI, the DOJ, and the IRS all directly implicated in this scheme to prosecute constitutionally protected political speech, using illegally obtained evidentiary materials, how can we trust the same FBI, DOJ, and IRS trio to impartially investigate the wrongdoing?

It clearly can’t be trusted.  It’s clearly time for a Special Counsel to independently investigate the targeting of conservative groups.  Sign the petition demanding a Special Counsel, as we continue fighting in federal court for the truth and justice for targeted Americans.