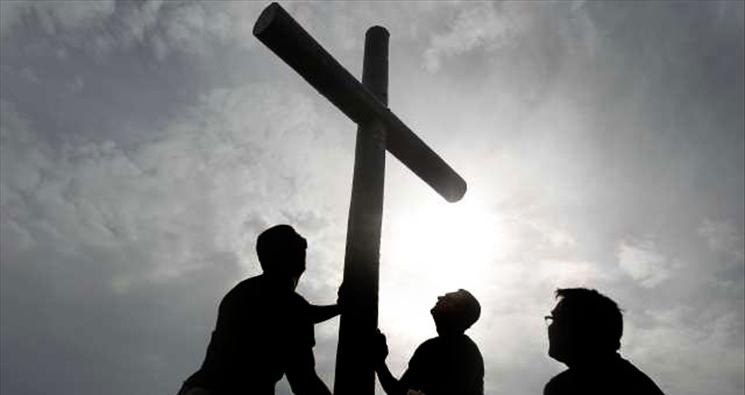 Fox News is reporting that in the coming days the Commandant of the Marines is expected to make a decision on whether to allow a tribute to heroes who gave their lives fighting for our nation to stand.

Last fall we told you about two crosses at Camp Pendleton that were raised by several Marines there to honor their fallen comrades, several of whom themselves were later killed serving in Iraq. An atheist group, the Military Association of Atheists and Freethinkers (MAAF), threatened to sue, calling the memorial an “exploitation of military service” that “sends a message of exclusion.”

We sent the Commanding Officer at Camp Pendleton a letter explaining why this cross – a symbol of sacrifice – should be allowed to remain in honor of those who paid the ultimate price in service to a grateful nation and how such symbols do not violate federal law or the Constitution. Nearly 45,000 Americans signed out Petition to Protect the Cross.

Colonel Nick Marano of the U.S. Marine Corp agrees, stating that the crosses were intended as “a fitting and a dignified memorial to their fallen comrades.”

The Marine Corps earlier announced that they were studying the issue and their “findings [would] be forwarded up the appropriate chain of command” for a final decision. That decision is now expected any day from the Commandant of the Marines.

The MAAF has already announced that if the cross is allowed to stay, they may file a lawsuit. We are monitoring this situation and will continue fighting to defend this memorial to our fallen heroes at Camp Pendleton.