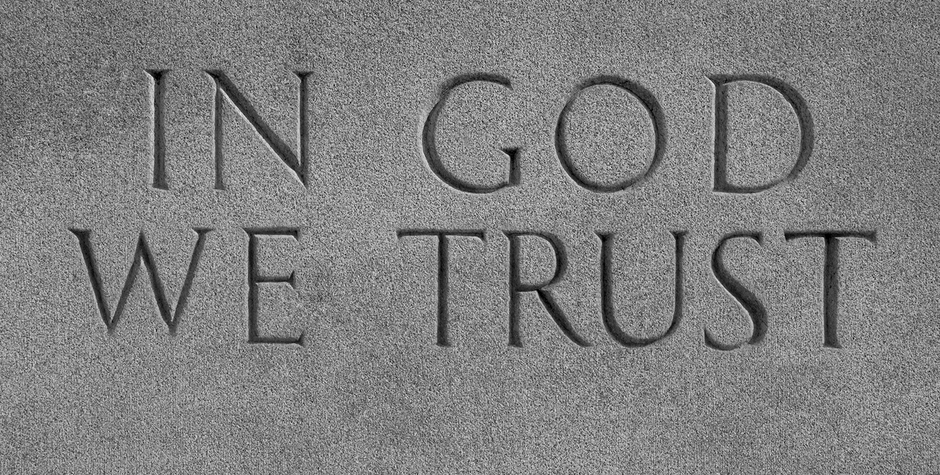 Litigious atheists never give up – at least when it comes to continuing their failing, but relentless, crusade against our National Motto – “In God We Trust.”  Appealing their latest defeat to the Court of Appeals for the Sixth Circuit, the atheists, represented by Michael Newdow, challenged the inscription of the National Motto on the Nation’s currency, claiming that the mere presence of the Motto on coins and paper currency violates their Free Speech and Free Exercise Clause Rights.

There is a long judicial history of atheists’ frivolous legal claims failing in federal court. We’re there to stand up for the Constitution and our country’s historical heritage every step of the way.

As we previously noted, Newdow and his fellow atheists sued in Ohio federal district court, alleging that carrying currency equated to governmental compulsion to speak in support of the National Motto and to bear a “religiously offensive” message, in violation of the Free Exercise Clause and the Religious Freedom Restoration Act. With your support, we filed an amicus brief with the district court.

In a short opinion that stood as a rebuke to the lawsuit’s frivolity, the Ohio court dismissed the lawsuit. The court ruled that the National Motto burdened neither the Plaintiffs’ free exercise nor free speech clause rights because plaintiffs were not compelled to do anything:

“No reasonable viewer would think a person handling money does so to spread its religious message. A person does not own the bills and coins printed by the United States Treasury. The government does not require citizens to display money. Money does not exist for the express purpose that it be observed and read by the public.”

Newdow filed an immediate appeal to the Sixth Circuit.

Today, we filed an amicus brief with the Sixth Circuit on behalf of a bipartisan group of 38 Members of Congress, and the Committee to Protect the National Motto, which consists of over 120,000 ACLJ members. We urged the court to affirm the district court’s dismissal of Newdow’s lawsuit.

Our brief explained to the court that “Plaintiffs’ quarrel is essentially with a foundational principle of America,” and “the national motto simply echoes the principle found in the Declaration of Independence that our freedoms come from God and not the state.” Our brief argues further that neither the free speech rights nor the free exercise rights of atheists are impaired by seeing the National Motto on the currency.  Placing the National Motto on currency does not force atheists to do anything. The National Motto is the government’s message and no one would attribute that message to atheists or to any other person who happens to carry money.

With your invaluable support, we at the ACLJ are doing all that we can to ensure that ardent atheists who waste federal court resources with frivolous challenges to the National Motto continue to find nothing but failure.

Our country’s heritage and history demand nothing less. Stand with us as we stand up for our National Motto. Sign our petition below today.