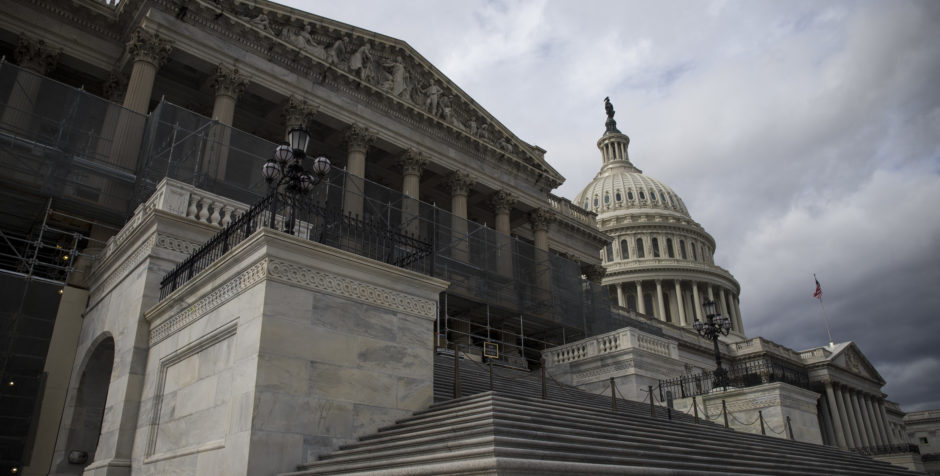 Working with the 116th Congress

It has been a busy week for the ACLJ Government Affairs department in Washington, D.C., as the 116th Congress completed its first full week of session.

First, we hand-delivered a welcome letter to each of ten new Senators and 101 new Members of the House of Representatives. We look forward to building or strengthening a relationship with each of these new Members and their staff. As always, our primary goal will be working together to protect the constitutional liberties of the American people.

Next, we filed a formal public comment on a critical Rule proposed by the Department of Health and Human Services (HHS). This Rule is aimed at ensuring proper adherence to federal law, which requires that ObamaCare insurance plans fully disclose whether abortion coverage is included and mandates separate billing and payments for such coverage. A failure to properly follow the law has been resulting in countless Americans unknowingly paying for abortion coverage. This new Rule will provide an important remedy, and we are strongly supportive of it.

Third, one of our highest priorities—legislation to combat human trafficking—was signed into law by President Trump on Wednesday. The Frederick Douglass Trafficking Victims Prevention and Protection Reauthorization Act, sponsored by Congressman Chris Smith (NJ), allocates $430 million to combat human trafficking and prosecute those convicted of engaging in this horrific crime. The enactment of this legislation is a significant victory.

Meanwhile, in an unfortunate and revealing development, all but four Democrats in the U.S. Senate banded together to filibuster legislation that supports the U.S. alliance with Israel. S.1, the Strengthening America’s Security in the Middle East Act, combines four pieces of legislation that previously had broad bipartisan support. The bill would commit to continued robust military aid to Israel, increased sanctions on the Syrian regime that continues to wreak havoc on the region, accelerated military partnerships with our ally Jordan, and a crackdown on the insidious Boycott, Divestment, and Sanctions (BDS) movement aimed at delegitimizing Israel while crippling it economically and diplomatically. Each of these efforts previously had overwhelming bipartisan support, but Senate Democrats chose to block passage of all four measures this week. We at the ACLJ encourage the Senate to reconsider this important legislation, and we call on every Senator to support the important measures included.

Also front and center is the continued negotiation between President Trump and Congress over funding for border security, including a physical barrier on the border. Unfortunately, while the White House has put a number of offers on the table, the new House majority is to this point unwilling to negotiate. As a result, a partial shutdown of 25% of the Federal Government enters its third week. We continue to urge Congress to fulfill its duty to fund comprehensive border security as well as enact responsible spending levels to fully open the rest of government.

Finally, we are heartened to see a number of bills that encompass several of our core priorities introduced into the new session. Included in the bills we are most closely monitoring are:

S. 109 – No Taxpayer Funding for Abortion Act (Sen. Roger Wicker – MS) – This important legislation would codify the Hyde Amendment, and expand it to ensure that American taxpayers do not pay for abortions. This prohibition would cover all of federal government spending, and is a critical pro-life protection.

As the 116th Congress continues to pick up steam, we will be sure to keep you up to date on the most important issues being considered. Thank you for standing with us and making your voice heard on these and other important issues.