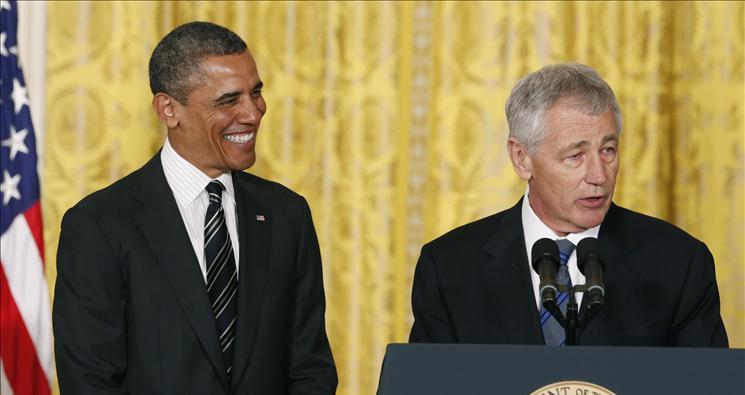 Why to Oppose Chuck Hagel’s Nomination

It is unquestionable that the Secretary of Defense is one of the most important cabinet level positions in any presidential administration. With Iran quickly pursuing nuclear weapons, Israel under constant threat from terrorists, and growing instability in the Middle East, the secretary must be someone who understands these threats and who is willing to stand in defense of our most important ally Israel.

Former Senator Chuck Hagel is not such a man.

Even before his nomination, many on both sides of the aisle warned President Obama that a Hagel nomination would face severe opposition. The Washington Post’s editorial board recently put it succinctly; “Chuck Hagel is not the right choice for defense secretary.”

Among the reasons to opposed Hagel’s nomination, including his desire for “huge cuts” in defense spending that could leave America vulnerable abroad, two stand particularly disturbing to evangelicals and many Americans: Israel and Iran.

Chuck Hagel has repeatedly stood against Israel and the American people’s support for our greatest ally in the Middle East.

From blaming the “Jewish lobby” to snidely quipping, “I’m not an Israeli senator,” he has not only made clear his opposition to the Israeli people but he has stood in direct opposition to the American people who support Israel. Hagel was the only member of the U.S. Senate to refuse to sign a letter condemning anti-Semitism in Russia.

Also problematic: his stated goals for a “solution” to the strife between Israel and Palestine.

Instead of calling on the Palestinian people to reject terrorism and sit down at the negotiating table with Israel, he has said that, “Terrorism is not a strategy.” He has repeatedly called for direct talks with the terrorist groups Hamas and Hezbollah, enemies of the state of Israel.

In fact, it was then-Senator Hagel who refused to support efforts to label Hezbollah as a terrorist group.

Not only has he stood in opposition to American interests as Israel’s ally, he has also taken a very troubling stance towards the radical Islamic Republic of Iran.

As a U.S. senator, Hagel consistently opposed sanctions against Iran and urged direct talks with a nation known for being a state sponsor of terrorism. He voted against labeling Iran’s Revolutionary Guard a terrorist organization. He repeatedly voted against sanctioning Iran, and was reportedly solely responsible for blocking sanctions against Iran for its growing nuclear program, as recently as 2008.

Hagel has repeatedly called for “direct, unconditional, and comprehensive talks with the government of Iran” – a position that puts him squarely against long-standing U.S. policy toward the radical regime.

This is the same Iranian regime that imprisons Christians and other religious minorities, including Pastor Youcef who was re-imprisoned on Christmas day for two more weeks before again being released and American Pastor Saeed Abedini. Saeed stated in a recent letter that while in prison, “one day I am told I will be freed and allowed to see my family and kids on Christmas (which was a lie) and the next day I am told I will hang for my faith in Jesus.” His case was recently turned over to one of Iran’s “hanging judges.” This is the same regime that calls for the destruction of Israel and its people, and directly defies international sanctions against its nuclear program.

When it comes to Iran and Israel, Hagel is far outside the mainstream.

The American people, especially Christian conservatives, stand unwaveringly in support of Israel and the Jewish people. As Christians we share common bonds with the people of Israel, common values, love of freedom and respect for human life. As we have said before, our support for Israel is more than just spiritual. In addition, to scriptural promises like, “I will bless those who bless” Israel, as Americans we support Israel because Israel is our greatest ally. In the Middle East so full of radical regimes that oppose American interests, Israel stands with us in defense of freedom and democracy.

Hagel’s statements and actions have called into question whether he can be trusted to support and defend our ally Israel.

The Republican Jewish Coalition and many others have said that the “appointment of Hagel would be a ‘slap in the face’ for pro-Israel Americans.”

At the ACLJ, we were one of the first to engage in a grassroots effort to defeat Hagel’s nomination, and already over 110,000 Americans have signed our petition opposing this anti-Israel nominee.

We believe it is not in the best interest of our Armed Forces, our foreign policy, and our longstanding relations with those nations who have always stood by our side to nominate someone who continually displays a propensity to oppose our allies and appease those who stand in direct opposition to our freedom, values and way of life.

Jordan Sekulow is executive director of the American Center for Law and Justice (ACLJ). Matthew Clark is an attorney at the ACLJ.