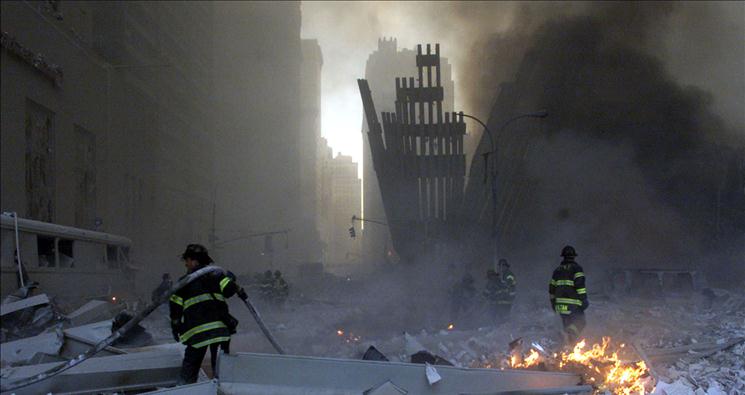 9/11: The Case for Controlled & Sustained Rage

Every year on the eve of 9/11, my wife and I show our older kids pictures from the day. And every year I feel a fresh sense of rage at the attack.  It’s a puzzling phenomenon of politically correct American life that almost immediately our media and national leadership began a long process of emotional de-escalation, a process that continues even after eleven years of war and continual, wholesale atrocities from our enemies. While nothing could shield the families of the fallen from the pain and reality of their loss, the networks “spared” the rest of us the worst of the images. And they “spare” us still today.

I’ve said this before, but if there is one lesson I learned during my own deployment, it’s that our enemy is far more evil than most Americans imagine. Their evil should trigger rage — a controlled rage — and it certainly does for our soldiers downrange. A morally depraved country attacked like we were on 9/11 would lash out wildly and indiscriminately, annihilating its enemies and anyone in their proximity. A morally weak country would shrink back, timidly, complying with terrorists demands. But our nation has largely responded in the right way, with a righteous anger that has in part sustained us through eleven years of continual conflict — a war that represents the most focused application of violence in the entire history of warfare.

Every September 11, I’m proud of my country. I’m proud of the men and women who sacrificed themselves on Flight 93 — our first counterattack in the War on Terror. I’m proud that the entire day of September 11, 2001, was marked and characterized by profound examples of American heroism, compassion, and decency. I’m proud that our nation has fought longer — with an all-volunteer military — than the jihadists ever thought we would (turns out we’re not so “soft” after all). And I’m proud that throughout that very long war, we’ve been neither depraved nor weak, but have focused our attacks on our enemies while sacrificing to defend the defenseless, at home and abroad.

On this eleventh anniversary, take a moment to view once again the images not just of that terrible day but also of the war that has followed. And when you do, remember that you are right to be angry — and that anger should renew your resolve.